If our starting point is the notion that a house is defined by the various needs of its users, then it is a good idea to build it using separate portable modules, each designed for different purposes. It’s easy to split this cabin into its individual elements, such as the kitchen, the bedrooms, the communal and storage areas, and the bathroom. Different combinations of these transportable units can then be put back together without difficulty.

This cabin is a passive house which operates using solar energy. The builders were inspired by the Plug-In Social project in Argentina. Plug-in Social used simple solar panels to supply hot water to impoverished communities in the suburbs of Buenos Aires. According to plans, green energy will also be used inside the Hello Wood cabin. Heating, for example, will be supplied via a Trombe wall which absorbs and stores the heat from the sunlight and then lets it into the living area through air vents.

Solar energy can also be used for cooking in the ‘solar kitchen’, where Fresnel lenses help collect the heat from the sun’s rays. The communal area in the middle is covered by a transparent polycarbonate roof, under which plants could even be grown, like in a greenhouse. 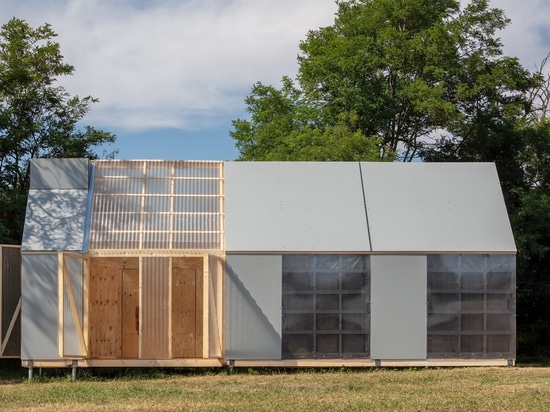 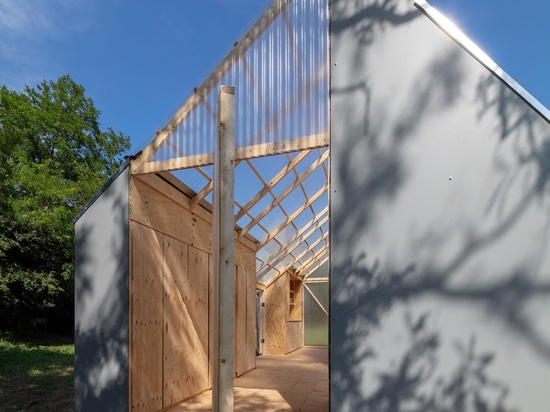 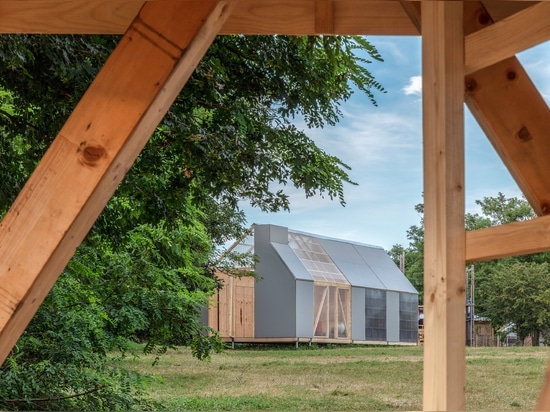 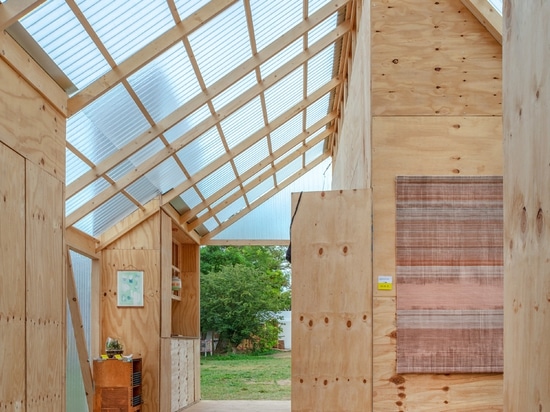