Mecanoo's 141,000-square-metre National Kaohsiung Centre for the Arts, described as the "world's largest performing arts centre under one roof", is now open in Taiwan.

Enclosed beneath a bulging 34,843-square-metre roof, the building is known as Weiwuying, after the neighbouring park.

It contains four new indoor performance venues: a 2,236-seat opera house is located at its centre, with a 1,981-seat concert hall, a 1,210-seat playhouse and a 434-seat recital hall arranged around it.

There is also a fifth performance venue – the building's roof dips to touch the ground, forming an outdoor theatre facing the park.The building's flowing roof is defined by the scale and arrangement of the four auditoriums contained within.

"We wanted to develop a new typology, one that takes advantage of the local climate, culture and size of the programme, explained Nuno Gonçalves Fontarra, associate partner at Mecanoo.

"The typology of the building is a hybrid between a single block and a complex of several individual venues," he told Dezeen.The art centre's auditoriums are all accessed from a covered foyer, named the Banyan Plaza, which runs throughout the building around the venues, creating a publicly accessible area for people to gather.

"All venues are connected by a public square like it would happen in a complex of several buildings," explained Fontarra.

"The difference in our case is that this space is covered and unified with a continuous language. By generating this urban public void – a cave-like space – it serves as a protected retreat from the busy urban environment, in the same way people meet and greet in the shade of the banyan trees."Banyan trees, which are commonly found in the region, were the starting point for the creation of the building's overall form.

"A cultural building of enormous scope and prestige, Weiwuying is based on the local banyan tree, and made by the local shipbuilding industry," said Francine Houben, founding partner and creative director at Mecanoo."The banyan is a very large and striking tropical tree. In Kaohsiung, everyday events, encounters and gatherings take place literally beneath the banyan trees," she continued.

"As I spent time in Kaohsiung, and studied the shape of these magnificent trees, they revealed a formal language that gave us the overall theme for our design.""The plaza works like a banyan tree, gathering and sheltering people while allowing easy movement in and out," said Houben.

"With its walkways and informal spaces, it allows people to do all the things they do beneath a banyan tree – even create impromptu performances."Above this covered plaza are the building's other facilities, including rehearsal and event spaces, restaurants and an art gallery. The technical areas, which serve the theatres, are located below the foyer space.

According to Mecanoo, each of the four auditoriums has its own identity, layout, acoustics and ambience. The concert hall is designed with a vineyard style, the recital hall is more intimate and the opera house is more grand."All the venues have very different functions and that is materialised in a totally different seating and room layout," said Fontarra.

"The concert hall has a vineyard layout, the opera house is designed in the historically famous horseshoe shape, the playhouse is fully adaptable to a range of layouts, therefore the arrangement is of a thrust theatre."The seats in the concert hall and recital hall are a champagne colour, while the opera venue has red seats and the theatre's seating is "Mecanoo blue".

National Kaohsiung Centre for the Arts is built on the site of a former military base. It forms part of a newly created 47-hectare park, alongside the existing Weiwuying Metropolitan Park in the east of the city.

Mecanoo has also recently completed a vast law court in Córdoba, Spain, and transformed a gasworks in the city of Hilversum, the Netherlands, into a residential neighbourhood featuring cylindrical apartment buildings. 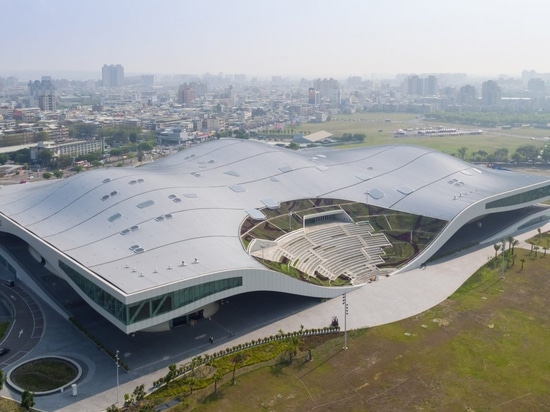 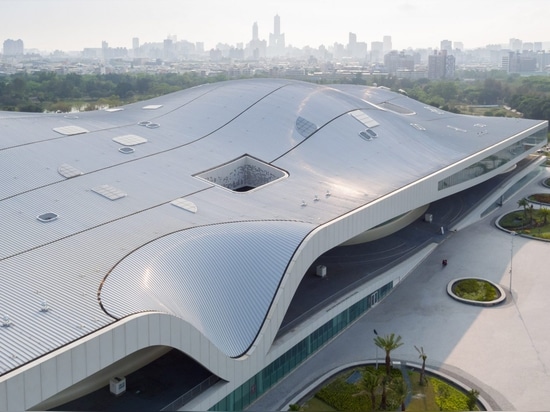 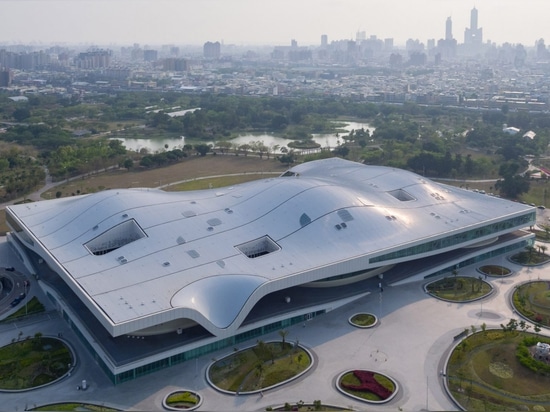 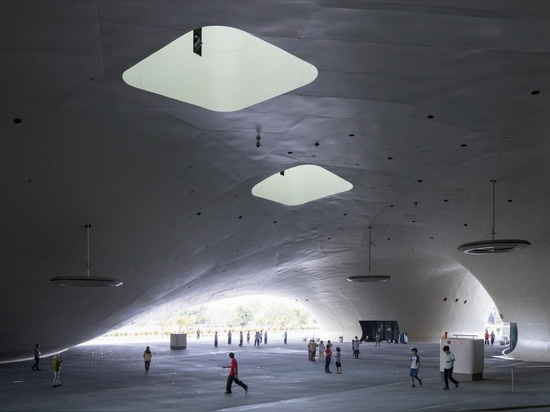 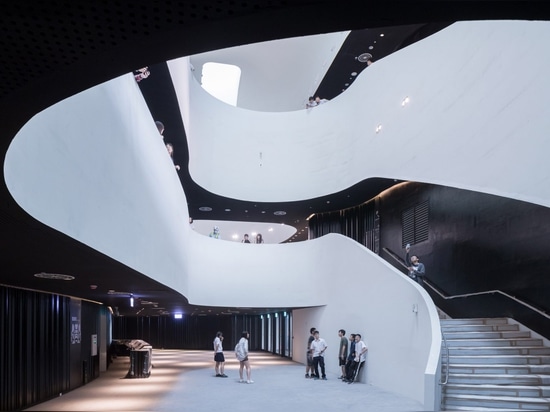 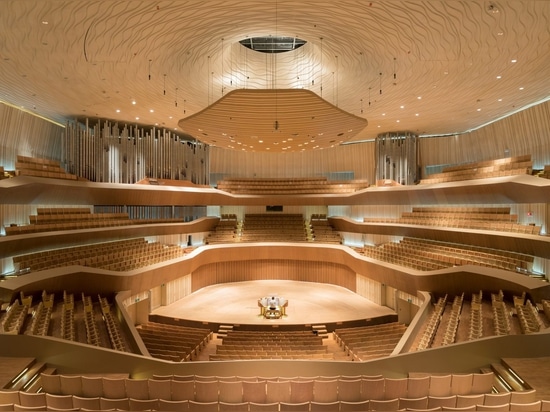 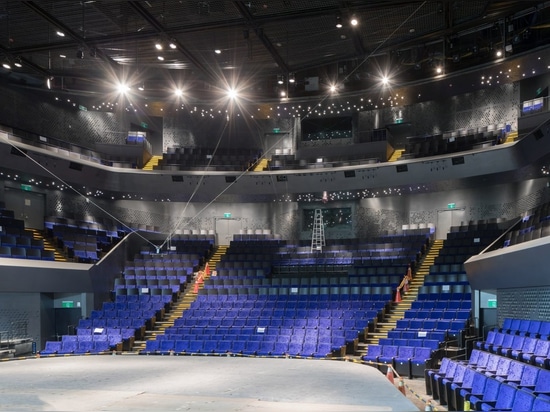