Central + Wolfe designed by HOK is a curvy clover-shaped Silicon Valley campus inspired by the biological structure of the buttercup – with sustainable and creative credentials.

Biophilic design is taken to a new level at Central + Wolfe designed by HOK, where the office campus not only features green space, green walls and vast expanses of windows, yet actually resembles a buttercup in shape, engineered to reflect the biological properties of the common little plant that gives you the small pleasure of a yellow chin.

A nearby neighbour to Apple Park, the Silicon Valley campus throws a refreshing curveball into the expanses of boxy architectural parks that occupy the valley. The clover shape of the building features three ‘petals’ within which are three floors of office space above a ground floor filled with amenities.Inside the offices, the floor plates are open plan, ripe for collaboration, ceiling heights soar with low partitions to let light and air circulate. Floor to ceiling expanses of glass create daylight-filled working environments on each office floor – occupants are never more than 40 feet from a large window, claim the architects.

‘The development team and land owner (Jay Paul Company), had held the land in their family for generations,’ explains Paul Woolford, design principal at HOK San Francisco and architect of the Central + Wolfe campus. ‘It was originally orchards, then it became a series of single story, tilt-up concrete panel buildings where computer chip fabrication and design occurred. That morphed into new uses of mostly technology companies and those who support them.’

The brief outlined that the campus could be either leased to multi-tenants or a single user, and to reflect this in the design. The campus had to be a place were many tenants could feel comfortable working side by side, yet also be perceived as a bespoke campus or headquarters for a technology client. ‘Hence one facility with three front doors…. which we accomplished!’ exclaims Woolford.

HOK also successfully increased the floor to area ratio, under scrutiny from the local planners, achieved top level sustainability credentials and designed a campus that has originality – elements that were all outlined in the brief.

Inspired by a simple little flower, originality and sustainability went hand-in hand: HOK used a biomimicry strategy based on the structure of the buttercup – its reflective qualities, ability to track the sun and to collect solar energy. The team examined the three layers of the outer epidermis of the petal, that each work together to create the reflection of the yellow colour on an external surface.

The building’s concrete floor slabs extend out beyond the boundary of the plan to create built-in sunshades to protect the glazing: ‘The multilayered light shelves – inspired by the layered petals of a buttercup – both shade the building interior from heat gain and glare, and assist deeper penetration of daylight into the workplace,’ says Sean Quinn, performance and sustainable design director at HOK San Francisco of the design.

It was HOK’s decade-long partnership with Janine Benyus’s team at Biomimicry 3.8 that has resulted in a series of ecologically focused projects, explain Woolford and Quinn. By bringing the biologist to the design table, the sustainable approach was deeply integrated within the design.

As well as layers of outdoor terraces, courtyards and green spaces across the campus, the two-storey parking podium is covered with a green wall. The curves of the building reflect the undulating landscape of northern California with the Santa Cruz Mountains in the distance, while cool microclimates are created in the courtyards with sun-loving and shade tolerant plants placed carefully in relation to the passage of the sun. 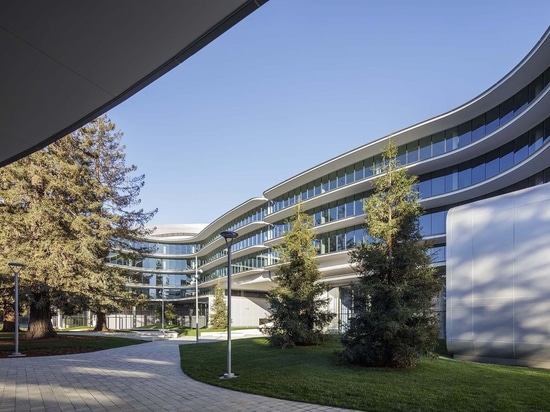 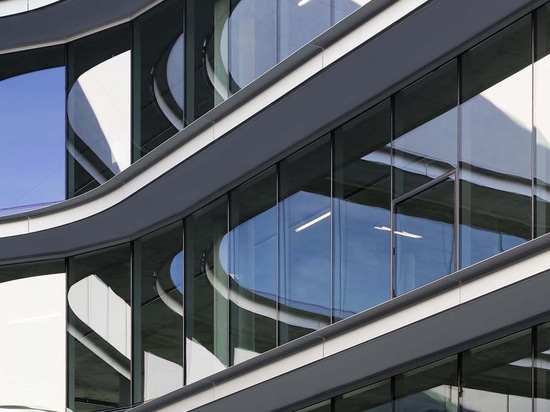 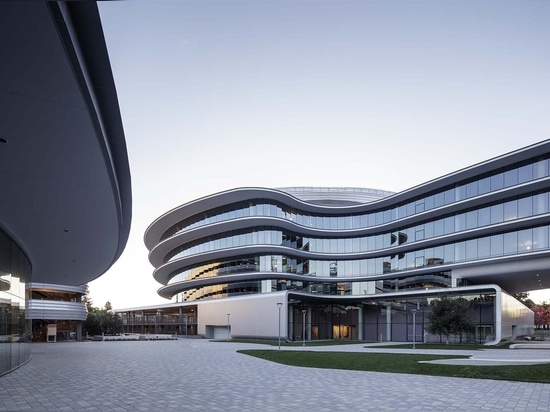 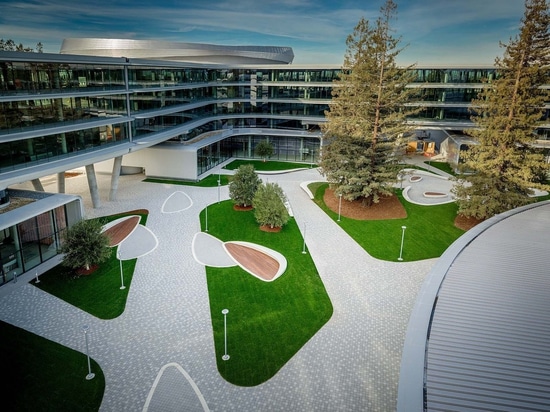 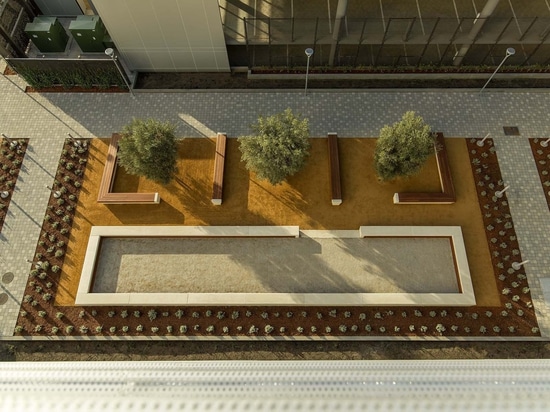