Beijing-based design practice MAD Architects has broken ground on the Courtyard Kindergarten, a striking adaptive reuse project that transform a traditional siheyuan courtyard from the 1700s into the site of a creative and colorful kindergarten.

Located in Beijing, the project aims to preserve the cultural heritage of the site while injecting fresh life through the addition of new structures, including a “dynamic floating roof” that surrounds the historic courtyard. As with many of the firm’s projects, the design features curvaceous elements and is evocative of a Martian landscape.“There is a saying in old Beijing when children are naughty: ‘if you go three days without being punished, the roof will cave in,’” said MAD principal Ma Yansong of one of the inspirations behind the eye-catching rooftop, a place the firm describes as “full of magic — a playful escape for the children that is a symbol of freedom and endless imagination.” Designed as the primary space for children to engage in outdoor sports and activities, the multicolored floating roof will curve around the siheyuan’s existing hipped roofs and tree canopy and will also feature an undulating landscape of several small ‘hills’ and ‘plains.’

Classrooms, a library, a small theater and a gymnasium will be located below the roof in a new building with an open-plan layout that’s surrounded by walls of glass to let in ample natural light as well as views of greenery and the historic buildings next door. The building will also wrap around three existing ancient trees, creating miniature courtyards where children can connect with nature. The Courtyard Kindergarten will accommodate 400 children between the ages of two and five.

The design aims to reconcile new and old elements, from the existing modern building on-site that was built in the 1990s to the nearly 400-year-old courtyard. Having just broke ground this month, the Courtyard Kindergarten is expected to be completed and operational in the fall of 2019. 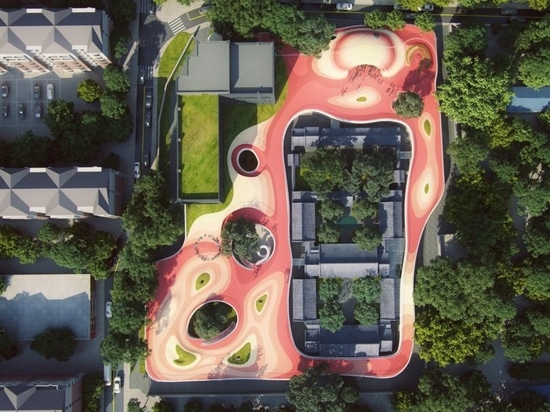 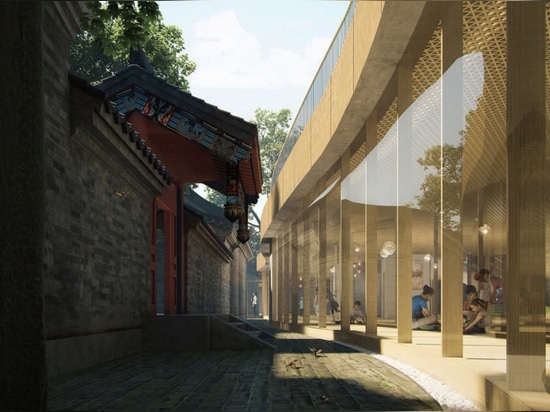 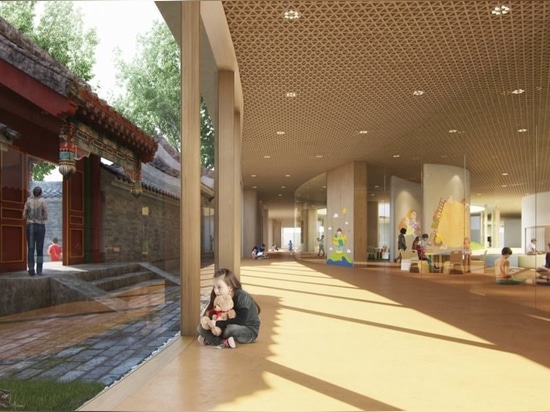 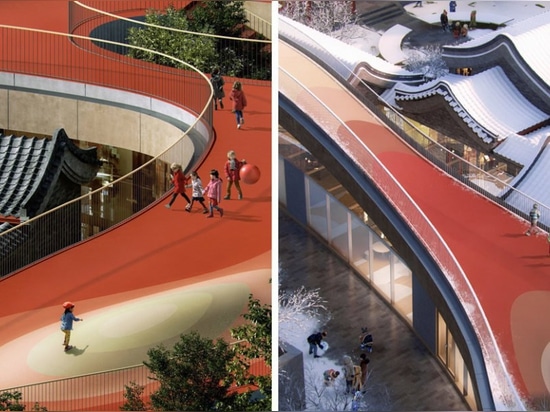