A design of a pedestrian and cyclist bridge connecting the San Francisco Bay waterfront and Palo Alto.

News: a team led by 64North Architecture has won a competition to design a pedestrian and cyclist bridge connecting the San Francisco Bay waterfront and Palo Alto – home to some of the world's leading technology companies.Called Confluence, the winning design is a weathered steel structure that spirals gently up from the ground and is supported by a series of cables extending down from an arch that spans the width of the 14-lane 101 freeway.

Proposed by 64North Architecture, HNTB Engineering, Bionic Landscape Architecture, and artist Ned Kahn, it is described by the architects as "the first curved network cable arch of its kind"."At the confluence between Adobe and Barron Creeks, the Adobe Creek Pedestrian & Cyclist Bridge creates a new multifunctional, more forward-looking infrastructure," said a statement from 64North.

"Drawn from the trajectories of the cyclists moving along it and the sinuous waterways that trace the edges of San Francisco Bay, it is designed not as an icon but as an experience, creating a more consequential relationship between Palo Alto and the Bay."

The deck of the bridge will be 45 centimetres thick. It has been designed to be as thin as possible, allowing the profile to be lowered and maximising visibility through the structure.

"A gateway over the freeway, it is slender, structurally efficient, and cost effective, with excellent seismic performance, eliminating supports in the median and between US 101 and Bayshore Road, increasing safety and future flexibility," added the architects.

Cycling and pedestrian paths will be provided on separate paths that cross over each other, circling a new pond on the bay side, that will be used for treating stormwater collected by the structure.

A boardwalk over the city's protected marshland is also to be included for pedestrians on the west side, before crossing over the motorway.

"Twin pathways over the Baylands integrate structure within their solid interior rails, levitating over the sensitive landscape below with piers nearly 100 feet apart," said the architects.

"West of the freeway bicycles are outboard, maximising their turning radius; here, pedestrians are oriented outward, the walkway expanding to provide a space to birdwatch, rest on a bench, and take in the view."

A new public space with seating and bicycle repair facilities is to be incorporated on the east side of the bridge.

The structure has been designed to be built off-site and rolled into place once the foundations have been completed, meaning the road will only have to be closed for one night to install the bridge.

An artwork by Khan will also be added, with hundreds of polished stainless steel discs attached to the cables of the bridge, to enable them to spin in the wind and creating patterns of reflected light. 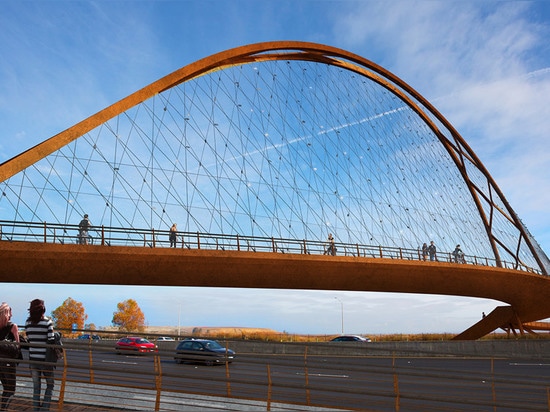 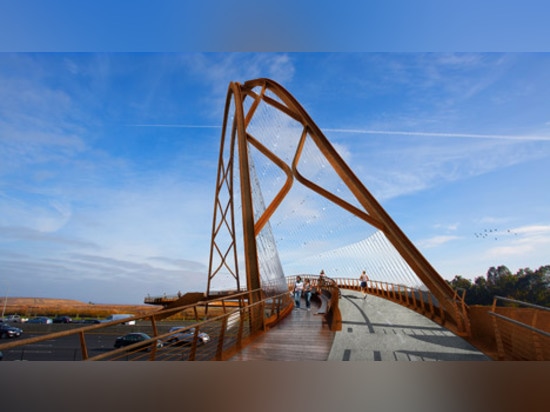 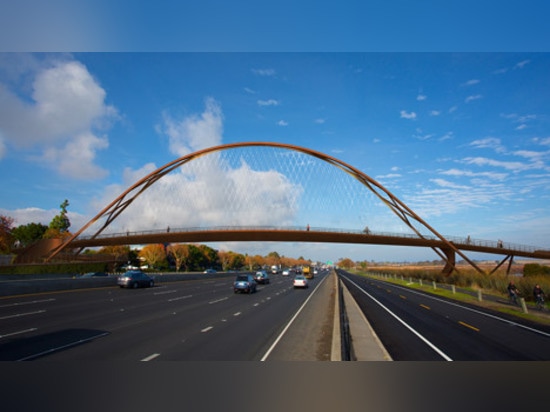 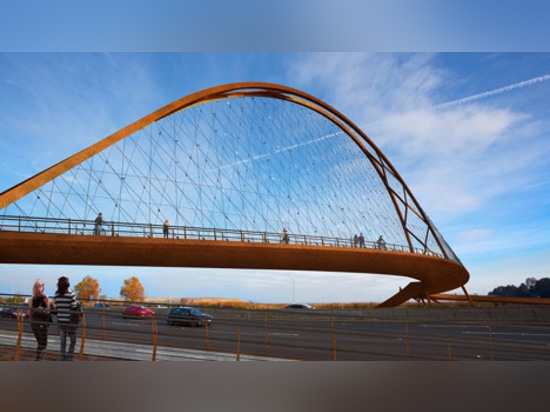 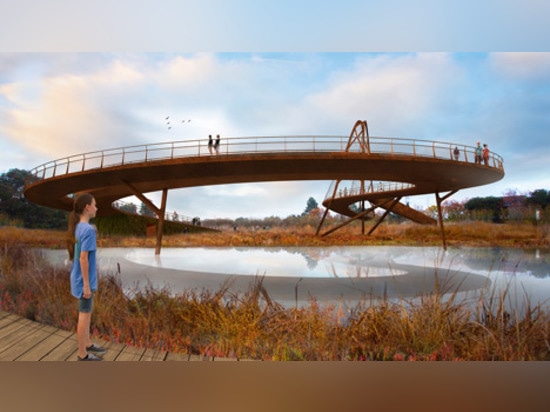 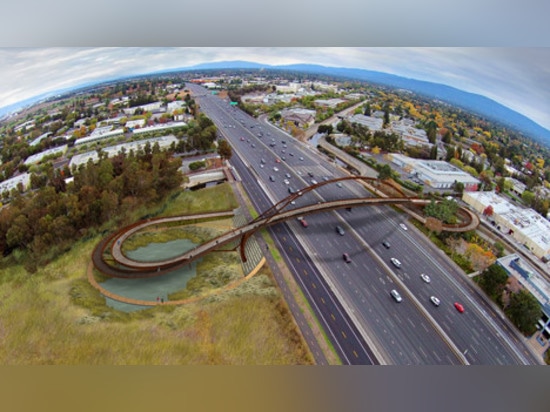 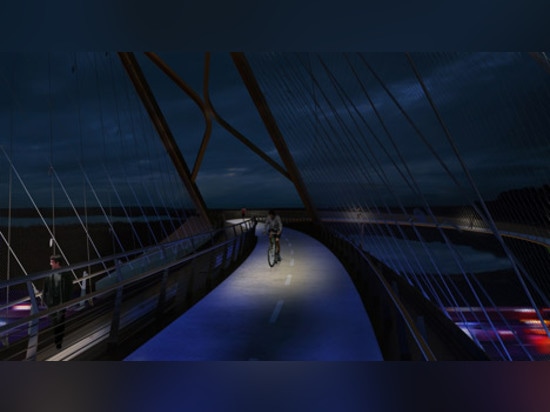