architectural practice 2001 has completed hercule, a monolithic concrete single-family house in mondorf-les-bains, in the south of luxembourg.

architectural practice 2001 has completed hercule, a monolithic concrete single-family house in mondorf-les-bains, in the south of luxembourg. situated between an old farmhouse and a suburban villa, the residence emerges from the ground like ‘the tip of an iceberg’, emphasized by the stepping of its plot which occupies a residual portion of land at the front.

the luxembourg-based studio has divided the home in three levels based on the topographical constrains of the site. the basement gathers all the technical functions, including the garage; the entrance, the wardrobe, the laundry room, the fitness & spa area, the wine-cellar and the kitchen, as well as the dining-room and the living area, both of which are arranged in a single space of 14 x 6m, and open completely on the south-west side via a patio. the two upper floors accommodate the bedrooms and bathrooms.

2001 has achieved maximum privacy for the residence’s lower ground by allowing only the two upper floors to be visible from the street level. different approaches define the façades: to the south, a blind béton brut wall works as a beam for the upper two floors, while the north elevation opens onto the garden, framing different landscape elements. the east and west façades, oriented towards the street and the garden, are treated as curtain walls with a solar protective glass.

‘the project results in a multifaceted artifact, an architectural bastard, dealing with the context complexity and defining vital spaces for a young family in the 21st century’, notes philippe nathan, founder of 2001. 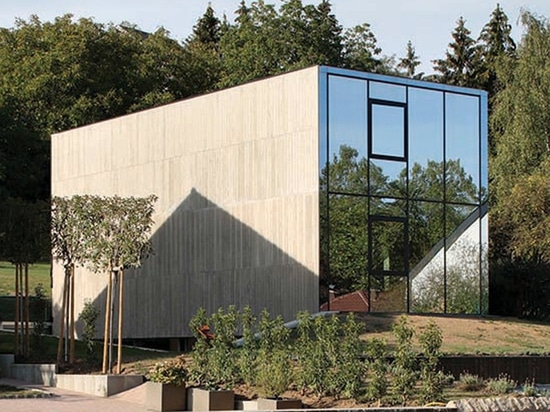 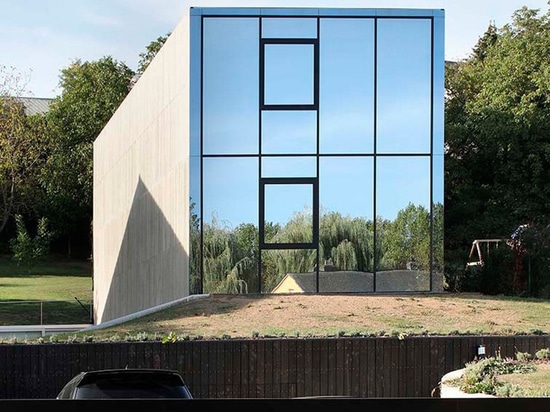 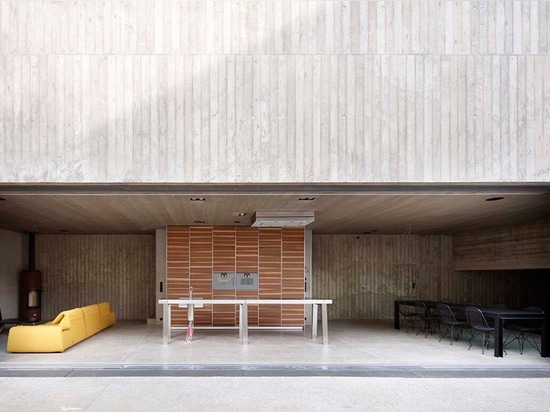 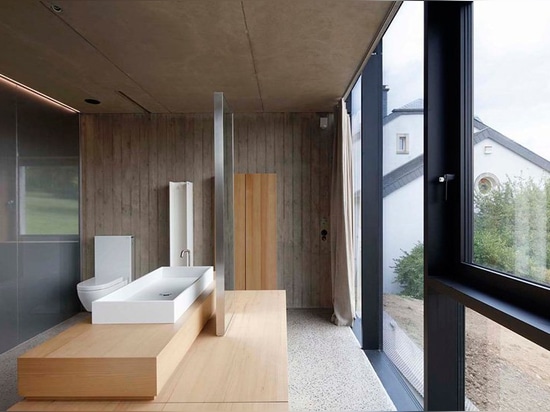 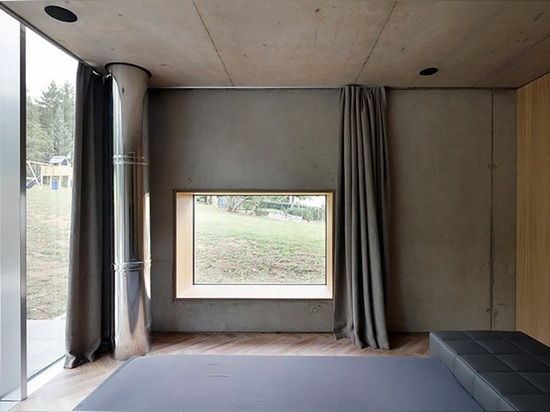 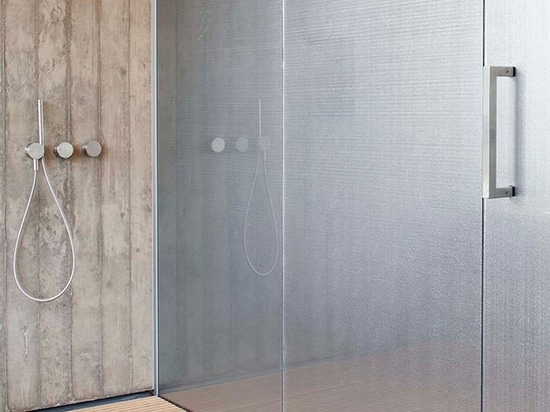