first revealed in 2016, bjarke ingels group’s ambitious proposal for residential project titled ‘KING toronto’ has been approved for construction. new imagery has been unveiled of the mixed-use development which spans nearly 600 feet along a new network of public space that extends from st. andrew’s playground south to the waterfront. together with distinguished development firm westbank, and partner allied properties, BIG envisions that the project will create a new center for the community in the form of a pixelated vertical landscape that embellishes the adjacent heritage buildings.

in the design of KING toronto, BIG took influence from moshe safdie’s iconic 1967 montreal housing project, habitat ’67. the clustered, terraced organization forms a pixelated topography of stepped homes which, as a whole, form four mountain ‘peaks’ and valleys. the formation optimizes both light on the public realm and views from each home. KING toronto is sited in a densely pedestrian neighborhood, unlike the car-oriented context of habitat ’67, and encircles a public courtyard animated by commercial space. KING toronto will be constructed of glass block. its materiality will both complement the brick masonry of its traditional context, while offering a luminescence through its reflectivity and translucency.

in a recent interview with bjarke ingels and ian gillespie (founder of westbank), ingels illustrates the nature of the project within its context: ‘it has this sort of self-grown character,’ the danish architect told designboom. ‘it would be like when you see some older buildings where nature has taken over, the vine has gotten a little bit too big. in this case, because of the combination of the glass brick and the greenery, it has a different feeling. it’s as if this sort of organic thing has grown out between and over the existing buildings.‘

while considering the human experience in the seasonal toronto landscape, westbank, allied properties and BIG have brought in landscape architecture firm, PUBLIC WORK. for the design of KING toronto’s vertical landscape, PUBLIC WORK was tasked with maximizing the amount of greenery in each urban space and to create a ‘living skin’ for the building. this extends from the courtyard landscaping, to the glass blocks and green façade, all the way to the terraces and roof. the collective roofscape of 370 individual garden terraces forms a tapestry of living textures. each private terrace garden will support seasonal and evergreen vines that climb and plants that cascade from terrace planters. see designboom’s previous coverage of the project here. 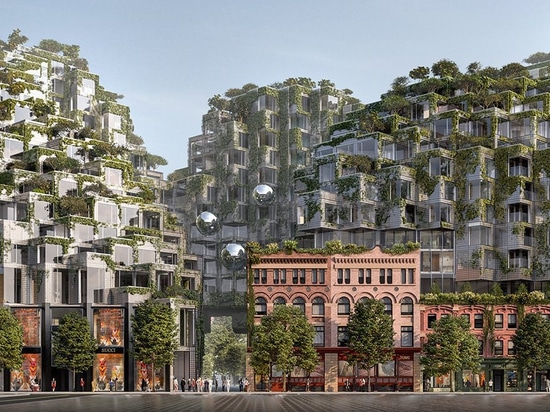 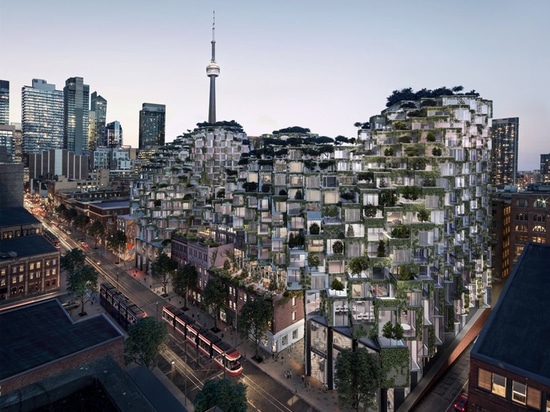 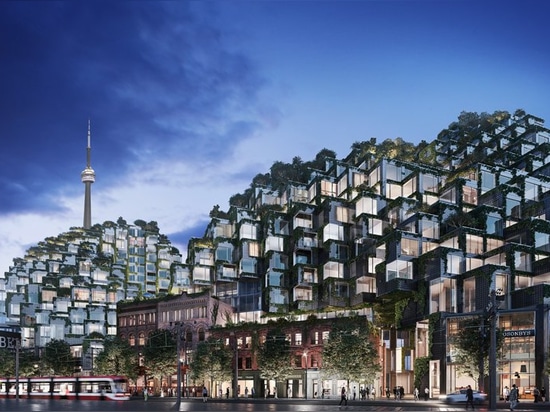 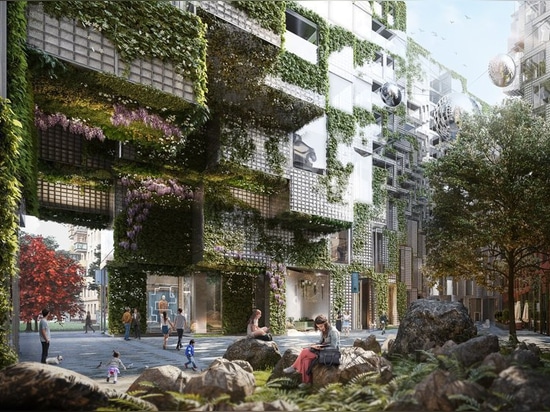 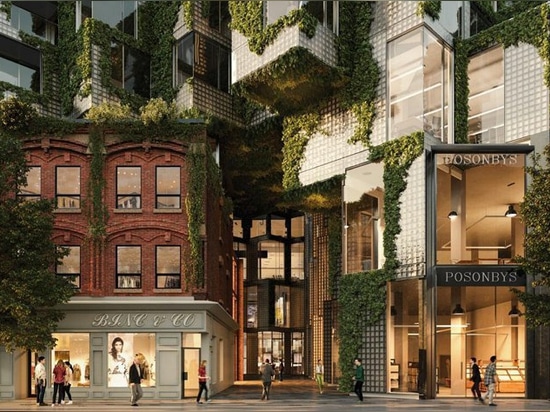 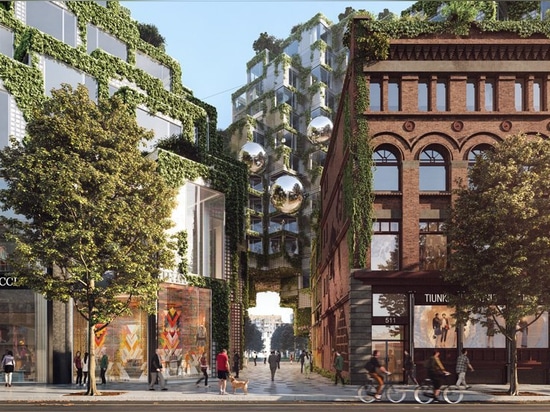 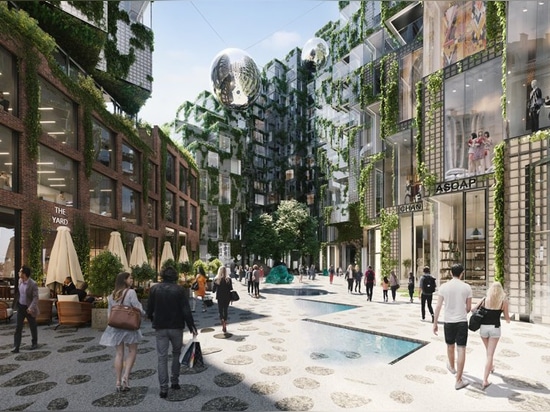 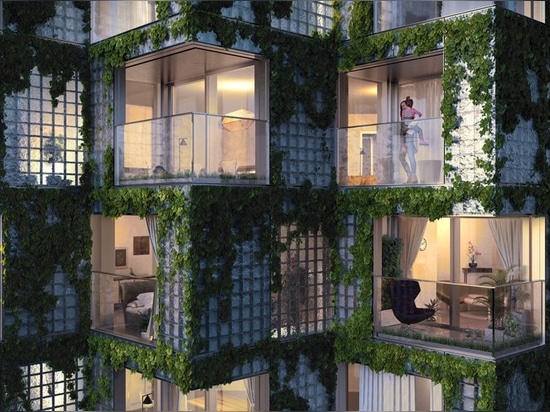 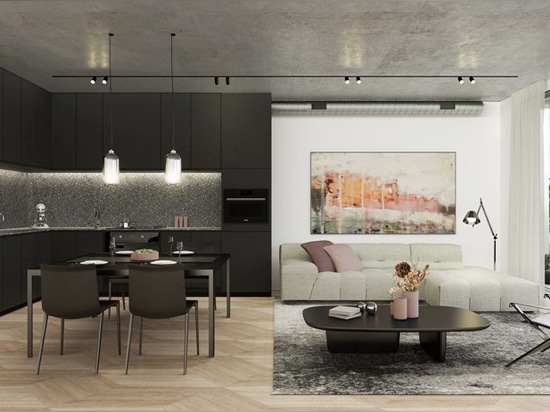