Reed Watts Architects have completed new building housing new rehearsal studios and catering kitchen for the Regent’s Park Open Air Theatre in Westminster, Central London. The 480m2 project was built in just seven months amongst the protected Royal Parks trees and brings together the theatre’s operations onto one site for the first time in its 86 year history.

Regent’s Park Open Air Theatre is a uniquely located cultural institution that hosts audiences of over 1,200 people each night during the summer. Reed Watts’ designs respond to the woodland setting with subtle contextual architecture that works with and celebrates its surroundings.

The structure is constructed from a prefabricated, cross-laminated timber (CLT) panel system. This lightweight structure was erected quickly (during the winter season when the Theatre was closed) and required relatively small foundations, thus reducing the impact on neighboring tree roots. Externally, the building is clad in a band of darkly stained larch at the base, with a crown of textured cladding at higher levels. The cladding has been designed so that it presents a black restrained façade to public sides (Inner circle and Nannies lawn) with a richer golden texture visible from the Theatre.

Located in the far corner of the site the new structure is surrounded by mature trees, and so the approach is recessive and thoughtful design, which reads as a natural extension to the existing Theatre buildings along the boundary edge. At ground level, the new space is split into two with a new catering wing providing food for audience and staff which is wrapped around the double-height studio. The floor above provides further rehearsal spaces and a green room.

The new studio is an innovative and adaptable rehearsal space that suits the needs of the theatre’s productions including dancers, actors, and acrobats who had previously relied on off-site facilities. The open 14.3m x 10m studio includes 4.1 high ceilings and a full height mirror and curtain, natural light and a glimpse of the adjacent trees is provided via roof lights and a large framed window, all which can be blacked out by integrated blinds. The studio also includes sprung floor which has a Harlequin vinyl finish with underfloor heating. The space is mechanically ventilated (and cooled) from ductwork at a high level.

The new kitchen facilities double the catering space that was previously on the site which allows the theatre to improve and broaden its food offer. The kitchen provides stations for 5 chefs and also includes a server which colorfully opens out pre-show onto the picnic lawn. In a further reference back to the woodland setting, the CLT frame is exposed in circulation spaces including the stair which leads to further rehearsal spaces and green room on the first floor.

Given the sensitive nature of the site extensive consultation was required with Westminster, Royal Parks, and local stakeholders to secure planning permission and conservation area consent. This is the second project on the site for Reed Watts having completed backstage storage works last year. Future works, planned for next year, include landscape enhancements and modifications to some existing buildings to further improve the unique site. 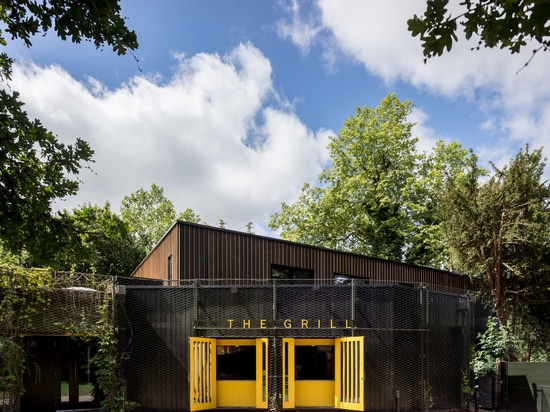 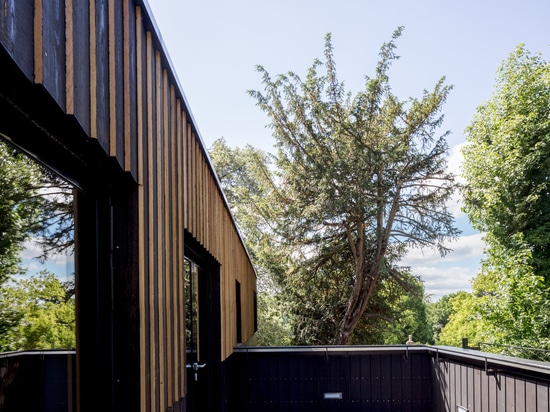 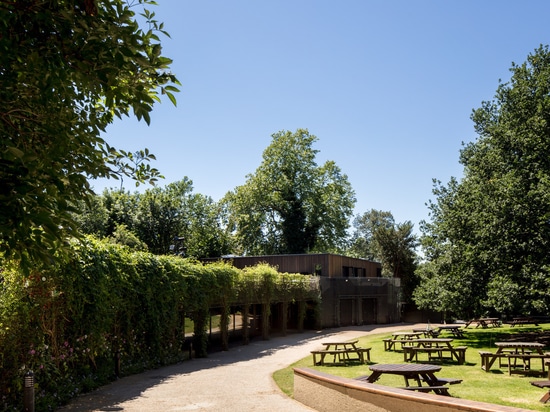 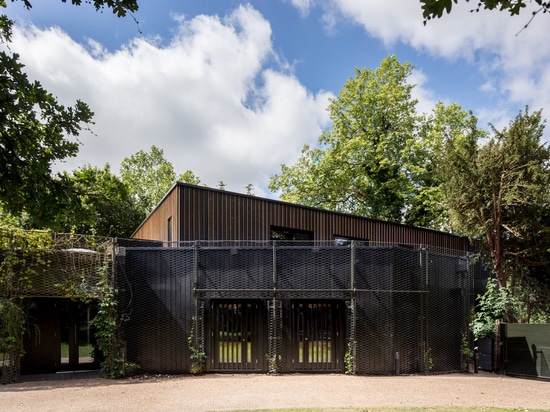