‘flolony’ is a changeable buoyancy floating housing unit, made up of a mobile naval architecture piece equipped with autonomous energy and developed on a geometry which enables the vessel to adapt to any marine conditions, even the extreme ones.

Developed by italian studio hov, the structure has the upper part always out of the water, controlled by systems that can guarantee the maximum supply of vital elements (light and water), useful for the residential/productive metabolism of the colony.

in this project simulation, a realistic social model is applied to the structure: the building cost of the colony is divided into shares per person according to the number of inhabitants, as well as the costs for maintenance, services, crew, etc. nevertheless, the structure of the colony does not exclude the implementation of more supportive social models, in which the participation to livelihood activities and services is equally distributed among the occupants, if a crew is not present, and the professional activities are carried out by the inhabitants themselves (doctors, pilots, engineers, on board and production technicians, teachers, instructors, operators, etc.) in both cases, the colony represents a complex organism and activates a system of relationships among the inhabitants that is typical of small and tightly connected groups, and also represents an alternative to the social models characterized by collective intelligence. both models, which are antithetical ones according to the bifurcation theory, could be the ongoing result of the IT era.

flolony conceives a housing unit in a marine environment, where a community of individuals chooses to live a short or long part of their lives on the open sea. as for the essential services for life, the unit is autonomous and, according to its potential configurations and equipment, it can be independent (therefore with no need of external supplies) for periods varying from a few months to several years. moving along marine routes within the temperate/equatorial zones and following the direction of the main streams, the colony maintains its energy balance using ocean thermal energy conversion – OTEC, sun energy, wave power and the methods of collection and use of high-temperature waters originating from deep thermal sources.

flolony is a structure made of double and triple steel layers and aluminum. its changeable buoyancy is regulated by compensation basins that permit a float-on/float-off range of about 36.5 meters. this allows it to face extreme marine conditions and, in the same way, to keep its buoyancy on the surface level when there are optimum marine conditions. the unit is divided into 19 main decks and 10 secondary (or partial) decks, for a total amount of 29 levels. in the immersed section, besides the compensation basins, there are fish farming basins, habitats for farming products, systems for the collection and treatment of precipitations, a desalination plant, storages of potable water and fuel, emergency diesel/electric engine-generators, an electric propulsive system, a stock area for the converters of wave power, technical special areas, etc. accommodation units, cultural and entertaining spaces, schools, scientific and medical laboratories, pilot house areas, bridges, technical and navigation instruments, mechanical plants for air change/treatment, production workshops and laboratories, green areas, play and sport areas, etc. are situated in the changeable buoyancy section and in the emerging section. 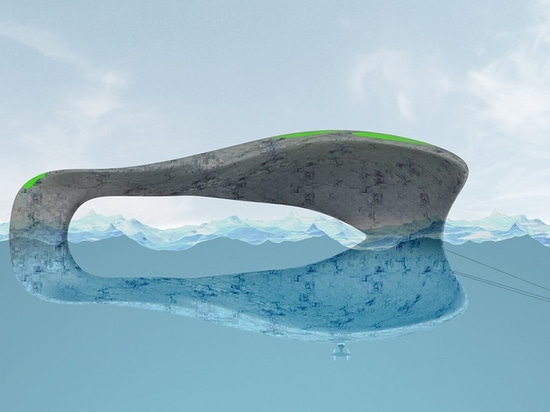 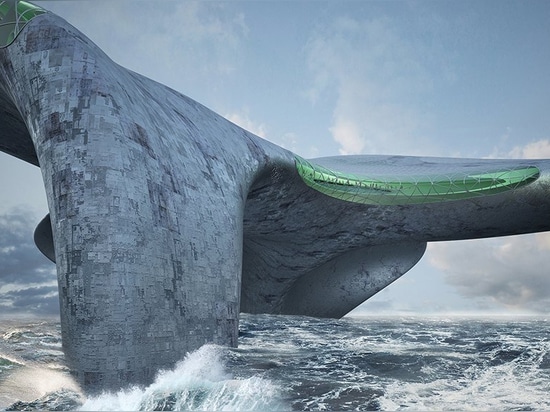 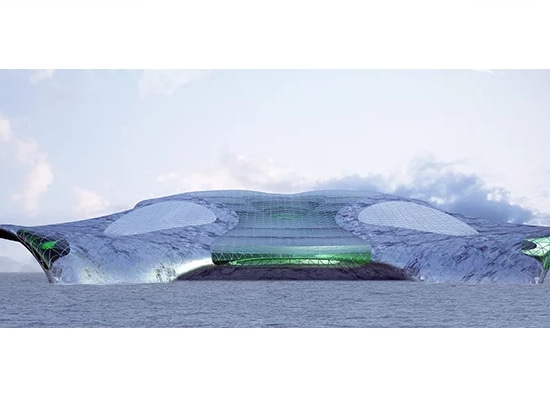 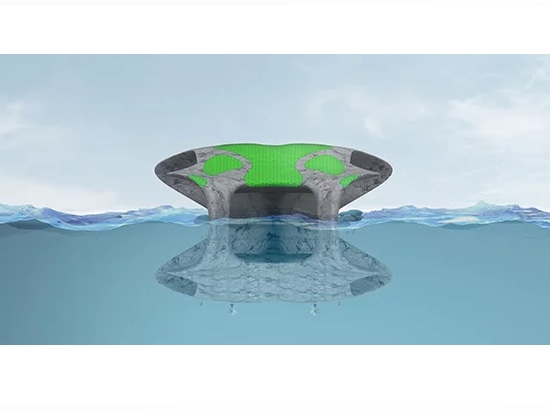 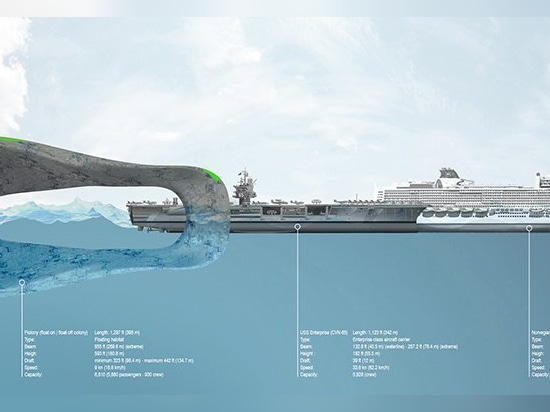