Digital billboards are to cover the stacked blocks of MVRDV's Taipei Twin Towers, which replace an earlier vision by Maki and Associates.

MVRDV's Taipei Twin Towers is to be built over Taipei's Main Station, intersecting a key public transport hub to create a new district for shopping, leisure and tourism.

Maki and Associates originally won a competition to design a pair of towers for the same site. It is currently unclear when the design switch occured.

In MVRDV's new plan, wonkily stacked blocks will be wrapped in screens that the Dutch practice – led by Domus guest editor Winy Masas – hopes will lend the area a level of vibrancy akin to the bright lights of New York's Time Square.

While the upper levels of the two towers are to be formed of singlularly stacked boxes, theirs bases will be comprised of clusters of smaller blocks designed to offer fragmented surfaces for more dynamic screens.

Plazas surrounding the towers (measuring 337 and 280 metres in height) replace existing parksland with amentities such as a tourist information point, and events and cultural spaces in a bid to revitalise the primary entranace point to the city, which Maas describes as an “anti-climax”.

Expressed escalators linking a roof garden on each tier making up the base of the development are shown connecting with an elevated walkway that runs parallel with an existing highway. Despite the firm's Seoul High Line fame, this raised walkway displays no hints of greenery, which instead are reserved for the plaza below.

The practice has now prosed a number of projects with an animated facade, including an office block in Germany with a mirrored interactive cladding.

No start or completion date has been given for the project. 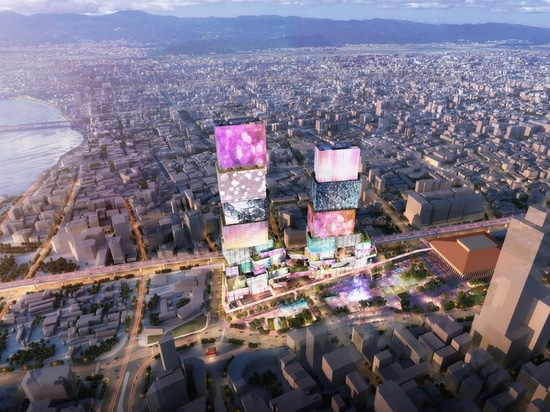 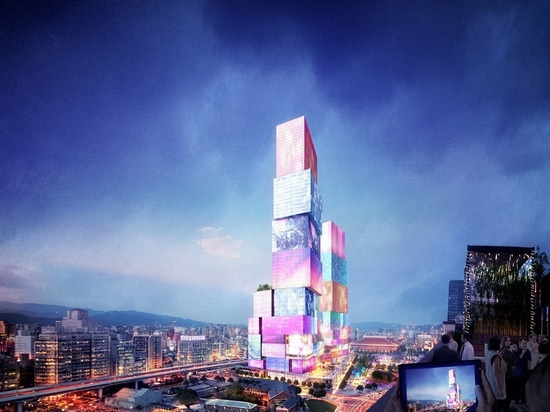 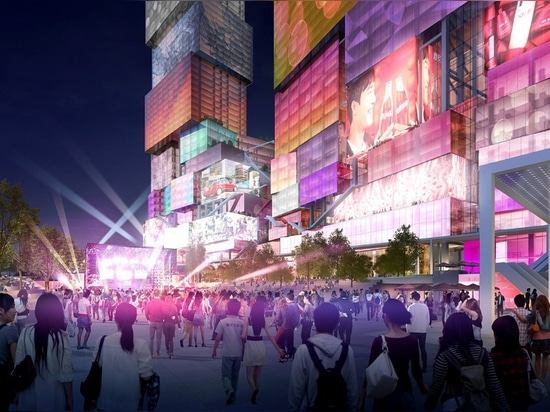 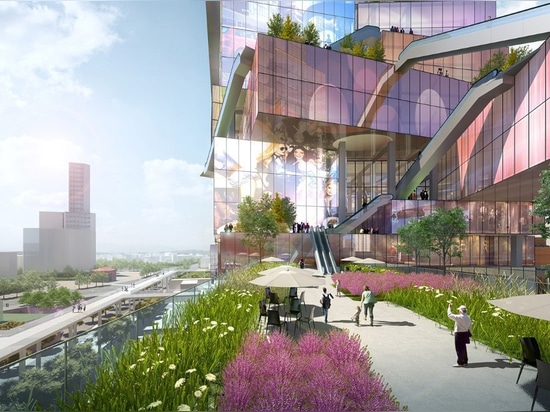 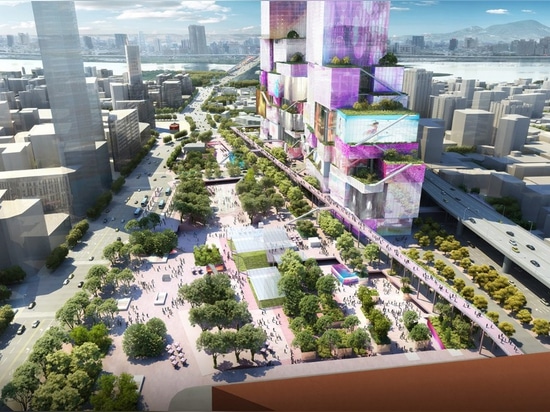