alongside local partners mayer/reed and dialog, international studio snøhetta has been chosen to complete the willamette falls riverwalk at the site of a former paper mill in oregon city.

the project aims to create a waterside destination that connects people to the falls, as well as a the region’s downtown district – an emerging location within the city. once completed, the scheme will give the public access to the united states’ second largest waterfall for the first time in over 100 years.

‘the magnetism of willamette falls is the genesis and spirit of place,’ explain snøhetta. ‘the new design will provide an experiential glimpse of the fall’s power, one that transports visitors deep into history and highlights its ephemeral qualities.’

the plans illustrate the site’s complex material layers as a portal to the pacific northwest’s collective history, while simultaneously telling the story of local workers and industrialists. while the preliminary renderings demonstrate the team’s initial approach to the site, the final design for the new riverwalk will be the result of an extensive public engagement process – encouraging local residents to contribute towards the site’s regeneration. 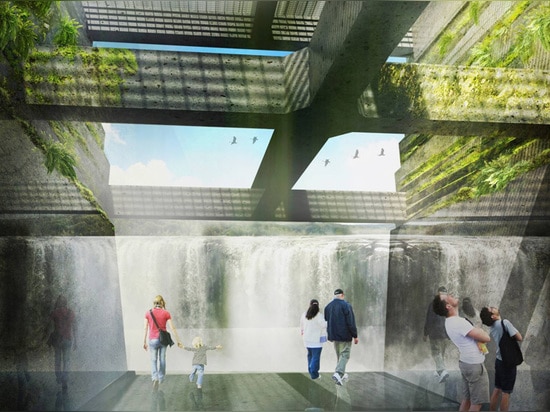 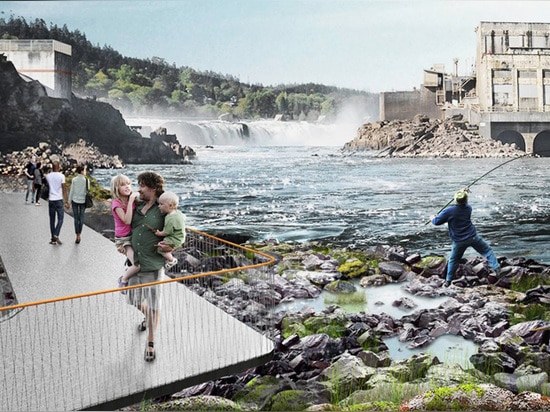 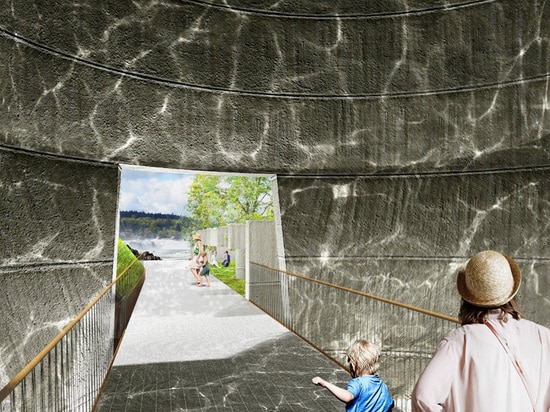 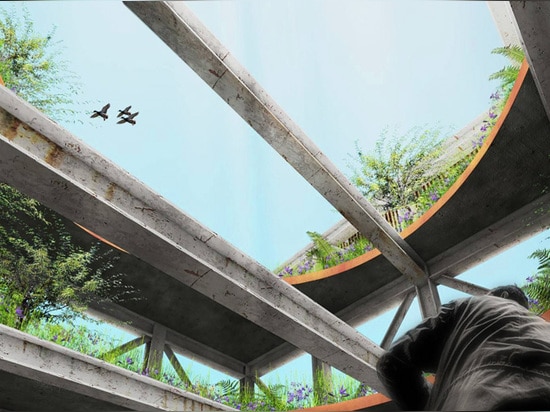