Craftworks has added a vaulted ceiling and lower ground floor to a derelict chapel to create this south London house, which is the winner of the 2019 Don't Move, Improve! award.

A simple pitched roof with triangular skylights gives a subtle hint of the dramatic structure now inside the shell of this converted chapel in south London. The home, named The Chapel, has a modern gothic vault reminiscent of the churches of German architect Gottfried Böhm.

"The unhallowed status became the protagonist for architectural intervention," said Craftworks. "Axis, narthex, fan vault, nave and crossing were recast with similar dwelling archetypes."Overlooked on all sides, and with strong local opinion on how the chapel should be retained and used, a balance was struck by retaining the outer structure and digging out a new lower ground floor.

"The programme for a family house needed to surgically dovetail into the existing shell, whilst allowing creative freedom within an internal transfiguration," explained the architecture studio.

Four bedrooms, bathrooms and a study sit on the new lower ground floor, while the original space has been entirely given over to an open-plan dining and kitchen area, flooded with light from the skylights and a series of thin arched windows.

A dark wood-clad staircase leads up from the lower ground floor, with the spaces representing the divide between "day and night, heaven and earth", according to Craftworks.

On the ground floor, further reference has been made to religious forms, here reinvented for the activities of cooking, eating and studying.

A fireplace has been inserted as though it were an altar and opposite an angular, wood-clad pulpit hides a bathroom, above which sits a small mezzanine occupied by a private study.

The entirety of the inner volume is a "pearly shell" of waxed lime plaster, chosen to contrast the exterior of reclaimed bricks and slate roof tiles.

Around the house, a landscaped garden designed by Jane Brockbank Gardens creates a "hidden sanctuary", continuing the faceted forms of the roof with criss-crossing weathered steel borders.

Craftworks have previously worked on the same site, converting one of the adjacent convent buildings into four homes. 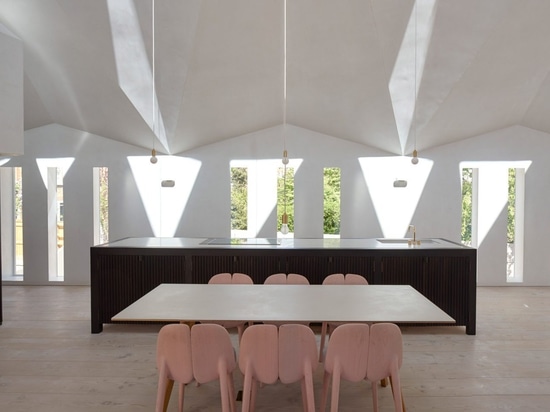 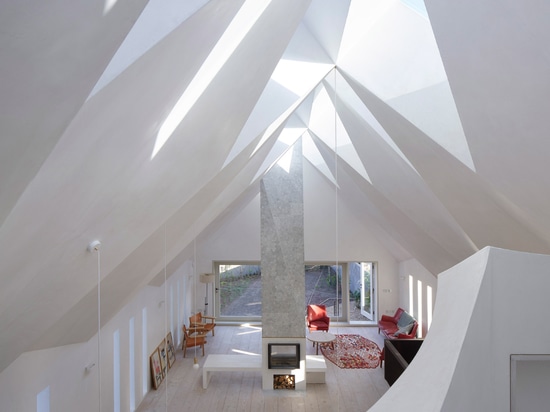 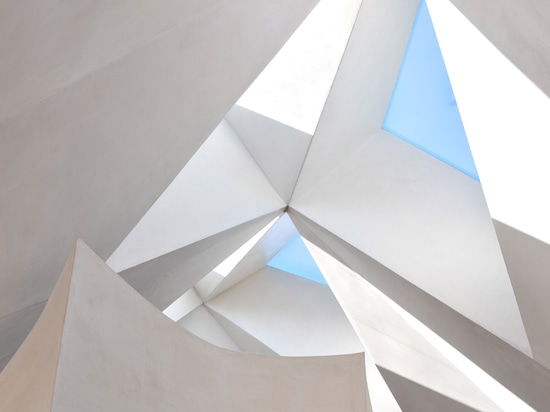 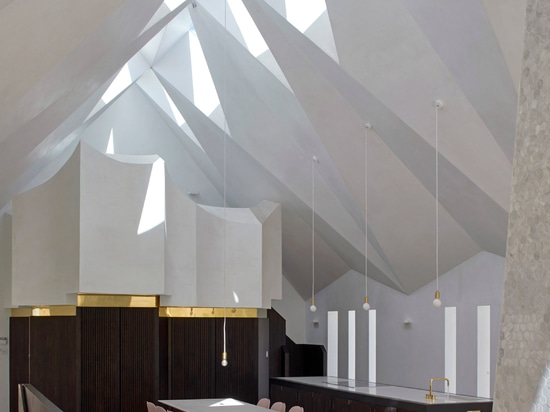 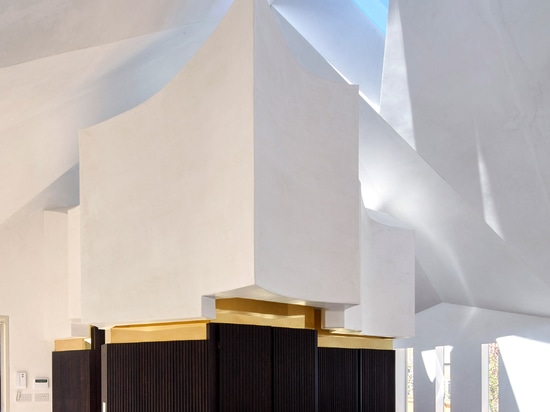