with a radius of less than five meters, st. andrews beach house is an object situated along the wild, secluded coastline of victoria, australia.

the modest euclidean form was realized in response to the ubiquitous australian holiday home typology, typically grand carbon copies of the suburban home. the project instead is designed as a ‘bach’ — a new zealand word which describes a small, basic shack, built mostly in the mid century from found and recycled materials. st. andrews beach offers no shopping strip and no restaurants, but a corner store, a brewery, and a wildly serene landscape. the low maintenance, nearly self sustaining beach house exists for simplicity, escape, and relaxation.

austin maynard architects nestles the st. andrews beach house among the rugged dunes near the shoreline of victoria. the two story house is circular in plan and takes advantage of the site’s remoteness and its expansive, panoramic views. the house stands alone among the wild bush, rugged sand dunes, and scrub, respectfully integrating into the fragile environment. formally the house developed in response to the views and the simplification of the interior spaces. at st. andrews beach house there are no corridors. circulation space is therefore freely integrated into the program. as the multiple outlooks of the house lead to the absence of a dominant orientation, there are no front, rear, or side elevations.

the ground floor of the house comprises the kitchen, living and dining, with a bathroom and a laundry. an open deck area unites each space with the opening of bi-fold doors. rather than adding the veranda to the outside as in a traditional australian home, the architects erode away the deck space, creating a two story space that’s both exterior and interior. a centralized spiral stair leads upstairs to the bathroom and bedrooms. unlike a traditional bedroom layout, the upstairs sleeping area is essentially one bunk room, separated by curtains. rather than a series of cloistered bedrooms, the sleeping zone at st andrews beach house is informal and relaxed, where floor space is the only limitation. 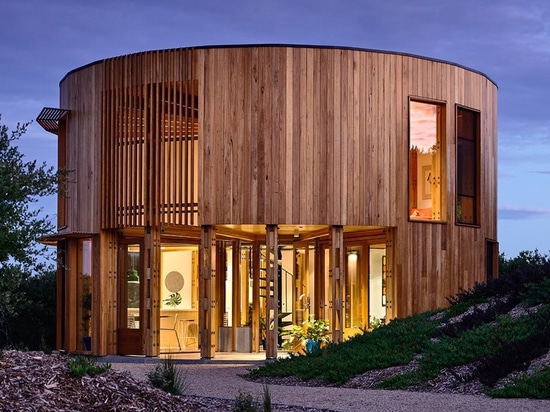 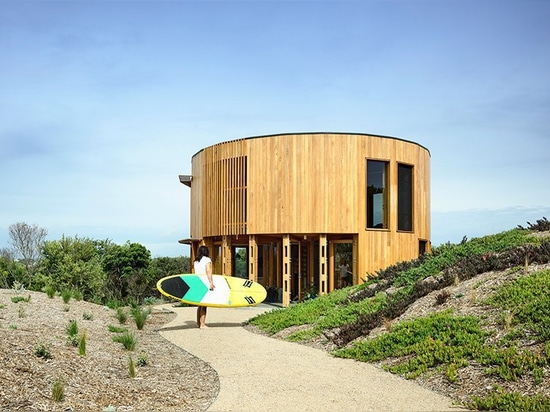 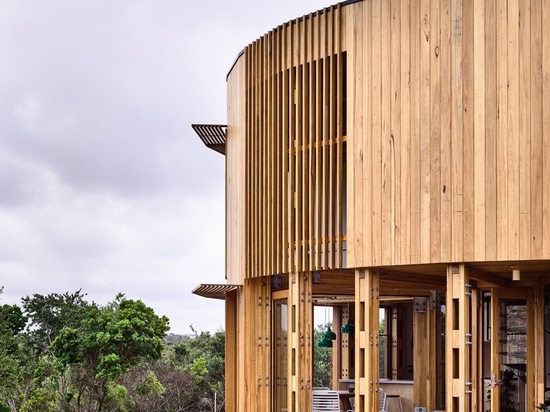 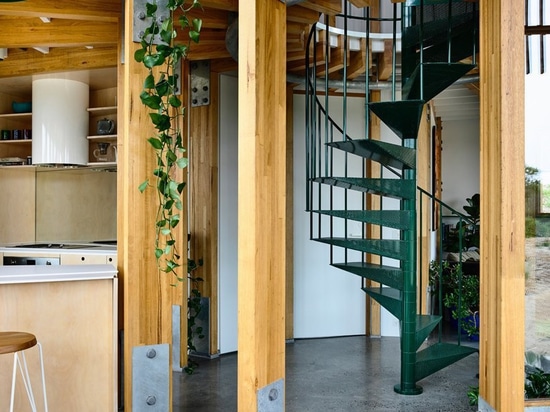 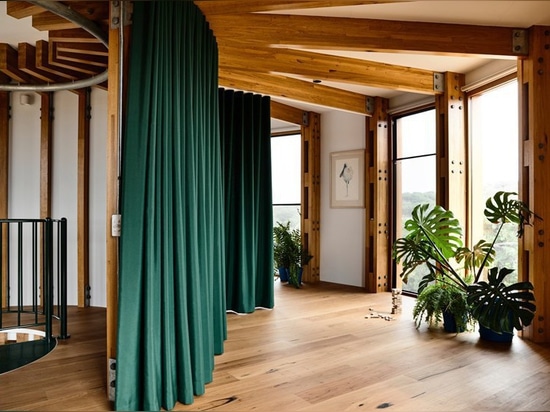 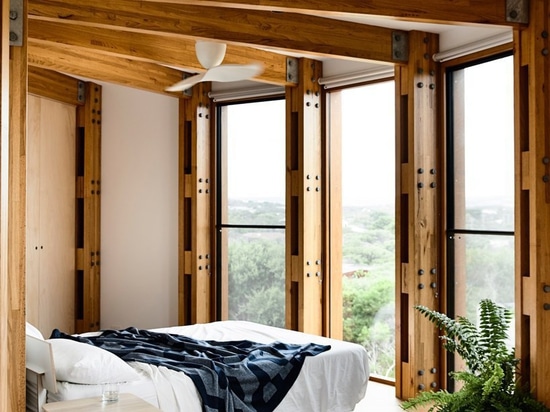