Within the limited building volume, Cottet and Iachetti’s design cleverly alternates solid and void to provide each flat with a large open-air space.

Chacarita is a Buenos Aires neighborhood urbanized in the early 19th century: located in the vicinities of Palermo, it is currently undergoing the same social and architectural transformations as its most renowned forerunner.

Chacarita’s gentrification and functional diversification – production companies, television studios, art galleries, ateliers and restaurants are establishing here – transform on the one hand its existing fabric, which also comprises many “casa chorizos”, the “sausage-house” where a single chain of rooms surrounds a central patio. At the same time, empty spaces are being rapidly densified.Carlos Cottet and Victoria Iachetti, who opened their office in the Argentinian capital in 2014, take part in this process with the design of an elegant residential complex. Situated on a corner lot, the building is modelled primarily to respond to the municipal code’s requirements, prescribing the ground floor's chamfered angle and a maximum height, as well as to the client’s request to preserve the natural illumination of its new courtyard, in the adjacent parcel.

Starting from this “rule-based” volume, the project’s main quality lies in the clever interplay of solid and void, providing each flat with its own open air space, whether it be a loggia, a balcony or the large rooftop terrace. Far and revised echoes of the Modern Movement seem to inspire the angular ribbon windows, the frames emerging above the roof and the overall whiteness, while the green metallic gate is an effective tailor-made tool, allowing to fine-tune the privacy of the small entrance hall, as well as its continuity with the city’s public space. 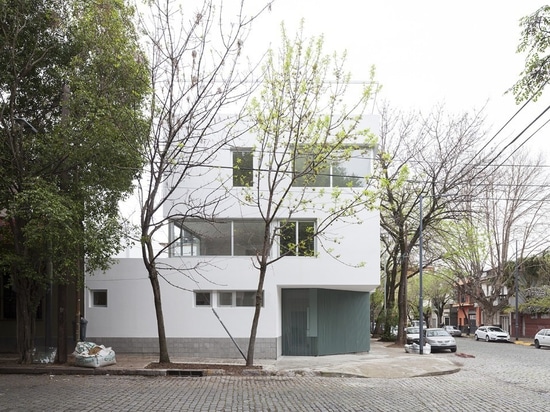 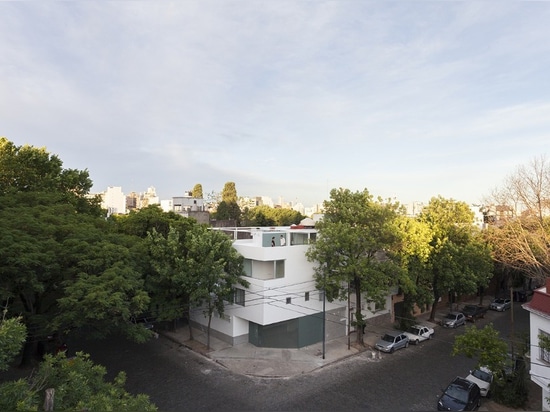 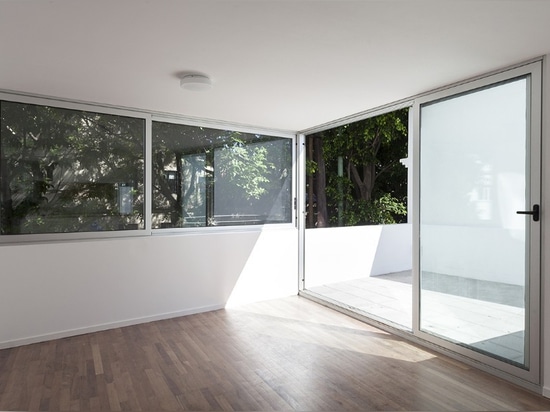