in order to accommodate two age groups, the sinuous building is divided in two distinctly-shaped nursery rooms, each with an adjoining garden that either faces the nearby sacred grove or the the rice fields on the south side.the project has been developed according to the client’s requests for a secure building following the 2016 kumamoto earthquakes, and with an emphasis on physical education. ryuji fujimura has designed the nursery school with an S-shaped floor plan, which provides maximum access to the gardens, while a teachers’ room is strategically placed at ‘nodes’ to watch over children as they play outside.

a continuous envelope of 180-mm-thick concrete slaps constitutes the building’s curved roof, designed to resemble the mountaintops that surround it. ‘the three-dimensionally curved surface of the roof was decided through design optimization analysis aiming to minimize the structural strain, which spans the 15 meter wide 4 meter high space with no columns and which merges with the walls to constitute an integrated structure,’ the japanese studio notes. ‘when seen from the outside, the undulating roof shape generated using a machine language of algorithmic design and the shape of hanatate mountain formed by the force of nature overlap each other to create a continuous scenery where the architecture merges into the surrounding landscape. I was convinced that we successfully realized the idea of “architecture as a continuous body” that becomes one with abundant nature.’ 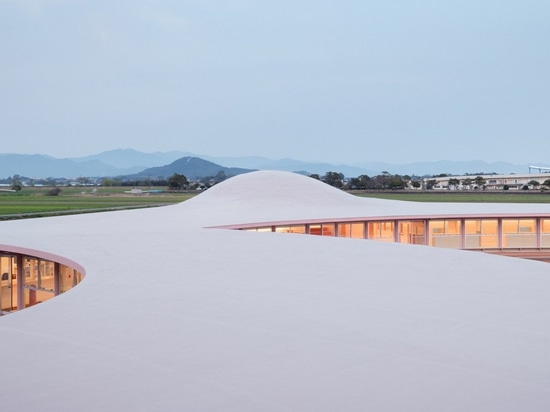 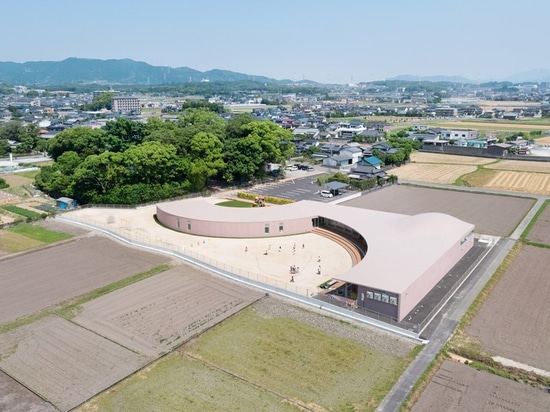 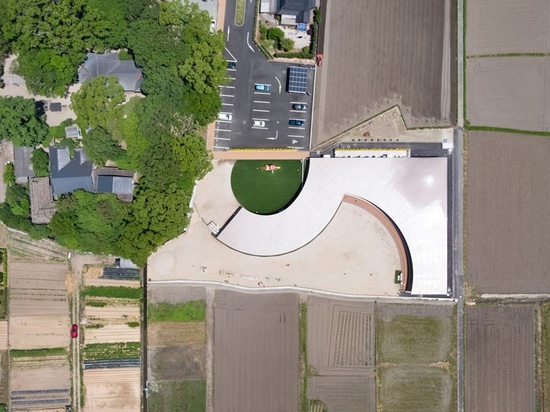 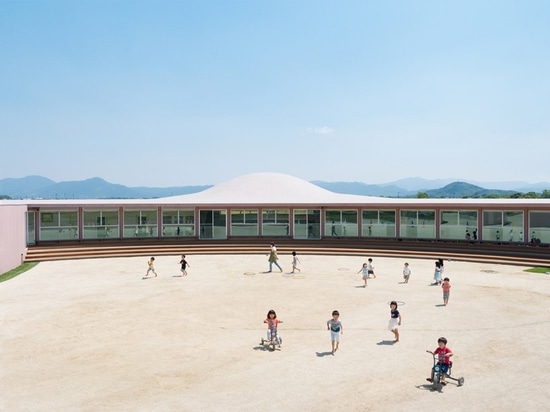 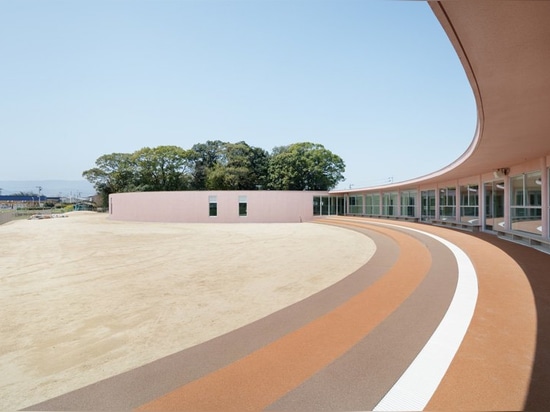 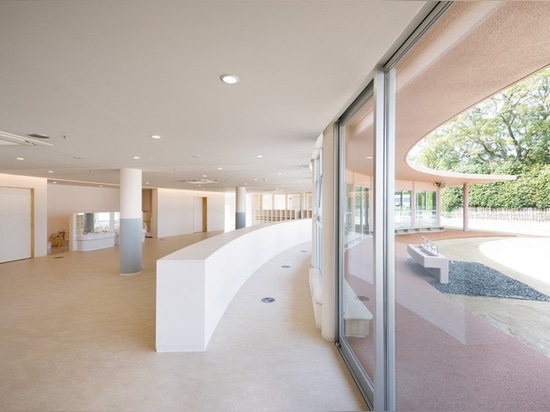 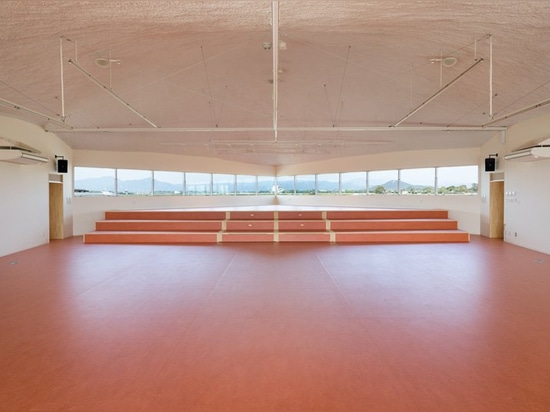