kientruc o, an architecture firm based in ho chi minh city, has completed a kindergarten in ben tre, a city in the mekong delta area of southern vietnam.

the kindergarten forms part of a larger school complex, which is located in close proximity to a large lake and surrounded by a perimeter park. in developing the project, the architects sought to design a building that would have a positive impact — both on the surrounding neighborhood, and on the children that use it.‘children should have the freedom to express, explore, and learn in a playful environment that brings out the best in them,’ says kientruc o. the kindergarten is partly hidden from the street by an accessible hill, covered in grass. the spaces below contain classrooms linked by a large multi-purpose hall. within this versatile space is a landscaped playground that remains open to the elements above and encourages social interaction.

meanwhile, the geometrical volume positioned above the hill offers flexible spaces for physical and artistic activities with views of the city. ‘as it faces the truc giang lake, the campus gradually alters the city’s existing urban fabric by sloping upward toward the rectangular mass, establishing a lively visual connection between the local residents and the kids playing on the hill,’ the architects explain. 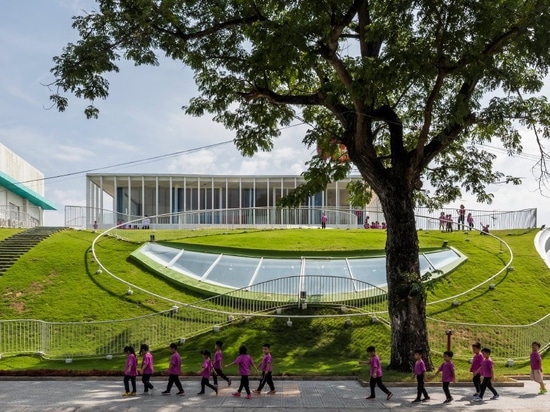 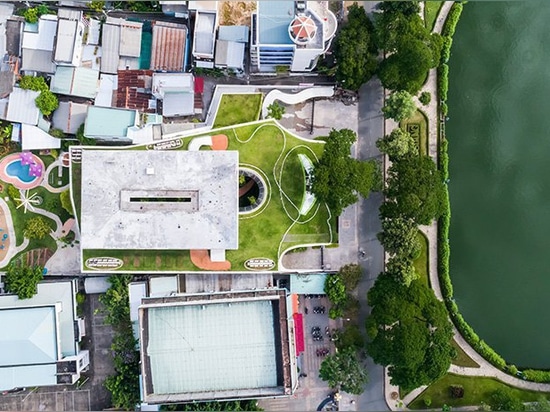 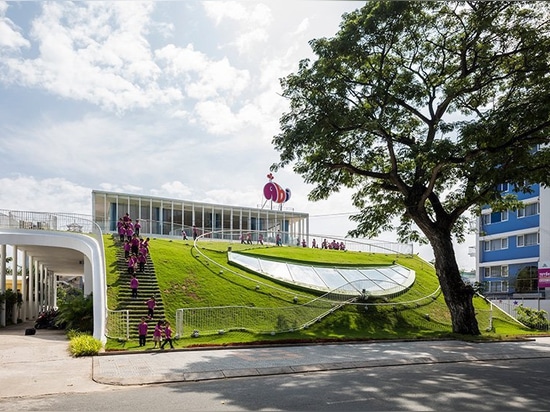 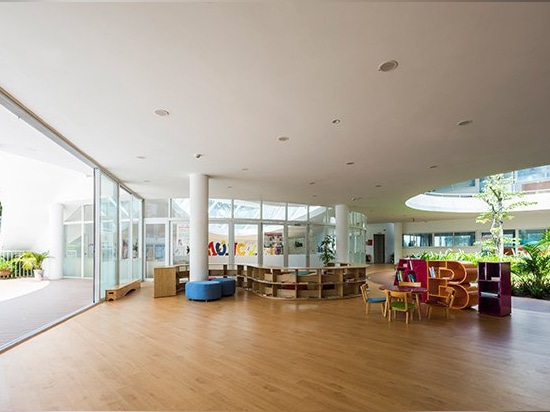 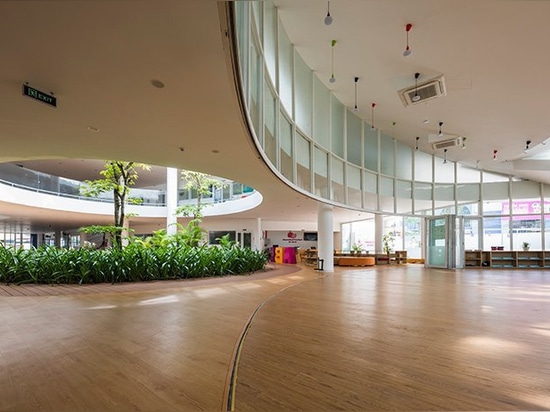 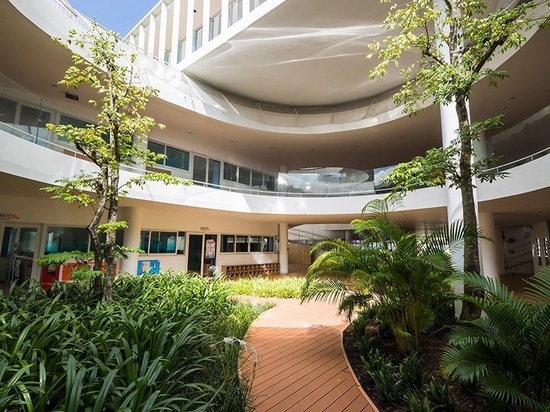 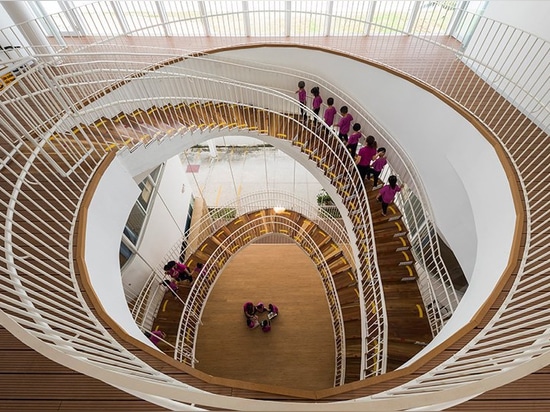 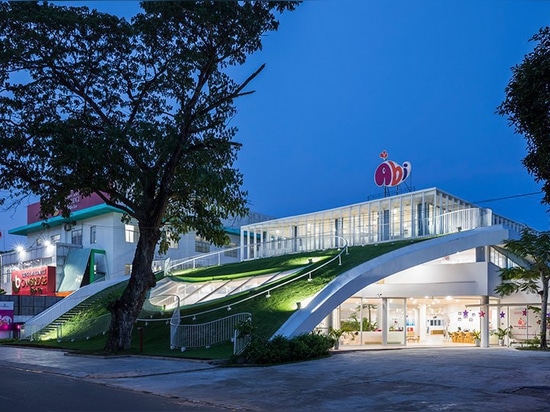