a temporary timber pavilion titled ‘growing up’ has opened on the waterfront promenade of the west kowloon cultural district — one of the world’s largest cultural developments.

the structure was chosen ahead of hundreds of other proposals that were submitted as part of a design competition. the contest asked local architects in the early stages of their careers to design a temporary pavilion that promotes sustainability and addresses economic and natural resources.the winning proposal has been designed by new office works, a local architecture practice led by paul tse yi-pong and evelyn ting huei-chung. the design — previously featured on designboom here — seeks to capture everyday elements fundamental to hong kong. ‘the design process was really an exercise in close observation of things around us, and how to lend significance to various elements that comprise the city – steps, walkways, the way different roofs shed rainwater, palm trees,’ explains evelyn ting.

‘while nurseries cultivate plants to be transplanted elsewhere, ‘growing up’ transplants fragments of the city to cultivate them within the cultural district,’ continues the design team. located on the west kowloon cultural district’s waterfront promenade, the pavilion will be open to the public for six months, until the end of august 2019. 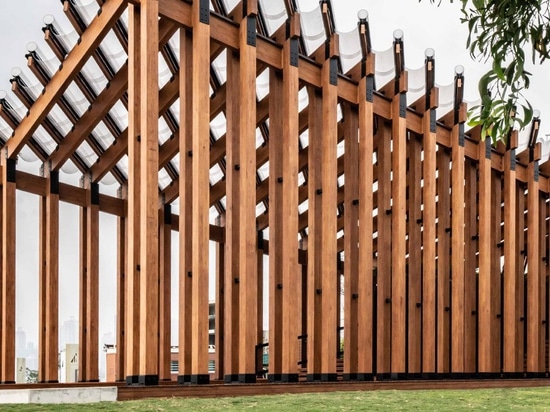 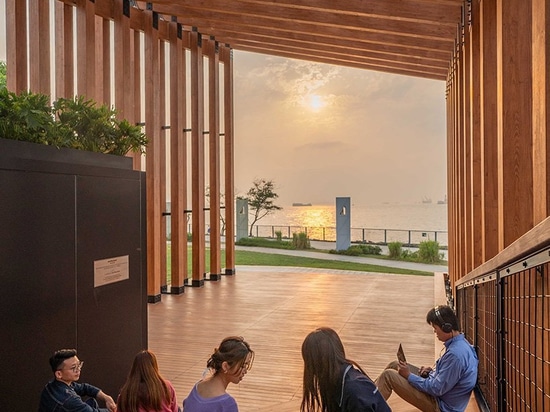 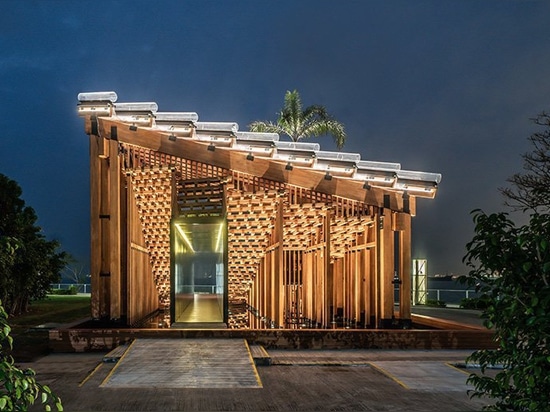