the crisis that hit portugal ten years ago produced an incredible density of abandoned spaces.

the two main cities, porto and lisbon, offered a landscape of ruins and closed buildings that charmed an international community looking for a southern romanticism. since then the two cities have acted and reacted to renew their historical centers and a good quantity of these abandoned houses have been renovated with a general undeniable quality, probably due to the sensitive and cultivated approach of portuguese architects in general. this landscape of closed buildings was featured by numerous opaque façades, hiding the interiors as if the life of those buildings had disappeared or was in a frozen state, waiting for better times to open the windows again and let the sunshine in.the ‘dodged house’ in lisbon by daniel zamarbide and leopold banchini pays a double tribute. on one hand to irving gill’s architecture. the very particular modernity that he established as the basis of his practice seems to perfectly echo the portuguese context (the same way as gill’s architecture was understood to develop from the missions in california). on the other hand, as a trace of the time in which the’ dodged house’ was designed and built, it has preferred to keep your eyes closed and opaque façade has bet on a less marketable feature, space, void, interior volume that refuses efficiency of land use. within a rather small plot (around 40 sqm ground floor, 94 sqm in total) the house has privileged a strong section and a contemplative void, proposing a diversity of interior-exterior spaces that extend into a courtyard.

evidently, the project responds as well to the complexity of functional requirements that has turned the house into a ‘machine à habiter’, playing quite deliberately and strongly with the history of modernism and its inhabitable typologies. in the end the ‘dodged house’ is quite a simple and readable project. although it might be complex in its inscription into the urban fabric and historical context, it is nevertheless quite straightforward in its way to occupy space and distribute the program in a small plot. as its name indicates, the house makes an attempt to elude, to trick, an actual state of a certain architecture in lisbon. 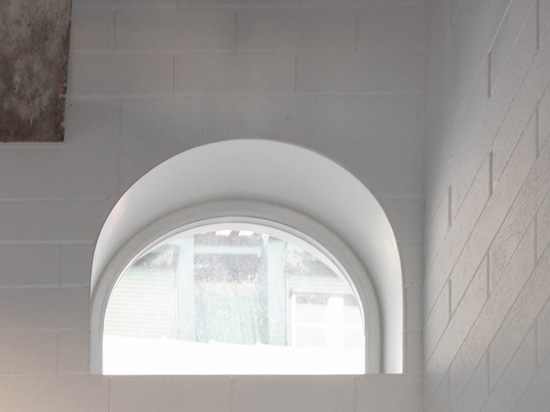 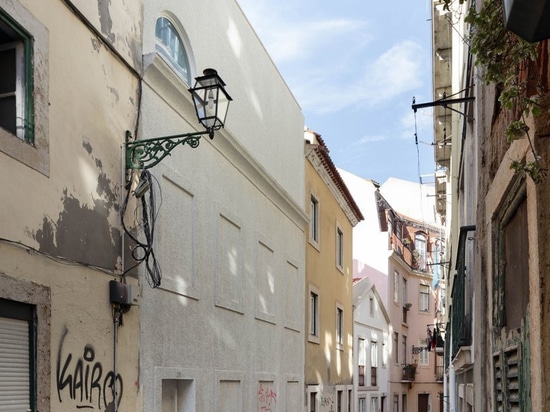 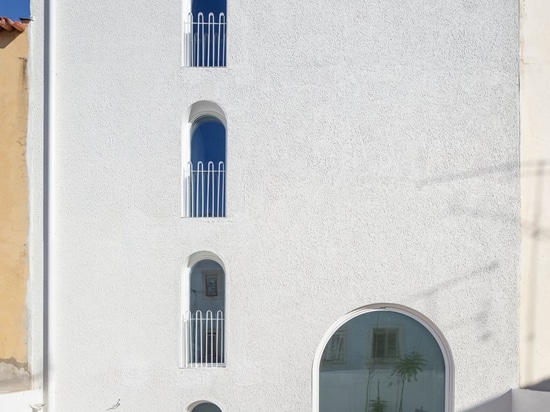 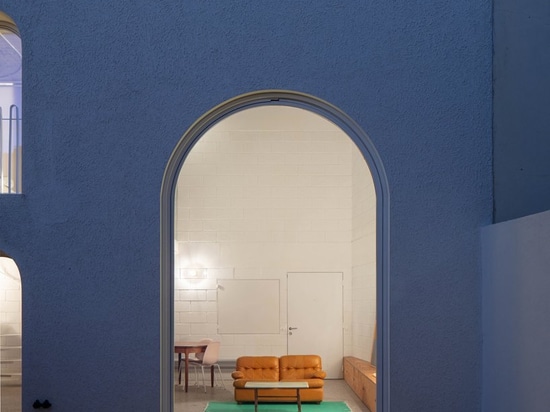 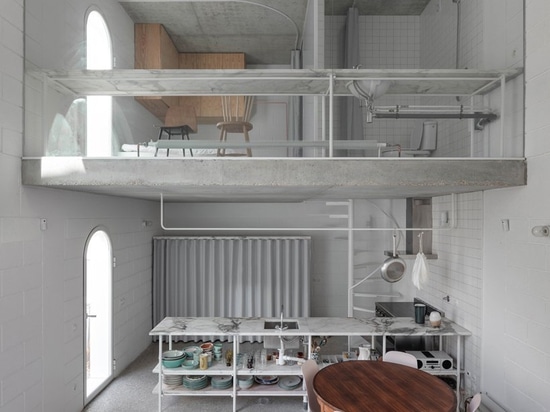 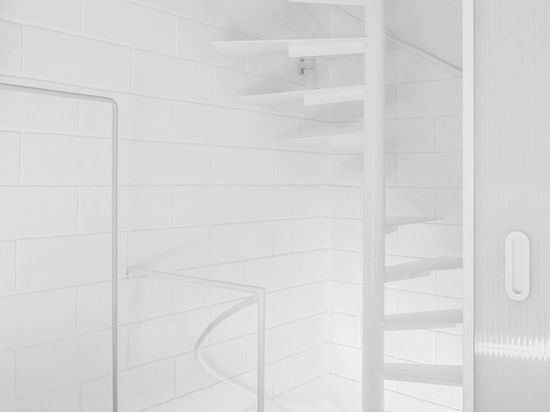