The project is based on the need to represent, through architecture, the evolution that the corporation has undergone in recent years.

The proposal for the new building for the AITEX Technological Institute gives an answer both to the configuration of a powerful identity that reflects the values of the company and to its program needs and the constraints of its plot. The building for the AITEX Technological Institute has been designed with the aim of representing the evolution of the institute’s identity.

A united, round and timeless image intends to transmit concepts such as trust, technology and identity. For this purpose, we decided to display the structure on the façade as a series of rectangular columns that work as a spatial envelope on all its surfaces: façade, roof and entrance.

The building goes beyond its boundaries to promote the transference of knowledge and the dynamisation of the territory. For this reason, we have chosen glass for the envelope, a dematerialized material that is used with different degrees of transparency. On the other hand, the building is linked to its environment by means of a strategy based on enhancing the complex’ environmental quality.

Such strategy becomes meaningful because its link to its immediate surroundings, the natural landmarks of Alcoi and the adjoining Mariola Mountain Range. Furthermore, some species native from the Font Roja Natural Area have been planted in the courtyards and the rock batter. The features from the environment are present in all the areas of the building, from the exterior entrance hall, which welcomes the visitor and leads them to the hall while representing the importance of the institution, to the roof cafeteria with views to the mountains.

The work areas have been developed as inspiring surroundings where new ideas will be created while promoting the interaction between work teams with clear, flexible, well-lit spaces. A large corridor between labs has been designed as a meeting place, which will improve personal relationships. The meeting rooms, arranged around this corridor, use different colours related to each unit. We have put special attention to the quality of the spaces with the aim of creating a feeling of belonging among the workers.

The building is a technological and versatile clockwork that has to guarantee sustainable growth in every aspect, so it presents a pioneering attitude towards the respect for the environment and use of clean resources. Its environmental sustainability criteria go beyond, so architecture allows functional flexibility and dynamic growth by means of a very clear, flexible scheme. Source by Ramón Esteve. 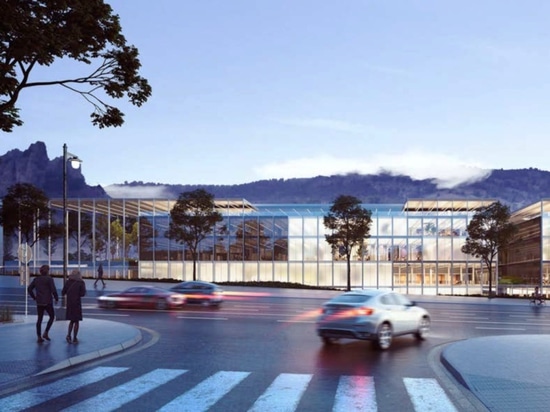 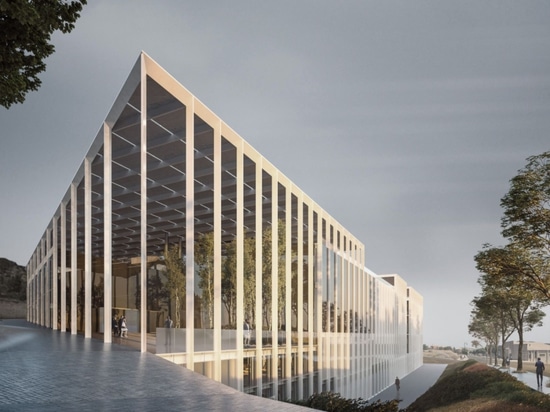 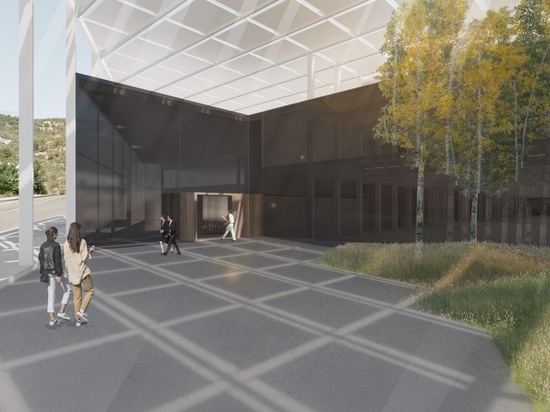 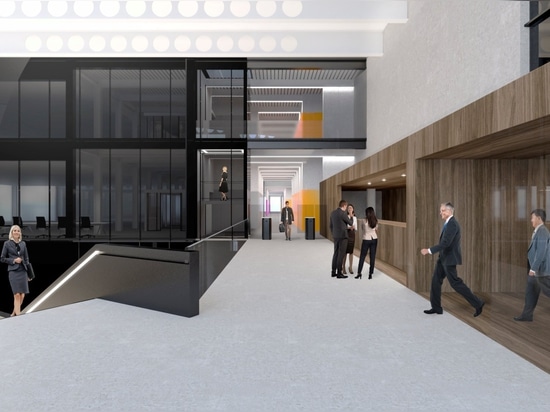 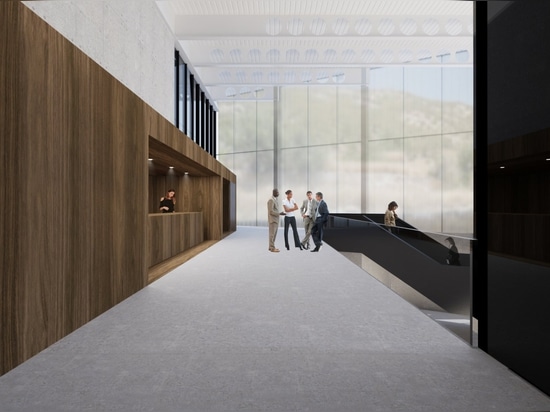