Located at the southernmost point of the Norwegian coastline, where the sea storms from the north and south meet, the project is situated at a unique confluence. Marine species flourish here in the both briny and brackish waters to produce a natural abundance in biodiversity at the site. The Snøhetta-designed restaurant also functions as a research center for marine life, providing a tribute to the wild fauna of the sea and to the rocky coastline of Norway’s southern tip.

In Norwegian, “under” has the dual meaning of ”below” and ”wonder”. Half-sunken into the sea, the building’s 34-meter long monolithic form breaks the surface of the water to rest directly on the seabed five meters below. The structure is designed to fully integrate into its marine environment over time, as the roughness of the concrete shell will function as an artificial reef, welcoming limpets and kelp to inhabit it. Lying against the craggy shoreline, the structure’s half-meter-thick concrete walls are built to withstand pressure and shock from the rugged sea conditions. Like a sunken periscope, the restaurant’s massive window offers a view of the seabed as it changes throughout the seasons and varying weather conditions.

The restaurant’s culinary focus is to create a fine dining experience based on high quality, locally- sourced produce, with a special emphasis on sustainable wildlife capture. “Under is a natural progression of our experimentation with boundaries, says Snøhetta Founder and Architect, Kjetil Trædal Thorsen. “As a new landmark for Southern Norway, Under proposes unexpected combinations of pronouns and prepositions, challenging what determines a person’s physical placement in their environment. In this building, you may find yourself under water, over the seabed, between land and sea. This will offer you new perspectives and ways of seeing the world, both beyond and beneath the waterline”.

Lindesnes is known for its intense weather conditions, typically changing from calm to stormy several times a day. Upon arriving at the site, the visitor’s impressions of the unruly outdoors quickly dissolve as they are ushered through into the hushed, oak-clad foyer. Here, rough, wooden finishes and the sweet scent of timber transition into an elegant, oak staircase as one descends into the building. Dark, raw steel railings with brass tube handrails lead downwards to a softer interior as the ceiling surface changes from oak to textile.

The warm, welcoming atmosphere inside the restaurant instills a sense of awe and mystery. As a metaphor for the journey of descent, the color of the textile-clad interior turns darker and more intense the deeper one goes below water. The bespoke textiles stretched over custom acoustic panels, reference the colors of a sunset dropping into the ocean, accompanying one’s passage down the stairs. At the entrance, the ceiling’s neutral color deepens into a sunset pink, intense coral, sea green, and finally culminates in a midnight blue as one arrives at the dining room. The subtle elegance of the finely woven ceiling panels lends a serene ambience to the building.

On the mezzanine level and bar area, where the building touches the sea, a vertical window is cut into the side of the building, extending from above sea level down to the seabed. The window reveals the convergence of sea and air, with the volatile waterline dancing to the intensity of the wind. At the seabed, in the 40-person dining room, lies the panoramic eye of the building. An eleven-meter-wide and 3.4-meter-tall horizontal window offers a visual gateway to the sea and connects the guests to the wildlife outside.

The view from the window will evolve gradually throughout the day and seasons, with the color of the water shifting from sapphire blue during a cold winter day, to emerald green in the summer season, when the algae set in. The sophisticated lighting system carefully minimizes the reflectivity of the panoramic window and maximizes the view of sea life outside the restaurant. 380 LED lamps are installed on the ceiling panels, illuminating the dining area with subtle yet pointed light. The light can be easily adjusted to respond to differing light conditions inside and outside the building. The seabed outside will be lit up with artificial lighting during the dark hours, in order to attract fish.

An important focus for the choice of materials has been to vary the types of materials and finishes according to their use and placement in the restaurant. Rougher wood finishes characterize the entrance area and the back of house, evolving into increasingly refined finishes when moving towards the heart of the building; the dining room. In close collaboration with Hamran, a local carpentry workshop that has cultivated its renowned craftsmanship since 1930, the walls, roof, and floor are all clad in locally harvested Norwegian oak.

Further, a furniture series was designed exclusively for the restaurant, with a chair as the central artifact. The chair is designed as one continuous form that and mimics the way that the branches naturally progress from the tree stem in the angled corners. Through employing traditional handicraft methods, the furniture series represents the philosophy of the project as a whole; to build solid structures for the future without compromising the natural beauty that lies inherent in the raw materials.

Under was built on a barge as a concrete tube shell twenty meters from the site. The windows were installed prior to the submersion. During submersion the structure floated on its own and was delicately moved to its final location by a separate crane and tugboats. Following the submersion, structural work was completed, and the building was bolted to a concrete slab anchored to the bedrock beneath the seabed. In order to ensure a proper connection to the bolts on the concrete slab the construction team filled the structure with water to make it sink. After ensuring that all bolts were fully tightened, the water was drained away, allowing the interior work to begin. Source by Snøhetta. 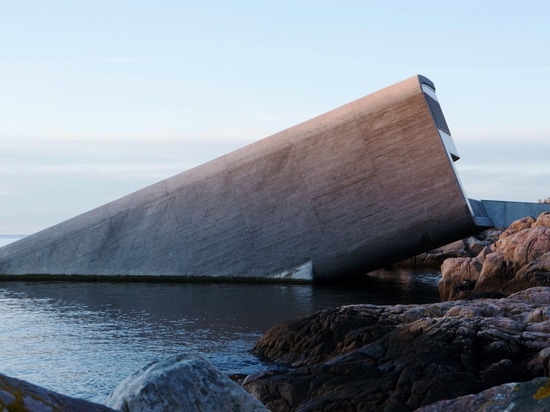 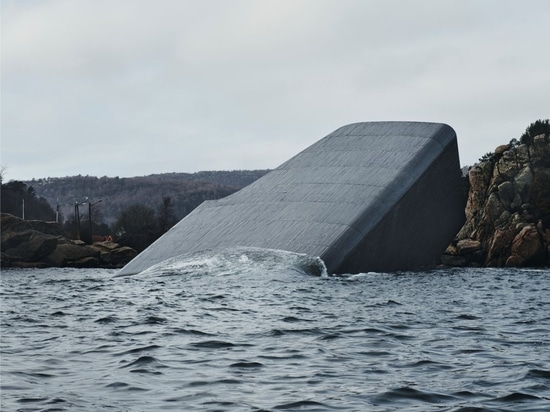 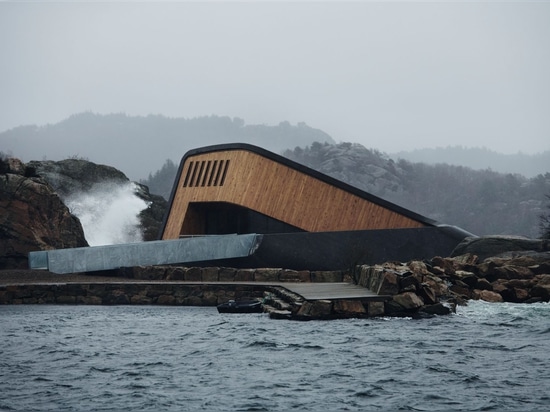 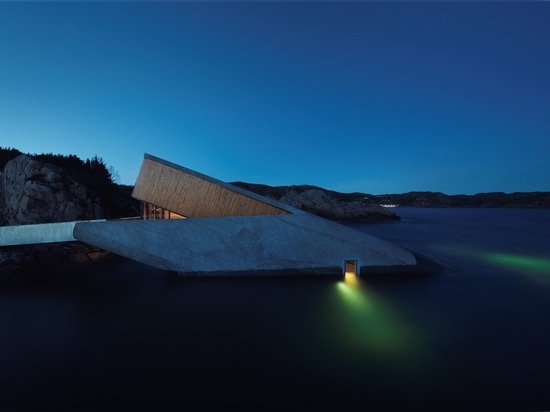 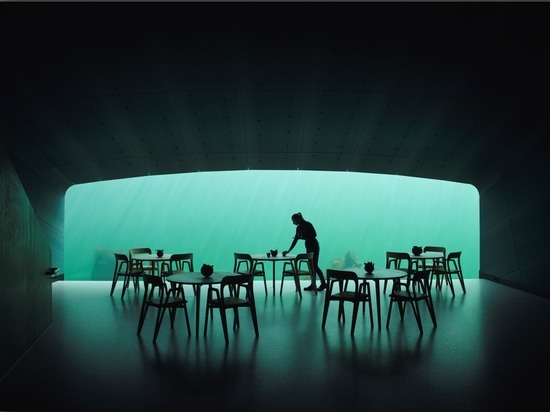 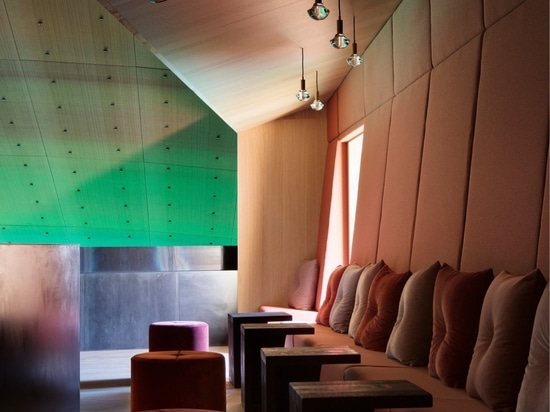 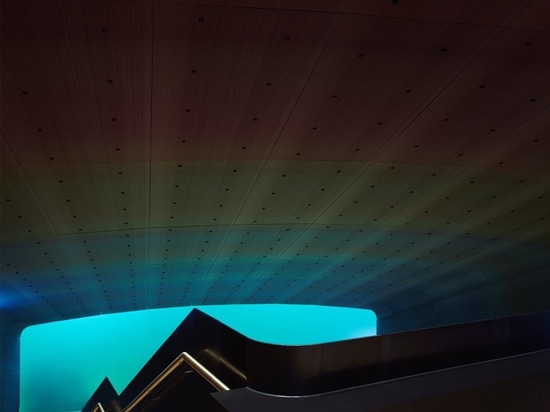