Dubai Creek Harbour will represent a cutting edge mixed use waterfront destination. thanks to the innovative design of its icons, to its key location and incredible nature, the area is about to become the ultimate example of living. The design wants to bring a sense of wonder to its surrounding, inspired by an oasis, the mosque establishes a place where nature, culture and social life come together in a fresh and lively space.

The mosque is “a garden of palm-like columns”, that create an intimate yet suggestive experience for the prayers. In plan, the intersection axis between the linear park and the Mecca, give the orientation for the structural elements. The user is continuously informed by the design, a site specific approach that consider the dualism constituted by Emaar masterplan and the traditional orientation of a mosque.

The medium is the message. On the top of the mosque, the stepped park, takes advantage of the shade cast by the palm-columns, creating a porous and dynamic walk for the promenade that connects Calatrava-designed tower with Dubai Creek Harbour’s waterfront. On the roof, palms and trees are accommodate around small water ponds. The access to the roof is granted by designed escalators.

Elevators are integrated in the columns and give access also to the underground parking. Internally the mosque accommodates all the traditional functions: prayer halls, imam and muathen quarters, quran teaching rooms, male and female ablution, mihrab. The main hall can host 7.500 prayers, Friday extensions are hosted on the north side, underneath the colonnade, while the top level of the roof also serves as open pray area for approximately 2.000 prayers.

Materials are used to enhance the perception of a mirage. The facade, in thin white marble and reflective golden glass, brings a sense of preciousness and elegance in the exterior while creating an immersive and spiritual atmosphere in the interior. Source and images Courtesy of Luca Beltrame. 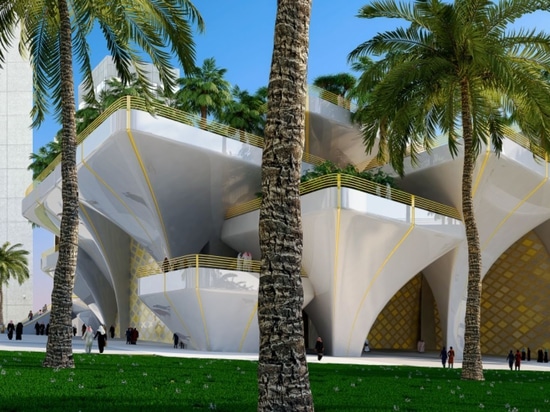 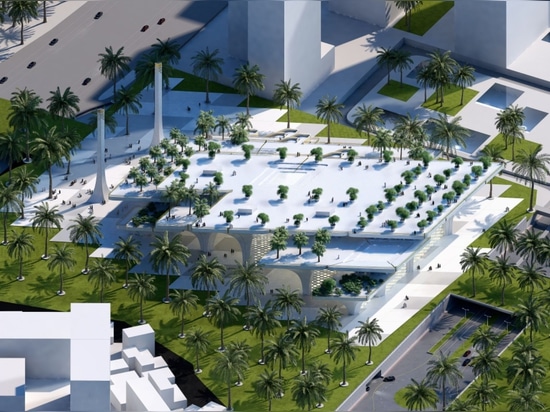 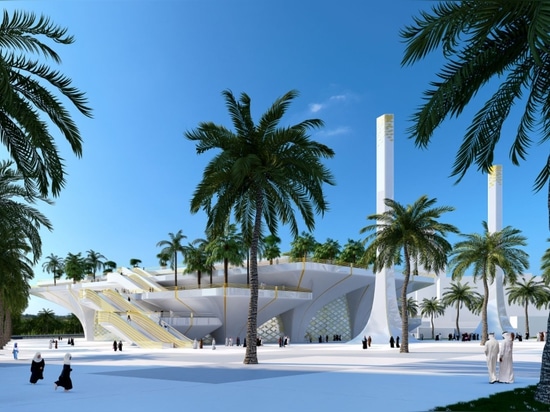 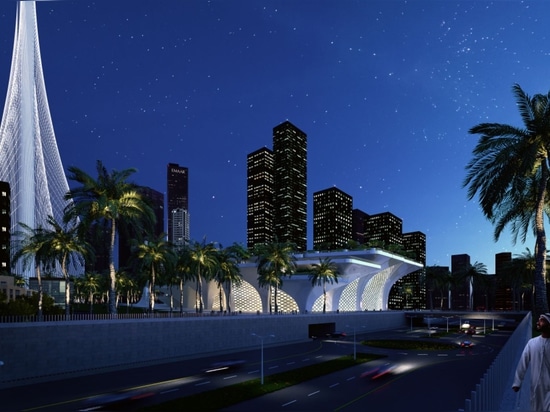 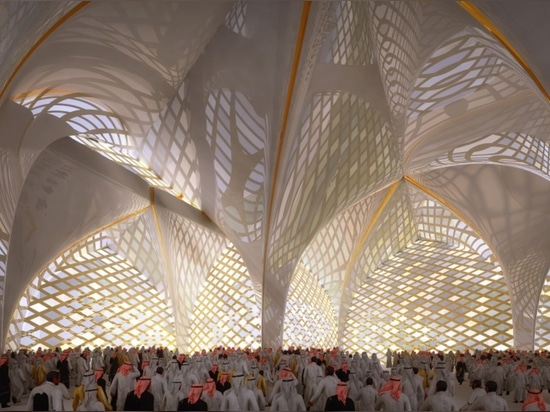 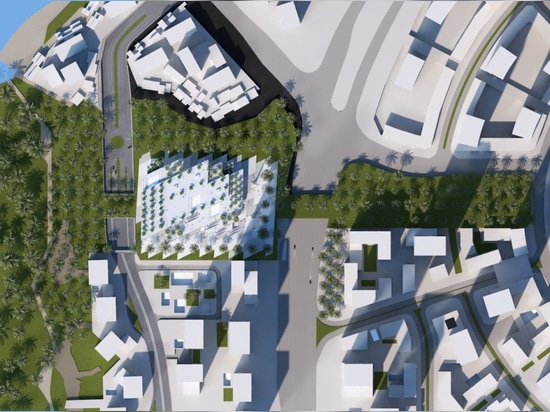 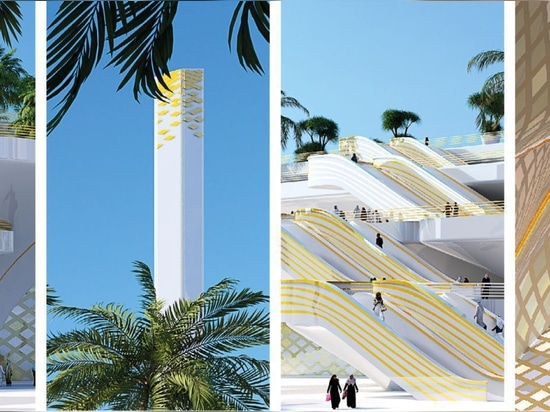