french architect dominique perrault has presented the masterplan for the olympic and paralympic village that will host the games’ athletes in 2024.

the project comprises around 2,400 housing units as well as 119,000 square meters of activities, offices, and other relevant services. the village, which is located in paris’ seine-saint-denis disrtict on the banks of the river, is scheduled to complete in september 2023 — ten months before the olympics get underway in the french capital.led by dominique perrault, the design team sought to integrate the village into the city’s existing urban fabric, with nearby public transport connections and motorway access. after the games are over, the site will evolve into a permanent community, with the newly constructed residences hosting new inhabitants as soon as 2025.

oriented towards the river seine, the neighborhood has been designed to maximize its waterside location. the undulating topography of the plot has also been exploited, with large paths, promenades and terraces incorporated throughout. conceived as a ‘garden city’, the development comprises a series of blocks, arranged to take advantage of daylight and views.

the flexibly designed configuration of buildings is capable of accommodating a wide variety of programs — from housing and hotels, to offices and retail. described as the ‘gateway to the neighborhood’, a central park, converted from a bus station used during the site’s olympic phase, unifies the site. meanwhile, a linear park runs along the riverbank. the project is set to break ground in early 2020. 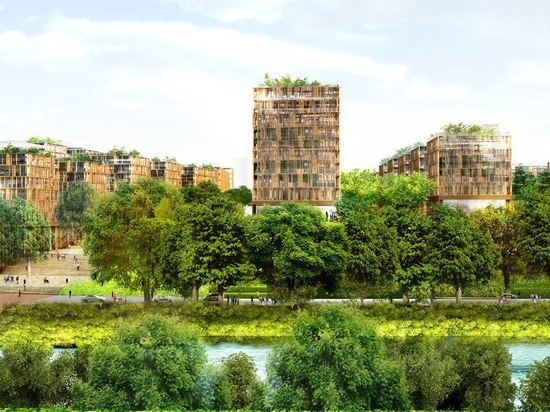 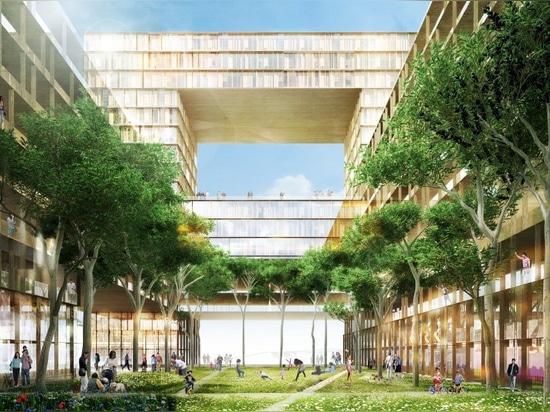 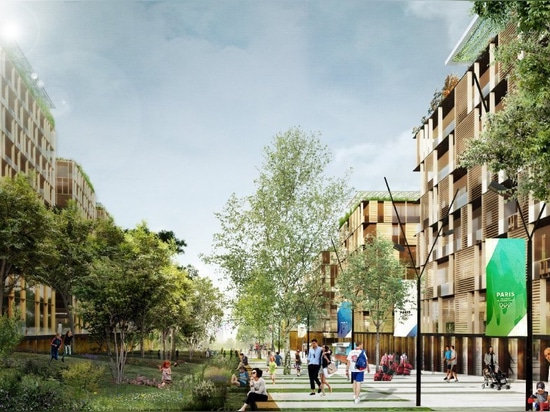 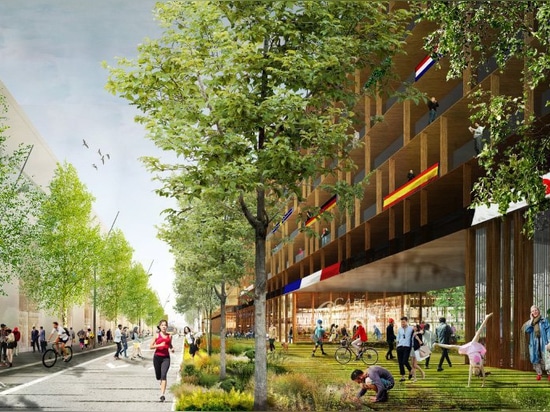 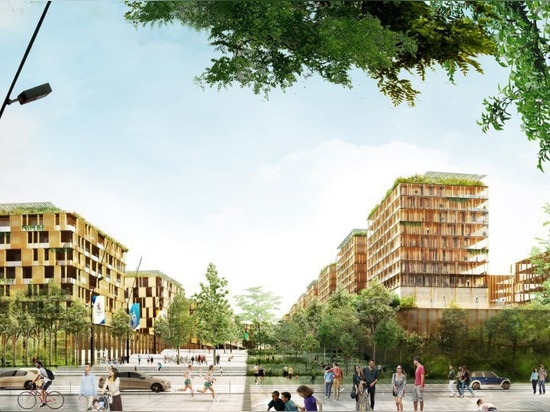 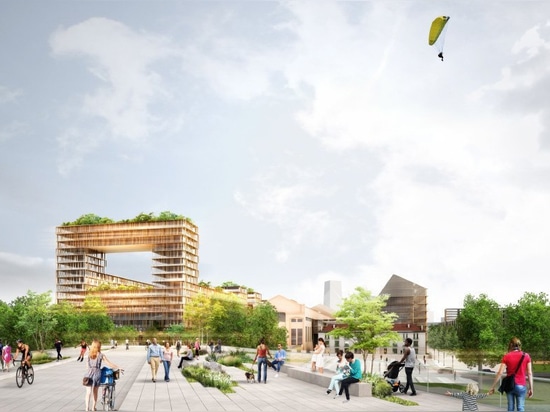 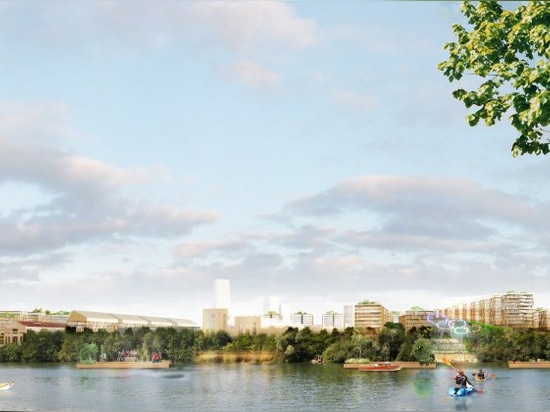 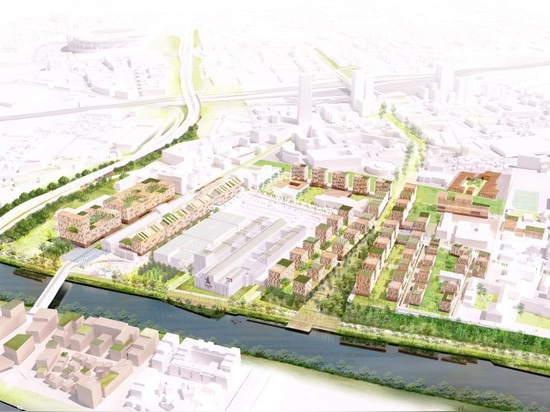