Just a few weeks after receiving formal approval from the Los Angeles County Board of Supervisors, Atelier Peter Zumthor has unveiled a new batch of renderings for its contentious plan to remake the Los Angeles Museum of Art (LACMA) campus.

Urbanize.LA first reported the latest renderings Tuesday afternoon. The new images depict the oil stain–inspired complex in a similar level of detail as previous images released for the project, and provide little new information in terms of the potential interior layout of the elevated galleries, the ways in which the complex will meet the ground, or the spatial and urban qualities of the underpass areas to be created when the complex spans Wilshire Boulevard.

The images depict a more polished view of what has already been unveiled, however, including new views of the gallery spaces.

According to the renderings, the new continuous galleries that will house the museum’s permanent collections will sit on an elevated platform lifted off the ground by a series of thick piers, with each pier containing circulation spaces and other forms of programming, including an auditorium on the southernmost parcel of the site. The renderings show sleek floor-to-ceiling glass walls wrapping the outermost layers of the proposed building. The galleries are shown sandwiched between thick, monolithic concrete floor and roof plates, with the building’s large, flat roof shown projecting beyond the walls to create a shading overhang.

The renderings also depict Tony Smith’s Smoke sculpture, currently located on the ground level of the existing William L. Pereira–designed complex that will be demolished to make way for the new design, tucked underneath the new elevated galleries.

The views of the galleries show discrete concrete-walled rooms filled with an eclectic mix of permanent collection items in spaces framed by black terrazzo floors and concrete ceilings studded with golden spotlights.

The renderings come as LACMA prepares to put detailed models and plans for the project on public display for the first time in coming weeks. 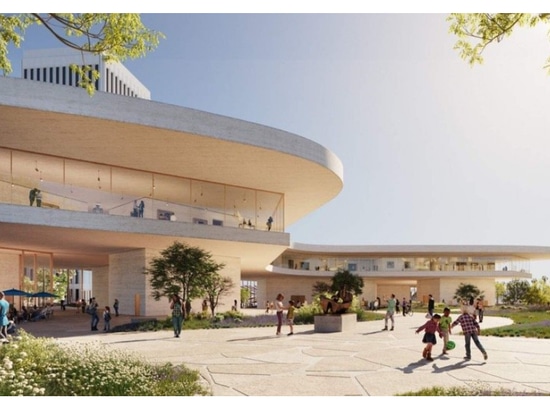 The latest renderings come after the current design was approved by the Los Angeles County Board of Supervisors. (Courtesy Atelier Peter Zumthor/The Boundary) 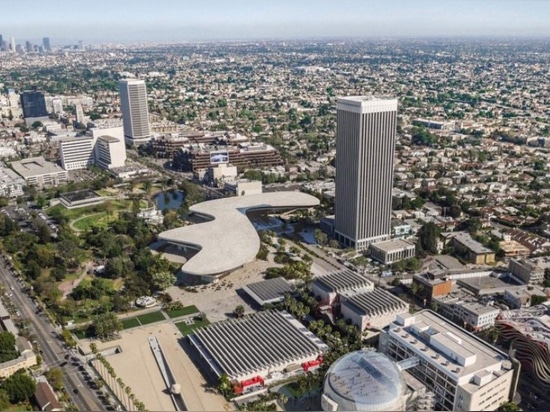 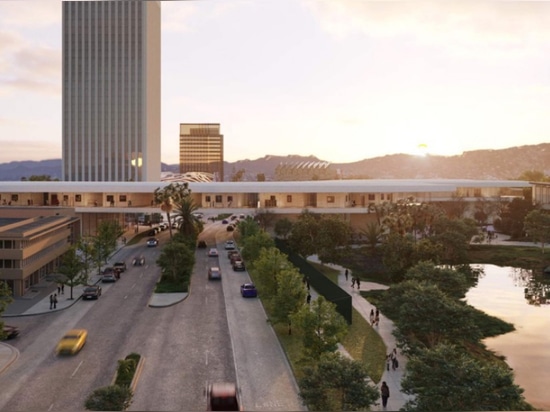 The building was originally black, in a reference to the nearby tar pits. (Courtesy Atelier Peter Zumthor/The Boundary) 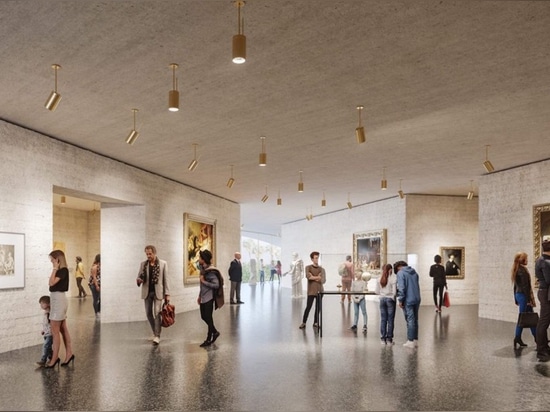 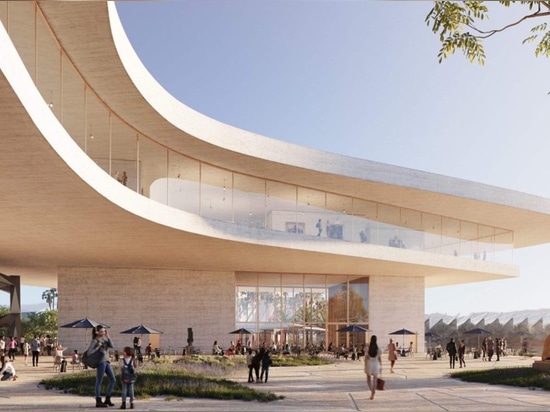