There’s a blighted train depot east of downtown Atlanta that’s getting the Hollywood treatment. In an upcoming $100 million mixed-use project, the historic Pullman Yard in the Kirkwood neighborhood will transform from a 27-acre underutilized industrial site into a new “creative city” for the entertainment industry.

Adam Rosenfelt of Atomic believes the entire project will become a “paradigm for development” going forward. “We’re coming at this from a slightly different perspective as people that work in a collaborative art form,” he said. “This is our first building project, so we’re trying to figure out how to build a mixed-use lot blending the creative and cultural economies of food, entertainment, living, and working, rather than setting up space for the traditional big-box retail economy, which could have easily overtaken this historic area.”

The site itself is formally known as Pratt-Pullman Yard and encompasses 12 buildings totaling 153,000 square feet. Constructed in 1904 as a sugar and fertilizer processing plant, it eventually developed into a repair facility for railroad sleeper cars, and during World War II, it housed munitions manufacturing. It has most recently served as the backdrop for scenes in futuristic films such as Hunger Games, Divergent, and the critically-acclaimed action movie Baby Driver. In 2009, it was placed on the National Register of Historic Places, though it has suffered from serious neglect for decades. In 2016, it was designated a local landmark.

The site’s main facilities, two brick-and-steel, barn-like warehouses, will be renovated under Atomic’s vision as the central architectural focus of the preservation project. The renovation is part of the first phase of construction, now underway, and is led by OCX and local firm Lord Aeck Sargent. The rest of the masterplan, designed in collaboration with Hobgood Architects, includes upgrading other existing structures, constructing new buildings, and integrating a site-specific landscape component by James Corner Field Operations.

Karen Tamir, principal-in-charge on the project, said Field Operations may use local relics in new ways to preserve the yard’s industrial roots. They’ll also add a new piece of parkland that stretches from the center of the site to the south as a nod to the old railroad delineation.

“There’s also a large swath of woodland to the east of Pullman Yard that we’ll connect via existing trails, so overall there’ll be ample greenery and room for exploration and relaxation,” Wagner said. “We won’t, however, propose many trees for the historic core because traditionally, they weren’t there when the yards were built.”

Keeping the site’s existing industrial conditions, while simultaneously promoting a verdant outdoor environment means thinking critically about the logistics of jobs that will take place there. To accommodate pedestrians and trucks coming in and out of the facilities, Luke Willis, principal of OCX, intends to connect all programs on-site via a diagonal axis that cuts through the various building blocks. “This allows us to diversify the building typologies and program use to ultimately contribute to the mixed-use development that Atomic envisions for their creative city.”

At the heart of the campus will be the renovated warehouses and a series of soundstages, one of which will be born from an existing 20,000-square-foot steel-clad structure situated near Roger Street, which is the entrance to Pullman Yard, and the rail line leading to downtown Atlanta. Rethinking these historic structures, among other playful design ploys to attract residents and visitors, will make Pullman Yard both a live-work-play destination and a place that not only showcases its former value with pride but also brings new value to the city today, according to Rosenfelt.

An official completion date for Pullman Yard has not yet been revealed, but Atomic hopes to finish the renovation projects by the end of 2020. 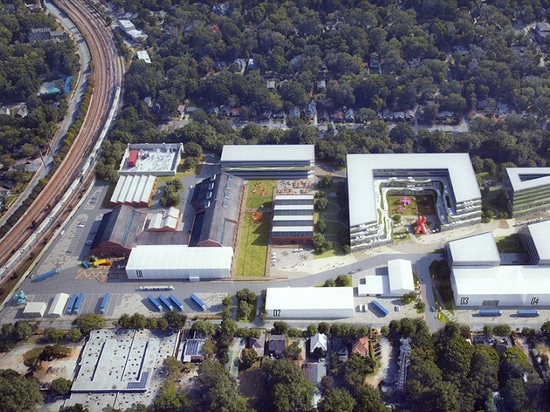 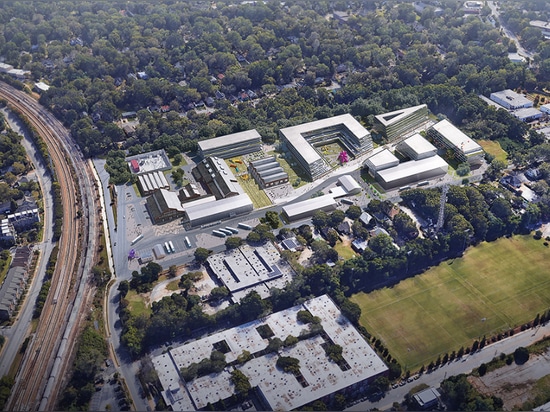 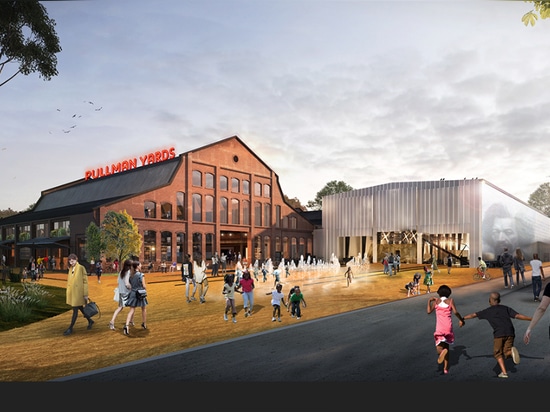 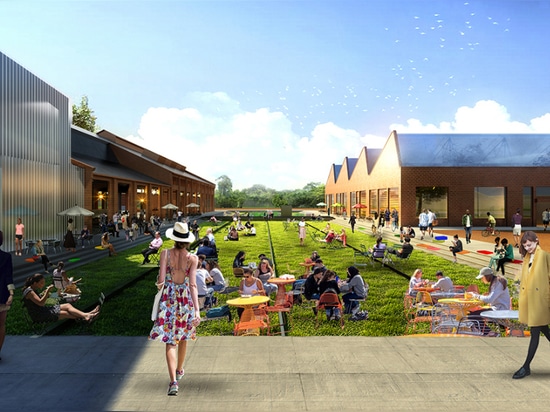 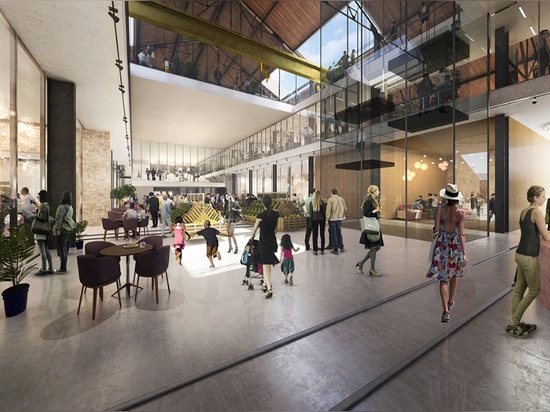