Storage King by Architects Of Justice

The building in question is Storage King’s new head office, comprising 10 800 square metres under roof, and despite Granicki’s oversimplified description, the building is actually an incredible vision brought to life by a dedicated professional team aligned to the project.

Notably, the building also features the largest black brick façade attempted to date. The site at Boundary Park Industrial Park was chosen for its street frontage along the busy Malibongwe Drive and easy accessibility for Northern suburbs clientele.

The architects purposefully pulled the office off the warehouse end which exposes a portion of the warehouse and creates a longer street frontage for minimal expense, while the large warehouse allows Storage King to consolidate its operation in one easily accessible ‘super facility’. The idea behind the architecture was to allow the client to ‘sell the perception of space’. From the moment clients enter the building into a double volume reception space – beyond which is an even larger volume glass-fronted area – the idea of space as an asset is expressed.

The offices are 550 sqm and the office component is shifted off the end of the warehouse to extend the Malibongwe façade and reveal a translucent end to the warehouse which is primed for a digital display. The warehouse is designed for high level racking and supersedes the tenant’s current needs, while the height of the warehouse pushed the office section several courses higher than is typically seen in industrial parks. Internally, the notion of ‘selling space’ was the driver of the design.

A monochromatic palette with lots of black, grey and white is utilised in conjunction with high gloss materials, while large floor tiles – 1200mm x 600mm – reinforce the idea space. A no-nonsense, raw, industrial chic look is predominant in the office space with exposed ceilings and services punctuated by glass partitions and hanging bulkheads at the work areas. In the large volume space of the entrance lobby, AOJ have therefore hung a storage container, with a lit up infographic so that the building can perform a portion of the sales function for the client.

The offices feature the largest black brick façade attempted to date, and as AOJ note, the intention is to illuminate the facade which will give the client an opportunity to brand the company in a number of ways, including the possibility of animation. Fabiano Cellini from the Orpen Group notes that the eye-catching black brick was chosen because of it originality in the market. AOJ explain that in order to have a striking façade that would be built correctly (remedial work would be too expensive given the mortar and brick), the architects simplified the brick bonds and let the material do its own talking.

From a sustainability perspective, insulation inside the brick cavity walls helped meet the buildings energy standards. A total of 40 000 bricks were used in the façade, while 180 000 were used for the warehouse walls.The Storage King offices and warehouse, clearly visible to commuters on Malibongwe Drive, is a physical manifestation, brought to life by the architects, of what a facility such as this can offer users. Source by Architects Of Justice. 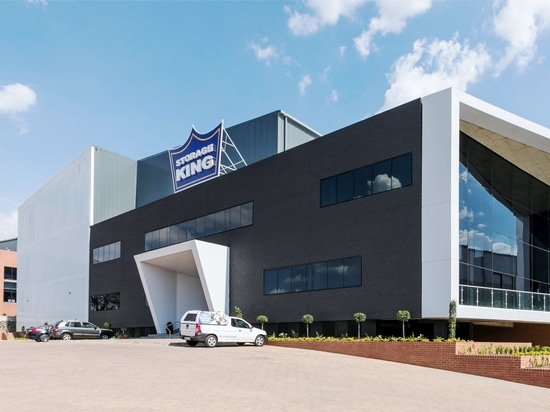 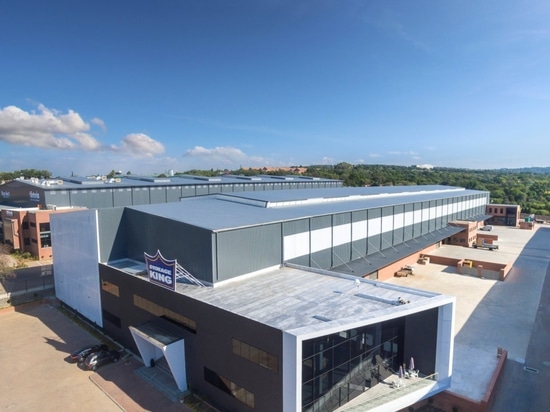 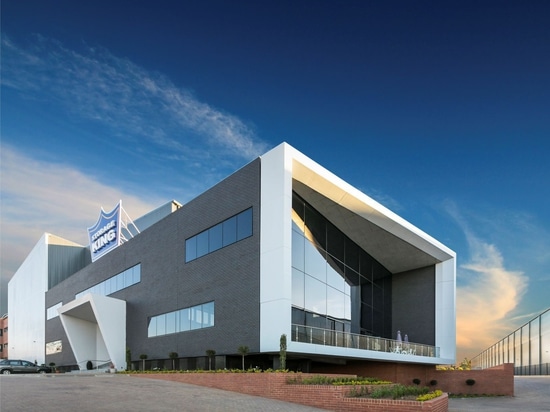 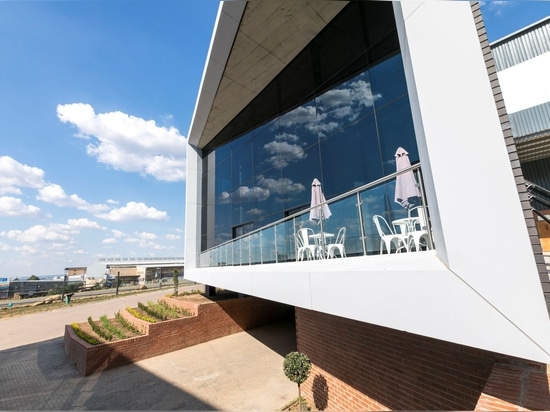 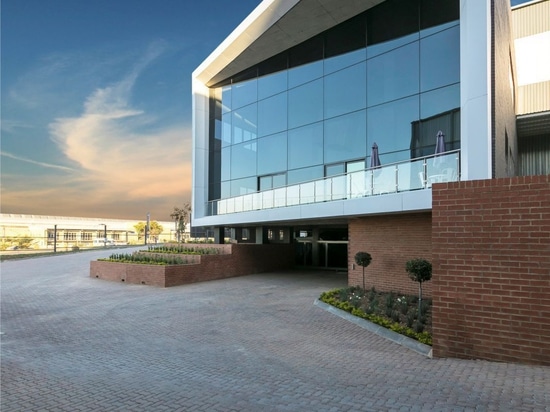 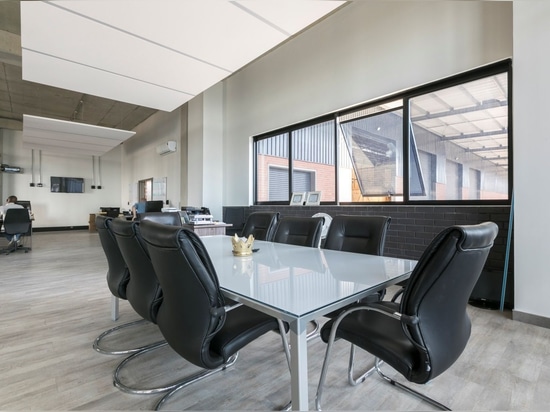