Michael O'Sullivan didn't expect to plant roots in Lyttelton when he started fixing homes damaged by Christchurch's 2011 earthquake. But there was something about the port city that felt like home. "It is very similar to where my dad comes from in Ireland," the architect and principal at Bull O'Sullivan Architecture explains.

Captivated by the richness of New Zealand's southern island, O'Sullivan decided to build a satellite office for his Auckland–based firm—and he gained a new home in the process.

He compares the style of the final project, aptly referred to as the Lyttelton Studio Retreat, to a marae—a communal gathering place in Māori society.

Spanning two stories and 1,291 square feet, the retreat acts O'Sullivan's home away from home. The top floor hosts an office space complete with a drawing board where he "goes to think," while the lower level is dedicated to dwelling.

O'Sullivan sought to encapsulate the richness of the location through material choices. The wooden interior feels like an elevated, modern take on a traditional cabin, while the retreat's facade opens up to the great outdoors. Aluminum exterior elements change color with the sun, blending right in with the landscape's shifting color, mood, and texture.

Built alongside a series of steep hills, with sweeping views of Lyttelton Harbor, the studio retreat lets Mother Nature do all the talking. 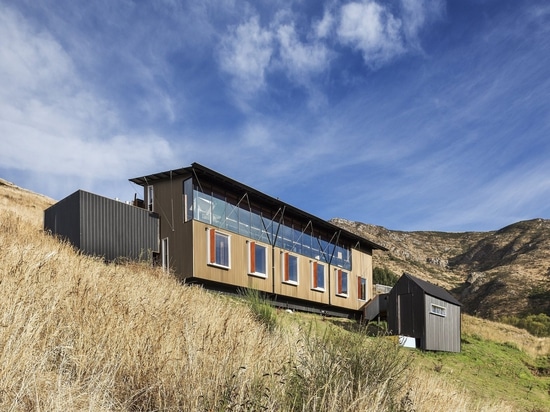 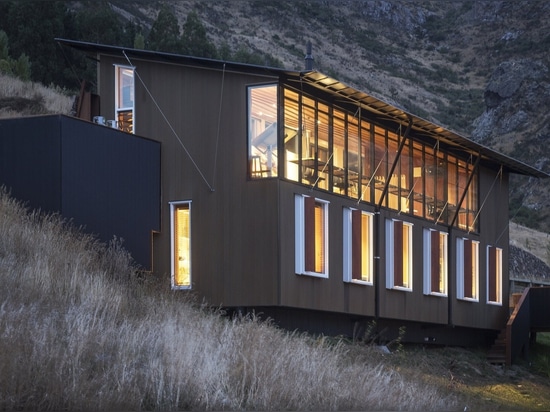 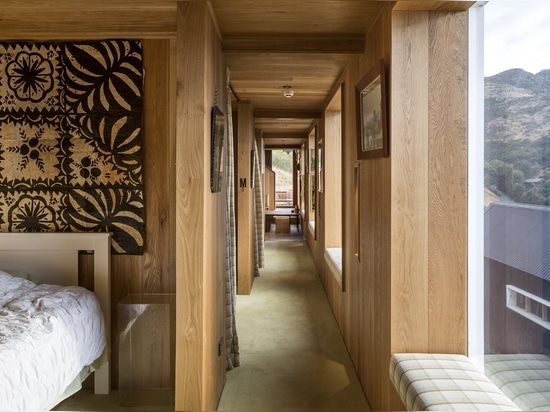 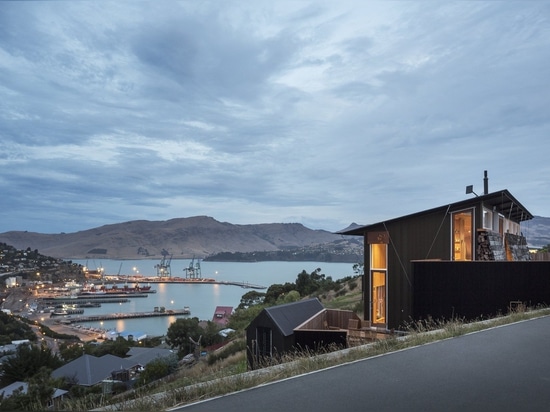 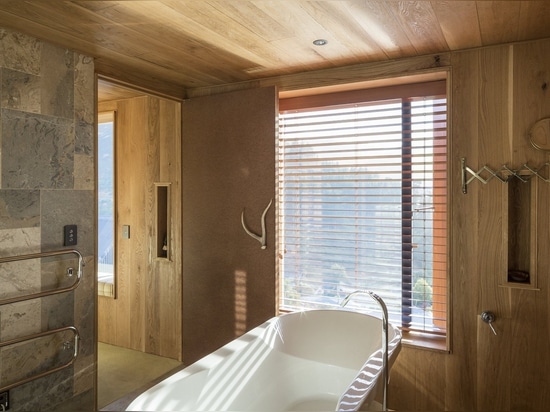 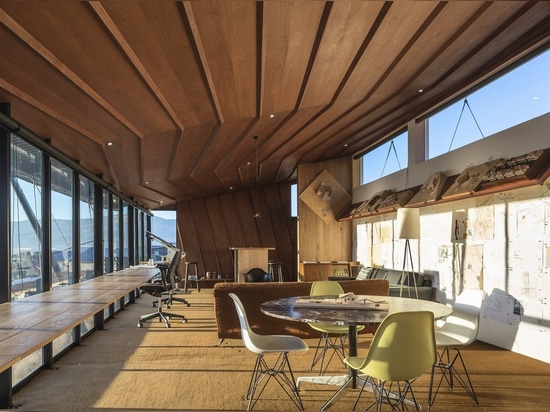