Prefabricated, solar-powered, and filled with cutting-edge technology, the FutureHAUS is the smart, sustainable home of tomorrow.

Developed by over 100 Virginia Tech students and faculty, the FutureHAUS is a prefabricated smart home that actually generates more energy than it uses. After placing first at the 2018 Solar Decathlon Middle East in Dubai, the FutureHAUS has been packed up, shipped, and installed in just three days at the heart of Times Square for NYCxDESIGN.

The cross-disciplinary Virginia Tech team first delivered their futuristic design to the 2018 Solar Decathlon Middle East—a global competition launched by the Dubai Electricity & Water Authority and the United States Department of Energy to promote research and development in sustainable architecture. The competition crowned the prefab the "world’s best solar home," outperforming 14 other projects by university teams.

Transporting the 900-square-foot house over 16,000 miles—from the U.S. to Dubai, and back again—required the prefabrication of pre-wired, pre-plumbed, and pre-finished units that can be taken apart and assembled like LEGOs with a crane. The streamlined factory process was inspired by the advanced manufacturing systems used in the automotive and aircraft industries.

The house comprises 18 plug-and-play "cartridges"—the FutureHAUS team’s term for prefabricated components—built inside a Virginia Tech research facility. "[After] these cartridges are set into place, a spine cartridge will drop down and interconnect all of those components and tie them to a mechanical room with the electrical systems," says architecture professor and FutureHAUS faculty lead Joseph Wheeler.

"You complete these cartridge components, you wrap them up, you deliver them to a site, you set them into place, you connect them like LEGOs, and" —Wheeler snaps his fingers— "you’ve got a working, functional smart house…instantaneously."

Powered by a 15-kilowatt photovoltaic array that doubles as a shade canopy, the prefab home is a treasure trove of futuristic technology. And though smart tech elicits the most excitement from visitors—from the touchscreen panels to the walls that move via gesture control—the FutureHAUS team emphasizes that the integrated technology isn’t just for show.

"A lot of these functions may seem flashy and kitschy on the surface, but they really do have a deeper function and purpose that is aimed for usability," explains Josh Delaney, a Virginia Tech architecture student. The FutureHAUS promotes aging in place and universal design by using artificial intelligence to "learn" the preferences of the homeowners over time.

The team designed the FutureHAUS with Middle Eastern culture and climates in mind, however it can be replicated and customized for other places in the world using the same prefabrication process.

"We believe our method of prefabricated modular housing brings that efficiency," adds Wheeler. "If you can set up a sophisticated smart home...in three days in Times Square, imagine how [important] this could be to the home building industry."

Located at the Times Square Pedestrian Plazas between West 46th St. and 7th Ave., FutureHAUS officially opened to the public today. It will be available for public viewing from 11 a.m. to 9 p.m. every day until May 22. At the end of NYCxDESIGN, the plus-energy home will be shipped back to Virginia Tech, where it will serve as a campus research facility to explore ways of introducing smart technologies to everyday life. 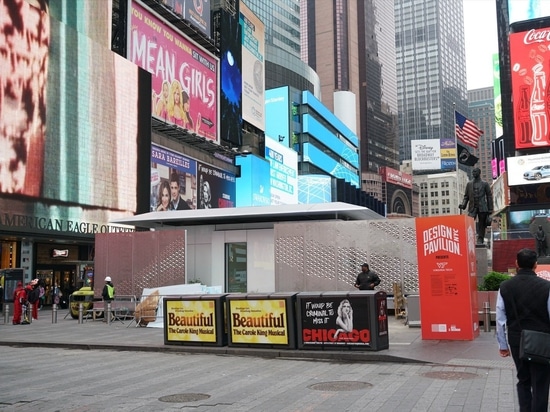 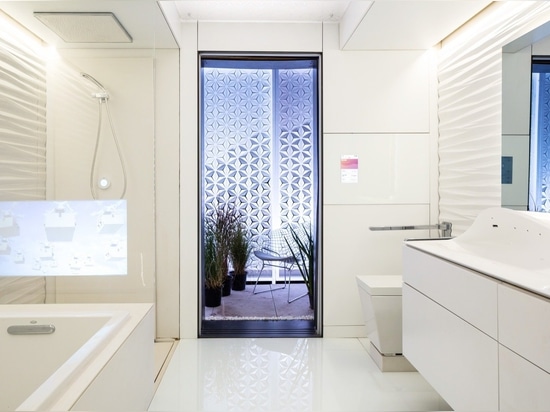 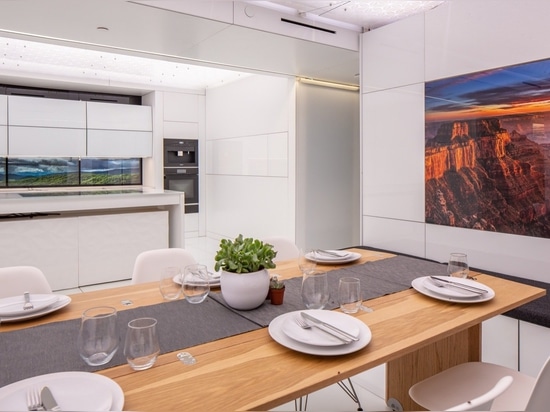 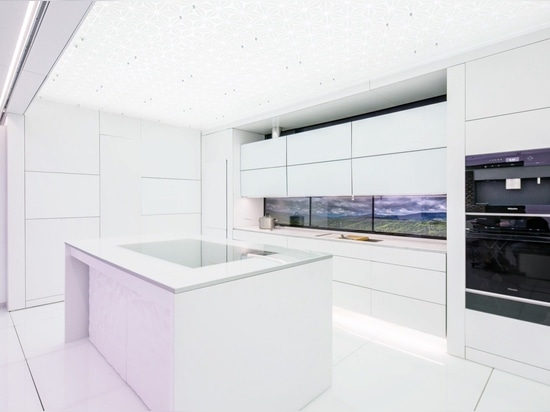 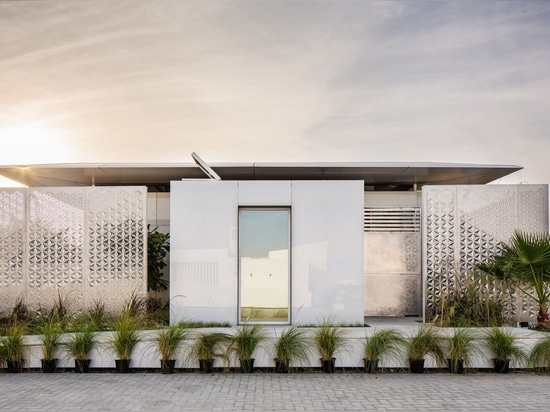