Within minutes of the completion of Stairway, an urban sculpture created by Izabela Bołoz in collaboration with Metro Copenhagen (the underground) for the city project Byens Hegn - Cool Construction, the surrealistic staircase was in full use. It is one of the more than 100 interventions along the 6 km of new metro line that will be in use in 2019.

Stairway is one of the biggest truly 3D interventions in this elaborate city project and invites action and use from its neighbors as well as passers-by. This is the second time Izabela Bołoz was commissioned a work by Cool Construction, after a successful collaboration on the project Shadow City in 2013. Stairway is on show at Sønder Boulevard, Vesterbro, Copenhagen until the summer of 2016.

Stairway is an urban sculpture for the modern equivalent of a town square in the middle of the urbanized environment of the Vesterbro district in Copenhagen city. Commissioned by Metro Copenhagen for the Byens Hegn - Cool Construction city project, Stairway provides a meeting place for families and a hangout for the elderly by day as well as a skating ring for the local youth by evening. The oversized stairs have a cool modern yet unrealistic look and feel in the urban environment, inviting neighbors to share their stories, rest and make it their own.

The urban sculpture Stairway resembles nothing so much as a surrealistic staircase. The azure blue stairs start on ground level and gradually lead upwards, onto the wall. On top of wall a door leads to an imaginary space. It cannot be physically entered but it allows the visitor to dream and imagine. In line with previous works by Izabela Bołoz, art and functionality go hand in hand. In Stairway the human dimension is most important, incorporating the various functions needed in an urban meeting spot.

The installation consists of 26 stairs and is made out of wood and metal. The proportions of Stairway are chosen especially to provide platforms at different heights, creating surfaces to sit and lie on. The composition creates a cozy space where groups as well as individuals can meet or pass by. The well-known shape of stairs becomes an urban meeting spot, which inspires interaction. The seductive blue color invites for play and action.

Stairway is an urban sculpture created by Izabela Bołoz in collaboration with Metro Copenhagen for the city project Byens Hegn - Cool Construction. As part of the new metro line that is under construction as of 2011 to be finalized in 2019, a total of 21 construction sites take up major public spaces where new stations will arise in the future. For Cool Construction, artists and designers are invited to create art ‘on the fence’, turning construction sites into temporary urban art labs for the benefit of neighbors and passers-by. The project, launched in 2011, facilitates, finances and curates temporary interventions on and along the construction sites (6 km in total), aiming to turn them into a positive and integrated part of the local urban environment. More than 100 projects are completed annually all around the inner city of Copenhagen. 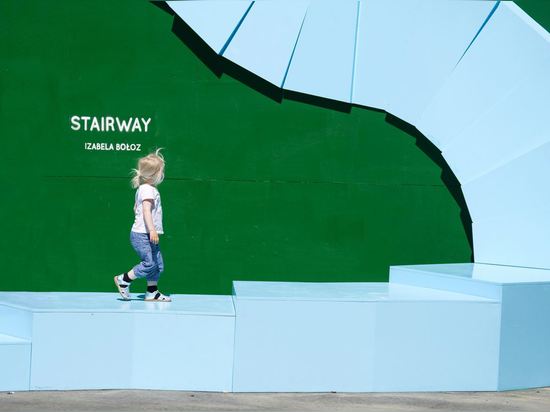 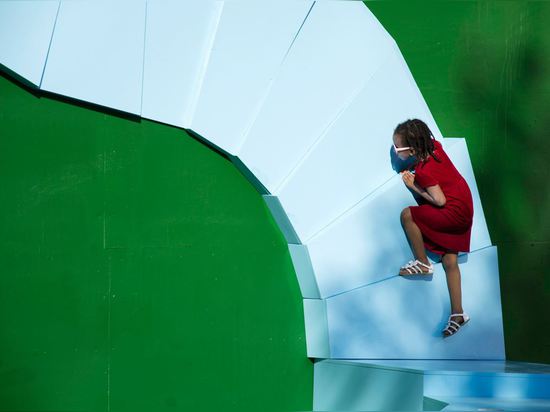 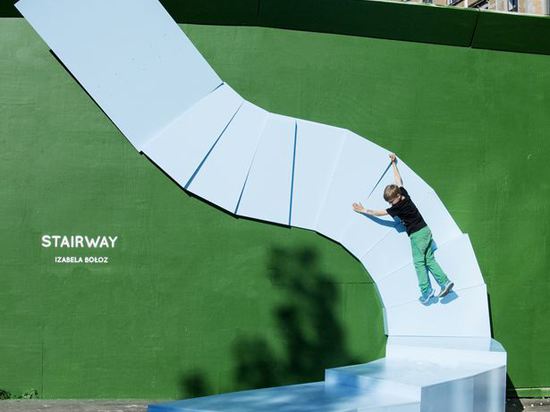 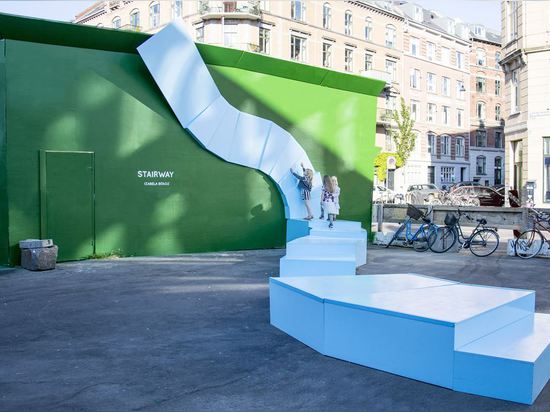 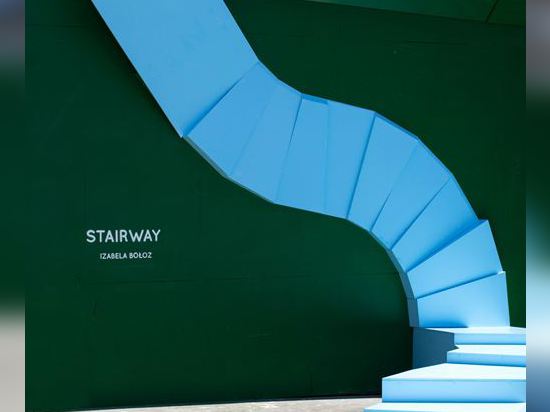 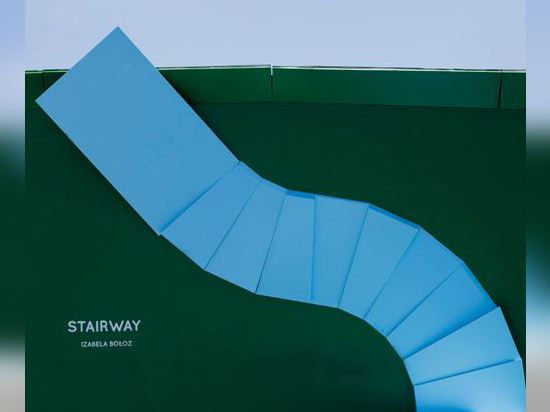