MAD's design for Harbin Airport Terminal Three would increase the capacity of the airport serving the capital of Heilongjiang, China's most northern province.

The airport terminal is designed to serve 43 million passengers on 320,000 outgoing flights per year.MAD chose the five-fingered fractal shape as a nod to the airport's setting in snowy Harbin, where its winters earned it the nickname of Ice City.

"Like a snowflake that has gently fallen onto the earth, it creates an architectural poetry that settles into its locale, while simultaneously expressing itself as a surreal, interstellar space of future air travel," said the architecture studio, which was founded by Chinese architect Ma Yansong.

Skylights set into the white roof would be articulated as ridges that would mimic the look of snowdrifts. Renders show glass domes over the indoor gardens, letting natural light into the terminal below.

The terminal's five-pronged shape is also designed to cut down the time it takes travellers to reach their departure gates.

The indoor gardens would connect different levels of Harbin Airport Terminal Three, providing a place for passengers to sit and enjoy being surrounded by greenery before their flights.

A new Ground Transportation Centre would also have gardens between the transport hubs. High-speed rail links, subway lines and airport buses would all route through to here, to encourage people to travel to the airport by public transport rather than drive.MAD often looks to nature to inspire the organic forms of its building designs.

The studio has designed a sports complex that sits under a park of green hills, and a set of skyscrapers that look like boulders, as well as an opera house for Harbin with a curving form that blends into the winter snow. 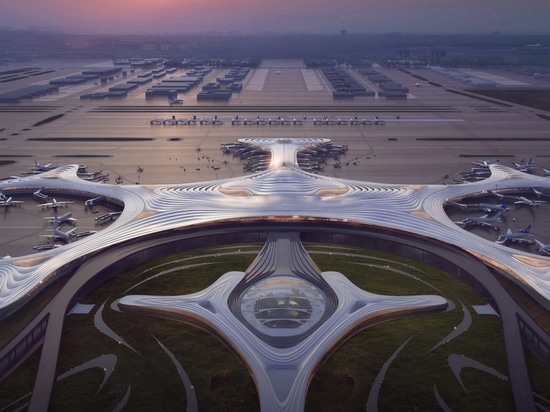 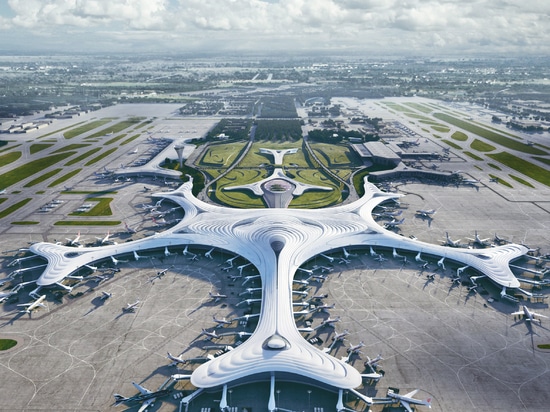 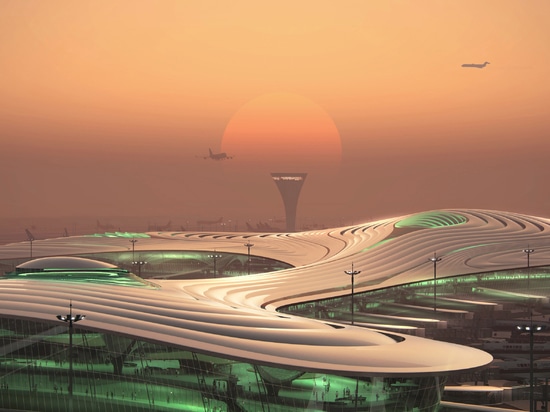 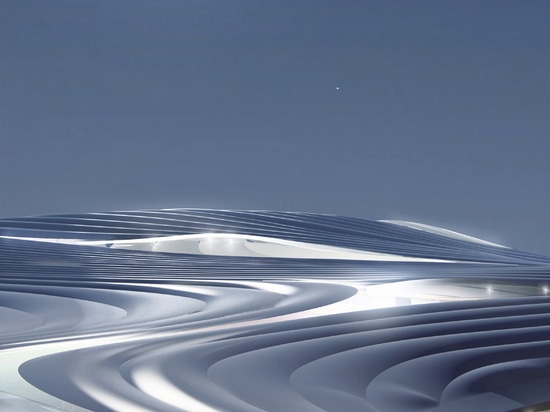