Foster + Partners pledges to make their buildings carbon-neutral by 2030

Foster + Partners is the first architecture practice to sign up to the Net Zero Carbon Buildings Commitment, meaning that by 2030 all buildings used by the practice will be carbon neutral.

The Norman Foster-led studio has joined 23 cities, including New York, London and Tokyo, in signing the commitment, which aims to reduce the built environment's contribution to climate change.

"We are proud to be the first architecture practice to sign up to the Net Zero Carbon Buildings Commitment, and welcome the Advancing Net Zero Status Report 2019 by the World Green Building Council as a collection of market leadership," said Chris Trott, partner at Foster + Partners and head of sustainability for the practice.

The commitment was launched at the Global Climate Action Summit in September 2018 by the World Green Building Council (WGBC), a non-profit organisation dedicated to holding the construction industry to the goals of the Paris Climate Accord.

Signatories to the Net Zero Carbon Buildings Commitment have promised to make all new buildings in their portfolios net zero carbon for 2030, and do the same for their existing buildings by 2050.

Organisations, cities and regions have agreed to decarbonise their building stock and promote carbon neutral construction schemes as part of the commitment.

2050 is a target set by most climate change action groups to try and curb carbon emissions and limit global temperature rises to 1.5 degrees Celsius. In order to meet this target the WGBC aims to fully decarbonise the building and construction industries with its project, Advancing Net Zero.Construction is a particularly carbon-intensive industry. The WGBC aims to reduce the industry's carbon dioxide emissions by 84 gigatonnes over the next 30 years.

Carbon neutral buildings reduce or offset the carbon emissions produced in their construction and over their life cycle.

They are energy efficient structures that integrate passive strategies, such as using air flow to cool interiors rather than air conditioning, and often include renewable energy strategies such as solar panels to offset the carbon released in their construction process.

Foster + Partners won the Stirling Prize 2018 for Bloomberg's London headquarters, which claims to be the most sustainable office building in the world.

Its facade features moveable bronze louvres that can be opened for natural ventilation, and petal-shaped ceiling panels inset with thousands of energy-saving LEDs.

The practice, which was founded by Norman Foster in 1967, is currently masterplanning a sustainable state capital city in India, as well as the carbon zero tech city of Masdar in Abu Dhabi.

Designers are trying to tackle greenhouse-gas emissions around the globe. Last year architects in America implored Trump to address climate change in a letter written to climate-change skeptic president, while numerous geoengineering solutions have been proposed to fight climate change. 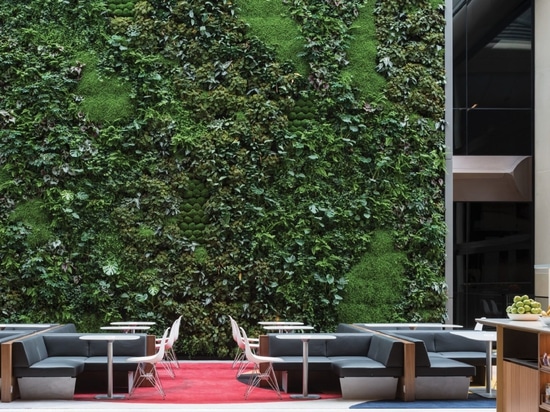 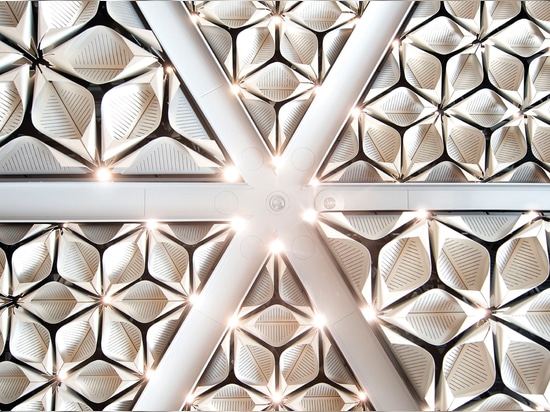