the famed german exhibition space, bucerius kunst forum, has relocated to its new premises along the revitalized alter wall in the city center of hamburg, germany.

the building block behind the listed historic facades of alter wall was completely redesigned by gmp architekten, architects von gerkan, marg and partners. the art venue will be formally inaugurated on june 6, 2019 and starting june 7, 2019, the public is invited to explore the new exhibition spaces.the bucerius kunst forum, which had previously been housed in the building that directly fronts onto rathausmarkt, was moved to the building at alter wall 12. the new property extends over four stories with a total of 3400 square meters (36,600 sqft). in addition to 850 square meters (9150 sqft) of exhibition space, the art museum also includes an auditorium with an atrium plus a studio and a shop. the lobby, with its ticket counter and the shop, is centrally oriented to the bucerius passage.

the architects introduced dark walnut wood in the main staricase to contast against the dark terrazzo floor and the otherwise white walls and built-in elements. the large exhibition hall on the first upper floor can be used entirely in the form of an open floor plan, or divided into smaller, more intimate spaces. expansive luminous panels clad the ceiling surface and ensure optimal lighting for any type of artwork displayed in the space. the auditorium and its atrium occupy an entire story, a space reserved to host events such as readings and concerts.

the exhibition space’s new location, alter wall, is in the midst of hamburg’s inner city, next to city hall and the hamburg exchange. it was a lively commercial street well into the 19th century, but in the 20th century as it filled only by banks and offices, its appeal to the general public waned. with the new development behind the listed facades at alter wall 2–32, the street alongside hamburg’s city hall is now regaining its former liveliness.

the alter wall building block was completely reorganized by gmp architekten – stores, restaurants and cafés were placed on the ground floor along the street, replacing the previous offices. this change aims to revitalize the redesigned street that will soon become exclusively pedestrian. the new building has a total of thirteen levels: a four-story underground parking garage and nine stories above ground. on the upper six floors, an elongated central courtyard with a glass roof defines the central axis.

in addition, a passage with a new pedestrian bridge over the shopping arcades along neuer wall will establish an attractive route across hamburg’s city center. the original facades along alter wall and the adjacent street will be restored as historical monuments. the entire redevelopment of the area will provide a more lively street scene, ideal as the new location for the bucerius kunst forum. 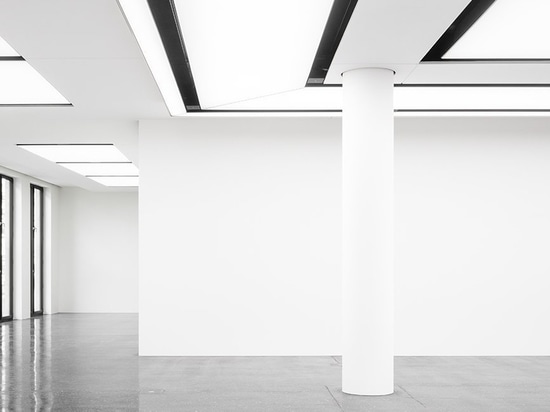 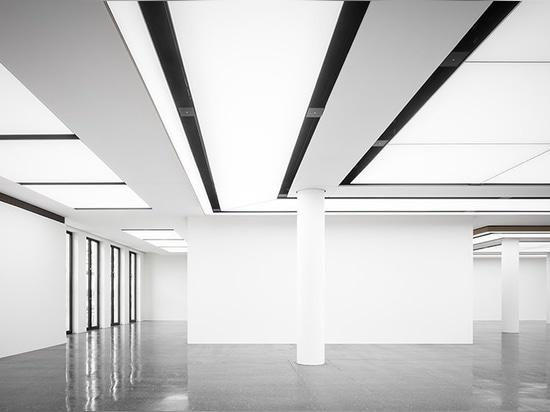 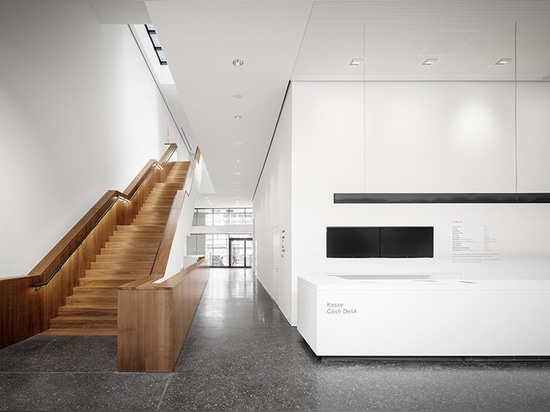 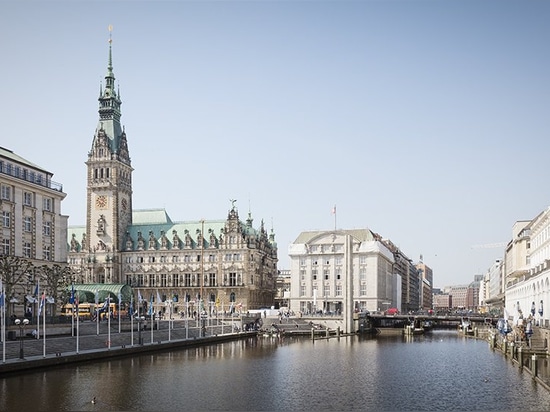 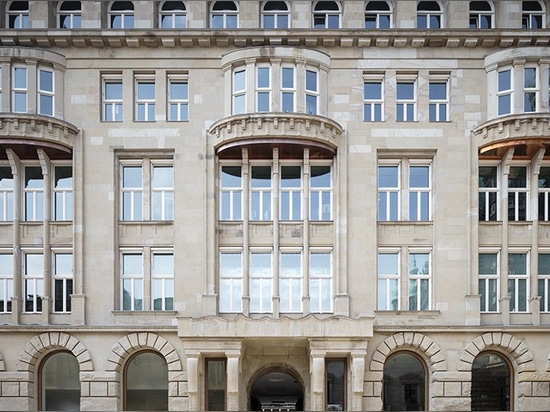 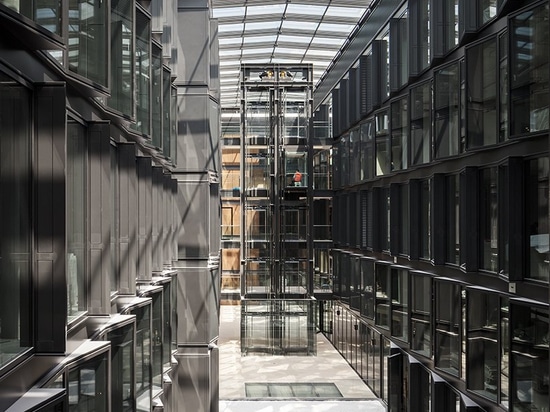