Opened in April 2019, Rockwell Group and Diller Scofidio + Renfro’s (DS+R) The Shed is an eight-level, 200,000-square-foot art center located on the southern, 30th Street flank of Hudson Yards. The project has received acclaim for its operable features, notably its gliding ETFE-clad shell and multi-ton doors.

The large operable doors, dubbed “guillotine doors,” are located on the north and east elevations of the structure. When lifted, they allow the central performance space, or the McCourt, to effectively function as an open-air pavilion.

The structural steel for the doors was fabricated with predrilled mounting for the glass facade and was assembled on site with kinetic components that facilitate proper guidance and alignment. Coordinating with kinetics contractors and fabricators proved a challenging aspect of the project. “Typically, kinetics contractors are quite independent of other construction elements,” said Charles Berman, associate principal of DS+R. “We had the opportunity to work with these trades in early engagement, design-build processes which ultimately led to the best path to success.”

Along the north elevation, the door measures 25 feet wide and 32 feet tall, while along the east it is 33 feet wide and 32 feet tall. Each door weighs approximately 30 tons and is lifted by a pair of electric drum winches that pull braided stainless steel wired cables through a series of roller bearings. The system is also integrated with brakes and lockout assemblies to allow for variegated opening heights. In total, raising the doors to their maximum height of 32 feet takes nearly two and a half minutes.

The Shed adjoins DS+R and the Rockwell Groups adjacent 15 Hudson Yards along a seam of polished steelwork. Many of the mechanical components of the performance space are embedded within the podium of the tower, ventilated by parametrically designed glass-and-louver modules. 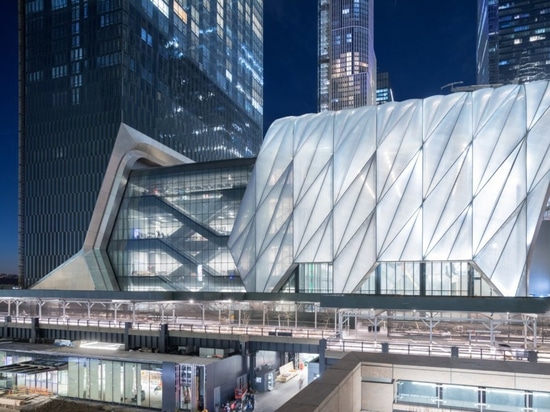 Diller Scofidio + Renfro and Rockwell Group's The Shed is located on the 30th Street flank of Hudson Yards. (Iwan Baan) 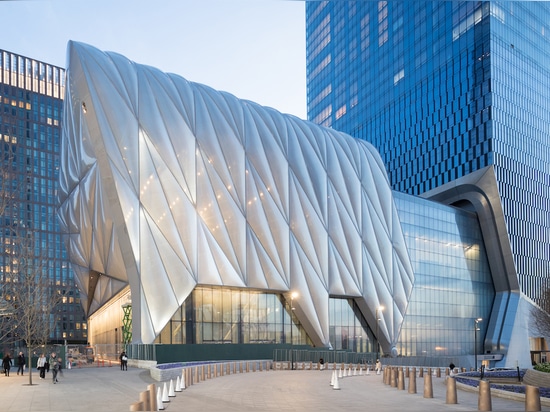 The doors are embedded within The Shed's movable ETFE shell. (Iwan Baan) 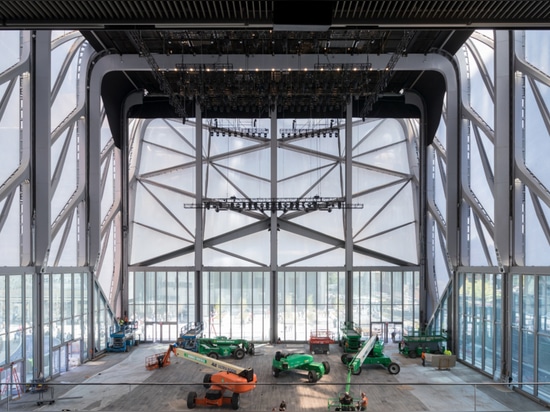 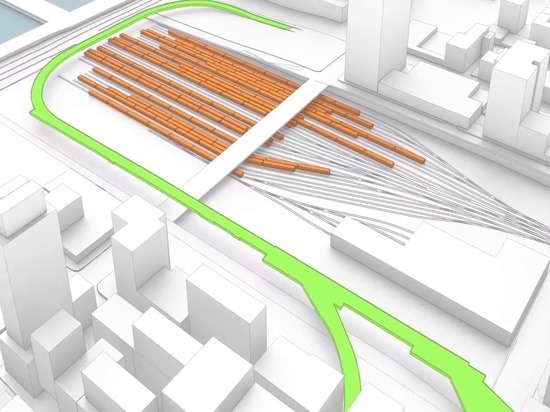