Casa M in Sao Paulo is a Perfect Restoration Project

When the owners of a home in Sao Paulo, Brazil, were able to acquire a neighbouring lot, they turned to Felipe Hess Arquitetos to make something special of it. The house had previously been through a number of renovations and the first order of business for Felipe Hess was to remove all those things that didn’t fit.

The gable roof was removed to put in a rooftop pavilion where occupants can go for a relaxing view. Felipe also added a new garage, a swimming pool, a sauna, and a leisure area. Felipe also took time to think of the kids, adding in a porch with a slide and a fireman pole from the first floor to the ground level.

The original split-level design was left untouched, but the layout was completely changed up to create a larger, more open floor plan with rooms that flow into each other. The lush vegetation of the site takes centre stage with the predominant white theme of the house providing a nice contrast. The interior also offers a contrast, but rather than the green of vegetation, the grey of cement plays off of the white on the walls and ceiling.

Felipe took a home that was a hodge-podge of renovations and remodels and turned it into a home where rooms and dwellings flow together seamlessly. 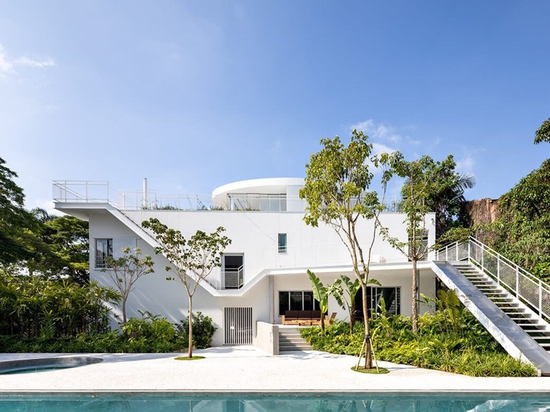 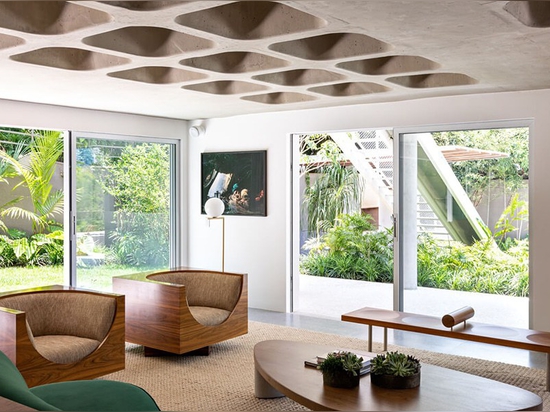 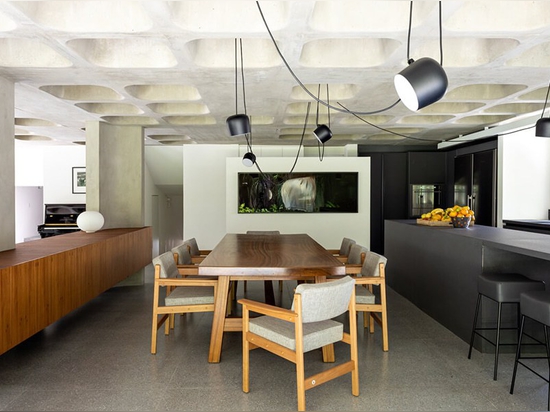 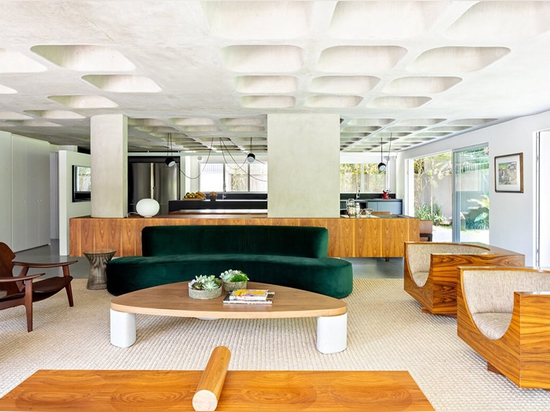