Al Rayyan is known in Qatar as the gateway to the desert, and for its strong embrace of the country’s traditional culture and heritage.

Al Rayyan Stadium and Precinct is one of the venues for the 2022 FIFA World Cup. Pattern are Lead Designer and architect for the 40,000 stadium, indoor training pitches and master planner for the precinct. The client theme for the site is Desert. This translates into a master plan concept of a caravan or journey in the desert landscape configured using a circle packing geometry.

Evoking the idea of a gathering, the stadium is a contemporary tent set in a metaphoric dune landscape. A key feature of the stadium is its elegant, ornate façade: a contemporary interpretation of traditional Naquish patterns specific to Qatari culture. This builds on our interest in how patterns are culturally rich symbols with a universal appeal. The stadium’s distinctive façade was created using cutting-edge parametric design so that the facade also plays an important role in cooling the building. The result is a landmark for Qatar that works effectively both as a world-stage for sport and, we hope, something that is genuinely meaningful and welcoming locally.

Deconstruction: Deconstruction of the former Al Rayyan Stadium was successfully completed by 2nd February 2015. At least 90% of existing materials at Ahmed Bin Ali Stadium will be re-used and recycled.

Post-tournament seating capacity: 21,000, with the upper tier of seats being removed and sent to developing nations in need of sports infrastructure.

Stadium overview: Al Rayyan Stadium will be fully compliant with FIFA regulations. There will be a bowl cooling system for spectator and player comfort, two giant screens and multi-function hospitality spaces.

Design consultant: The design is being undertaken by Ramboll and Pattern.

Design: The design draws on the history of Al Rayyan and is focused on Qatari tradition. The design will resonate with the location and culture where the stadium is placed and will be a valuable addition to the architecture of the municipality of Al Rayyan.

Sustainability: The design will actively reduce the carbon footprint of the stadium and precinct through renewable energy generation, lightweight building design, careful selection of materials and energy and water efficiency measures. The stadium is designed with the goal of certification under both the Global Sustainability Assessment System (GSAS) and Leadership in Energy and Environmental Design (LEED®) ratings.

Stadium features: The hospitality and service areas will be partially located outside the stadium in dune-like structures which resemble the sand dunes that surround traditional desert tents.

Legacy: The development of Al Rayyan Stadium and precinct marks a new era for the local community. In 2019, Al Rayyan Sports Club will have a world-class football stadium capable of hosting major events.

Al Rayyan Stadium will be a symbol of tradition, culture and progressive innovation, embodied in a unique architectural expression. It will become a landmark for Al Rayyan that promotes well-being, leisure and engagement at all levels of sport.

Al Rayyan Stadium will pay tribute to the past, celebrate the present and focus the entire community of on a prosperous future. 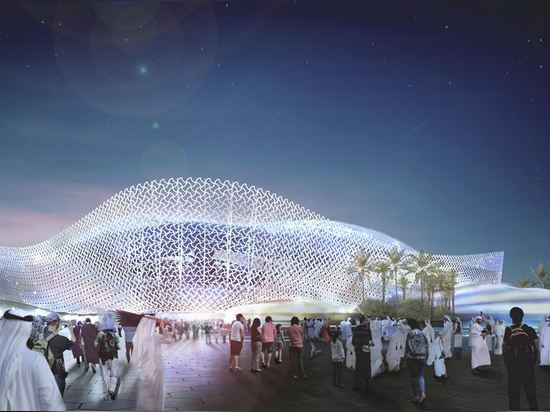 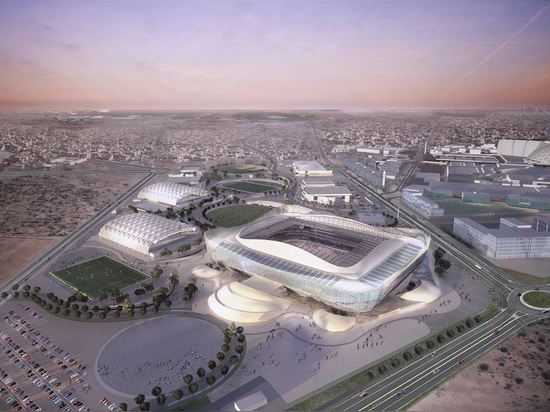 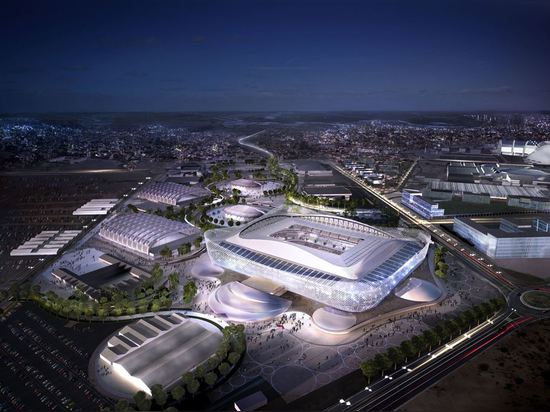 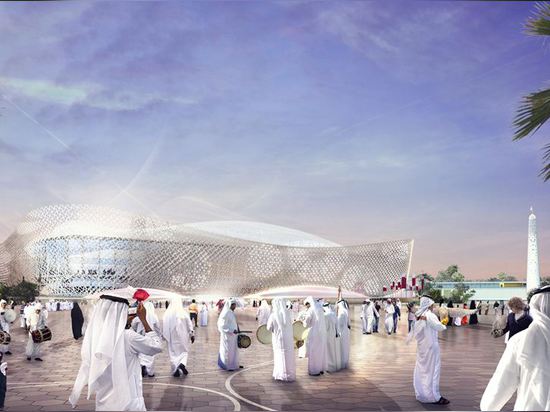 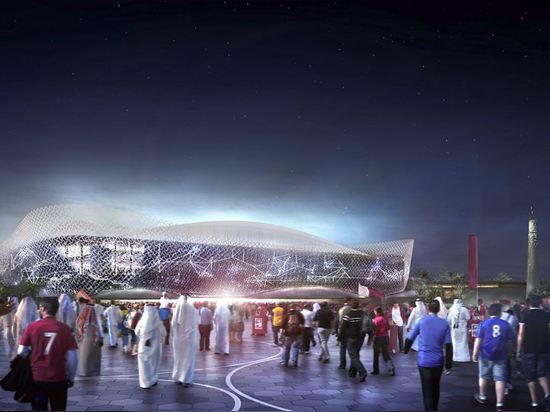 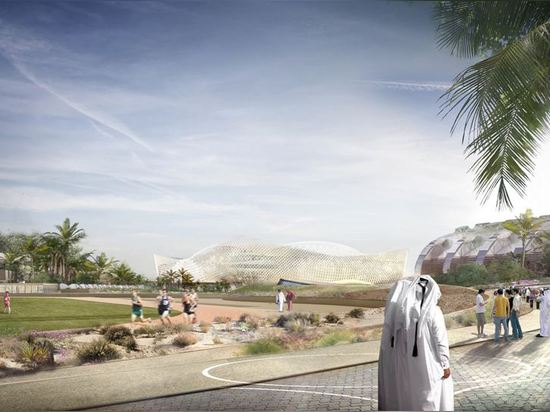