The interior design of Chuan’s Kitchen II restaurant is defined by the wall and floor materials used. The most important building material is a waste product resulting from the firing of regional black earthenware. These arched elements are fitted together in such a way that they create the impression of a chain mesh. The tiles, whose gloss radiates energy at dusk, are by contrast made of dismantled soil material of an underground railway construction. They cover the inner walls, the bar area and the floor of the whole restaurant.

A fascinating choice of materials characterises the design of Chuan’s Kitchen II restaurant which also gains merit for its expressive overall appearance. 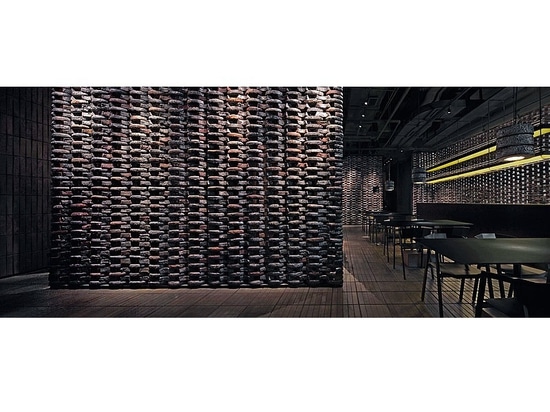