This is architecture holistically engaging with the complexities and subtleties of its richly layered urban grain - and in so doing, delivering a bold but deferential scheme which provides a hinge point, a contemporary interface between the Pier Head group of buildings (known collectively as the ‘Three Graces’), to the north, and the Albert Dock, to the south.

Designed by the practice's Liverpool Studio director, Matt Brook, Mann Island is this year the recipient of a RIBA award. This recognition from the Royal Institute of British Architects endorses a position, increasingly held by professionals and public alike, that Mann Island is indeed a worthy addition to Liverpool’s famous collection of fine buildings.

The £93m scheme consists of three structures and three public areas - the former comprising two trapezoidal residential wedges and one orthogonal office block; and the latter a sequence of carefully crafted spaces which reconnect the city centre with its historic waterfront.

The residential aspect of the project reinvents the high-density city centre apartment typology. Externally, the granite facades create a civic scale, while internally 12 storey covered courtyards provide a sense of residential community and escape from the city. The courtyards enable all the apartments, 363 in total, to be dual aspect and naturally cross-ventilated. The provision of internal balconies and defensible space provide animation and reinforce a sense of community.

The geometry of the two residential forms relates to Mann Island and the nearby Graving Docks, with their profiled roofscapes preserving key vistas of the Pier Head buildings when viewed from the Albert Dock. The geometry of the commercial cuboid, on the other hand, relates to the Mersey Tunnel building, the adjacent multi-lane highway and the city grid beyond, as well as providing a solid backdrop to the profile of the residential wedges when viewed from the river.

In essence, Mann Island’s tectonic presence is defined by the massing of its two residential buildings: two monolithic sculptures faced in absolute black granite and black tinted glazing floating over double height clear glass podiums. The module fenestration of the black facades is played down during the day, so enriching the impact of its pared-back aesthetic. Taken as a whole, these smooth black surfaces present a dramatic counterpoint to the visual intensity of the Pier Head buildings, while at the same time harmonizing with the surrounding dock water.

Integral to this dialogue is the quality of the polished granite, which was painstakingly researched in order to minimise the mineral inclusions within the material, thereby maximising its reflective sensitivity to the rapidly changing light and weather conditions of the dock environment. Within this dynamic, the polished granite and glass facades reflect the texture of the surrounding World Heritage Site, creating an ever-changing appearance as visitors move through and around the buildings.

This animation of the residential facades is further heightened by the glazing panels opening inwards, which creates a sense of intrigue and mystery: dark flush facades giving way to seemingly darker interiors within. And then at night everything changes: civic sculptures metamorphose into city centre apartments as residents within each block illuminate their homes. To maximize the impact of what appears from the outside to be a change in typology, the scheme’s external night-time illumination is restricted to, and around, the retail podiums further enhancing the ‘floating’ nature of the buildings above.

The glazed podiums also create a visual contrast to the solid bases of the adjacent Pier Head buildings, while the sloping roofs of the residential wedges form fifth elevations whose roofscapes are animated with terraces offering views of the river and surrounding urban grain.

This ‘fifth elevation’ is meticulously detailed: the sharpness and precision of both the copings and the atrium roof design elegantly define the two shadow gap drainage channels which circumscribe each of the roofs. The crenulated roofscapes also provide a sense of scale and texture, which is offset by the purity of the elevations. Moreover, when viewed as a composition, the valleys and peaks of these two residential blocks reflect the skyline flourishes of the Pier Head buildings. 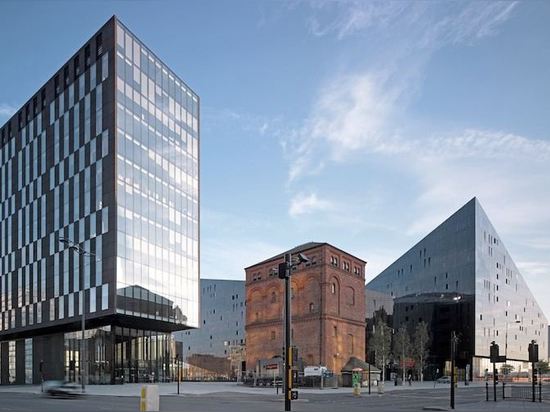 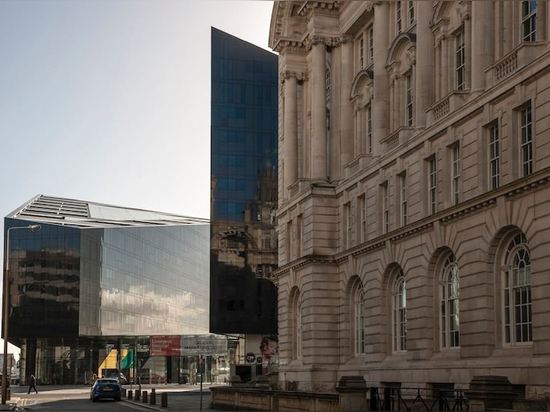 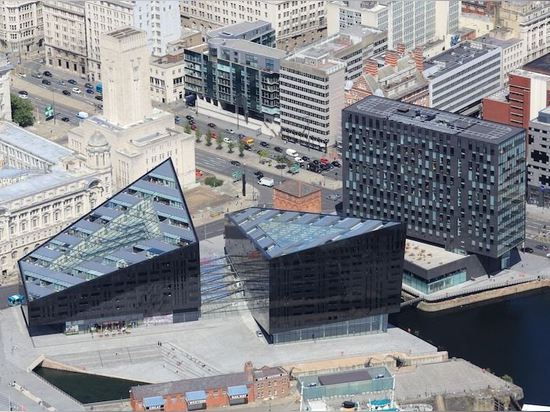 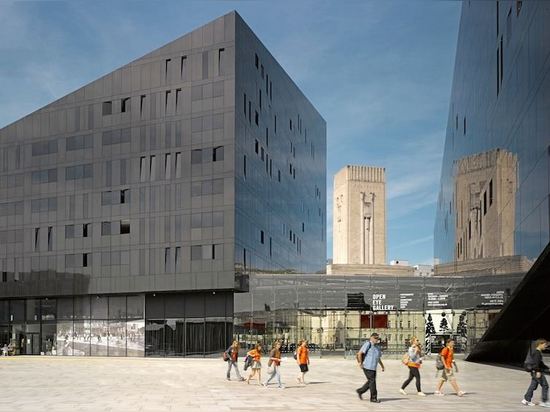 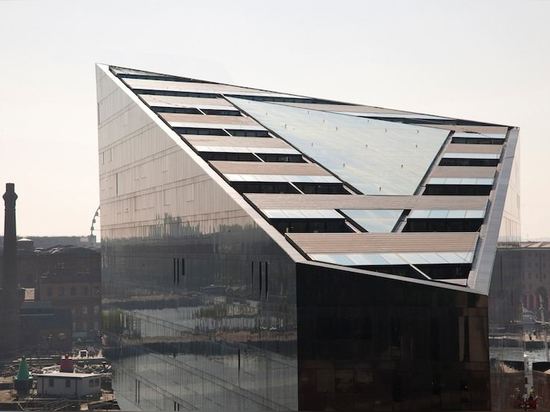 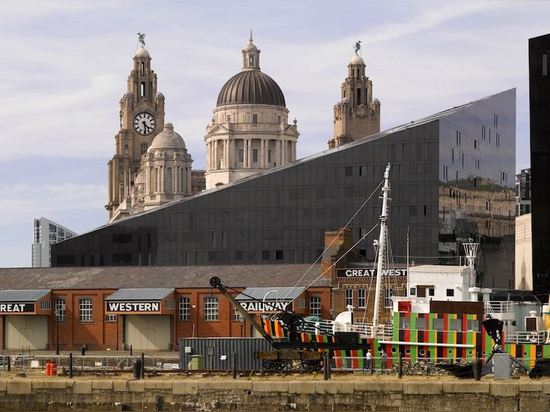