A stack of intersecting concrete and metal cuboids combines to create this long, narrow home in Shiga, Japan by FORM/Kouichi Kimura Architects.

Located on a suburban site surrounded by low buildings and wide roads, the new home is called Slender House.

The home was built on a 7.5 metre by 17 metre site for a young family that needed a series of flexible spaces.

"In the vicinity are houses built by house-building companies or local builders we aimed to build a house that possessed a dignified presence in such a cluttered townscape," said the practice.The home is split roughly into three blocks – a slim, concrete entrance hall at ground level, an overhanging, black rendered form above, and a two-storey, corrugated metal-clad form at the rear.

Given the exposed nature of its site, these blocks were configured to frame views out but minimise views in, with carefully positioned windows. The largest of these are located at either end of the home, while the long side elevations have only a few small openings."The dynamic configuration of box-shaped volumes with a rhythmic layout of windows produces beautiful life scenes where light and scenery are taken in while overlooking from the neighbours is blocked," founder Kouichi Kimura told Dezeen.

Two entrances sit on either side of the concrete ground floor, opening onto a long hallway that leads to the children's bedroom and a bathroom at the back of the house.

"The internal space has been planned around a long narrow hallway, along which your body senses the site's geometry," said Kimura. "As you proceed along this hallway, you will see the house's spaces spread out one after another."

A concrete stair leads to the upper level, where the living space faces a large window looking north-east that protrudes slightly from the home's front elevation."The natural scenery and light that are taken inside the house create an internal atmosphere that is ever-changing," described Kimura.

Aiming to create a feeling of "coziness", the interiors have been finished with dark wood and white walls. At ground level, a horizontal datum of exposed concrete creates a sense of continuity with the home's exterior.Kimura founded FORM/Kouichi Kimura Architects in 1991, and the practice has completed several projects in Shiga, where they are based.

On an equally narrow site, Promenade House worked with similar concepts to Slender House, and the House of Silence was designed to be deliberately alien to its neighbours. 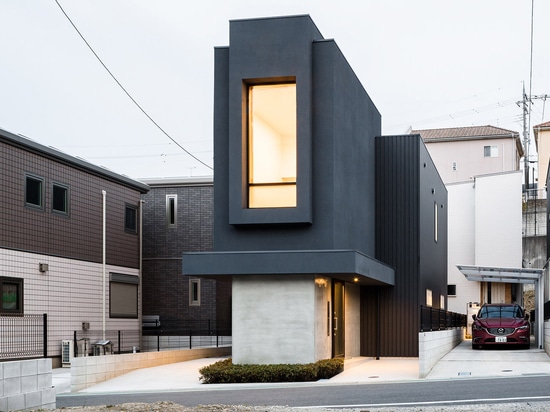 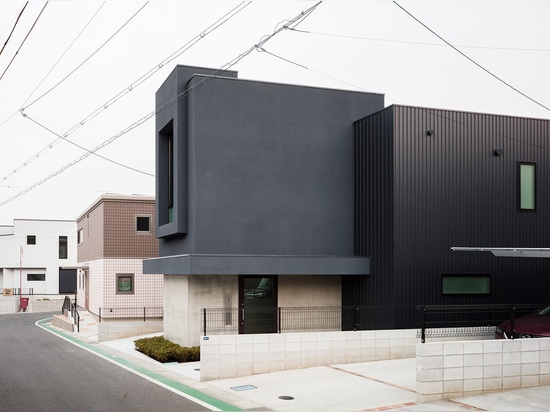 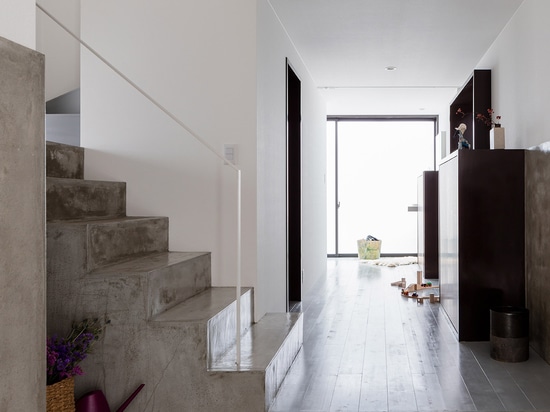 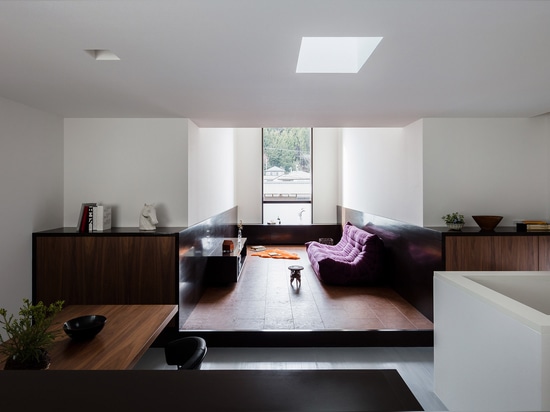 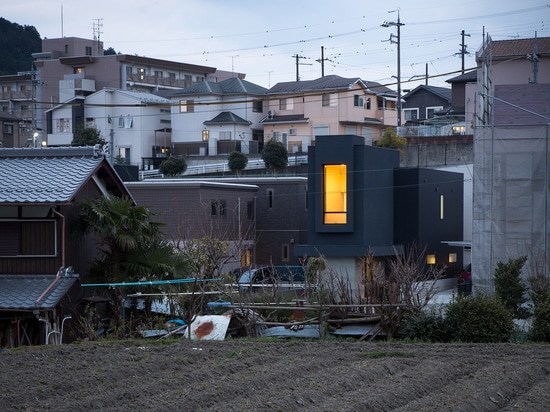