An Ode To Manmade Land is a pair of viewpoints designed by Vector-I Architects on a man-made dyke at the Lauwersmeer National Park, in the Netherlands.

Created in collaboration with local artist Lambert Kamps, the two structures are designed to give views across the artificial landscape and to "provide new perspectives on rising sea levels".

Called The Viewing Dyke and The Periscope, the viewing platforms were built on the coastal path at Lauwersoog in the north-east of the Netherlands on an artificial dyke.

With the viewpoints, Ben van der Meer, founder of Groningen-based Vector-I Architects, hopes to draw attention to the issue of rising sea-levels and the fact that many of the Netherland's dykes may have to be increased in height in the near future.

"Raising the dykes is a serious matter that the Netherlands is facing," Van der Meer told Dezeen.

"We need to protect the country that lays below sea level. The installations visually address this matter."

The original dyke was built to enclose the Lauwers Sea in the 1960s after a series of floods in the early 1950s.

The Viewing Dyke is a 100-metre-long earth mound that has been created as an extension to the dyke between Lauwersoog's harbour on the Wadden Sea and the marina on the enclosed Lauwers Sea.

The wedge-shaped earth mound ends with a seven-metre-high timber staircase that acts as viewpoint over the natural and enclosed bodies of water.

By raising the height of the dyke Van der Meer aims to both show what may need to be built in the future and also invoke the history of the area, which has many man-made interventions.

"When on the viewing platform, you're on man-made land, overcoming the force of the oceans and over-seeing both the endless sea on the north side and the framed man-made lake on the south side," he said.

"Also being on the border land and feeling both safe distance to, and connection with, the water."

The second installation, The Periscope, is a timber structure that is covered in a series of mirrors and open-air periscopes.

Visitors to the area can use these periscopes to look across the surrounding man-made landscape.

Van der Meer hopes that the installations will make people think about sea-level rise and take them out of their comfort zones.

"In safe situations people take structures for granted and feel comfortable just being, not thinking about the hazards that we face," he said. "We use art and architecture to surprise people by changing the regular to something irregular."

Van der Meer is not the only designer to be considering the implications of sea-level change. Earlier this week Squint\Opera reissued a series of speculative visualisations depicting London in 2090, while the Royal Institute of British Architects has declared a state of climate emergency. 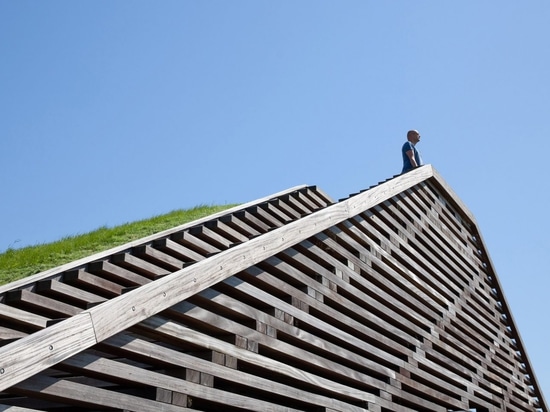 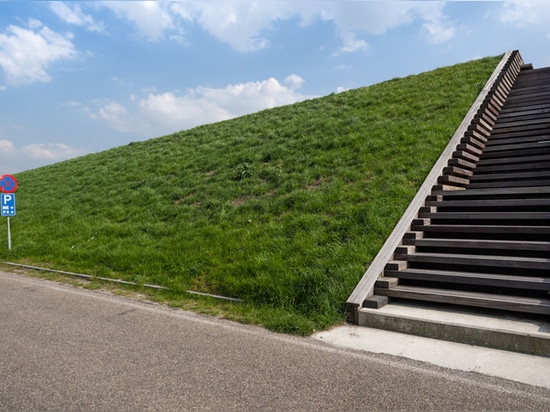 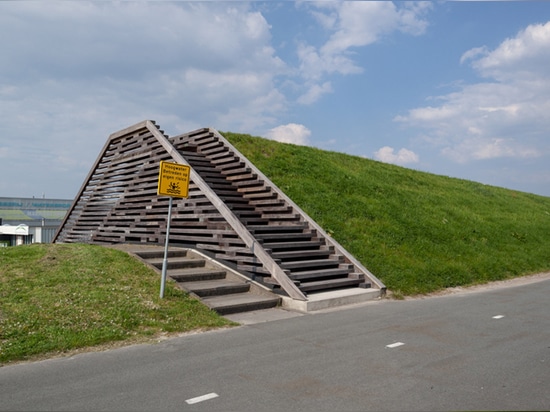 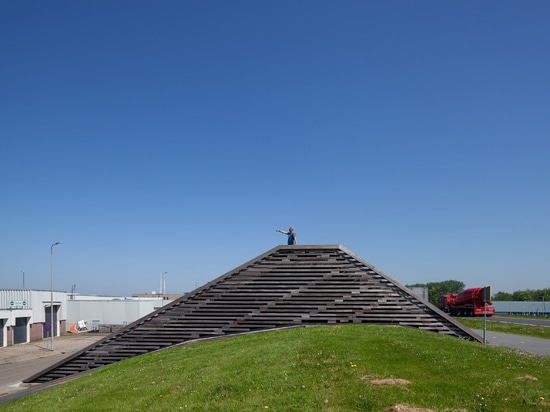 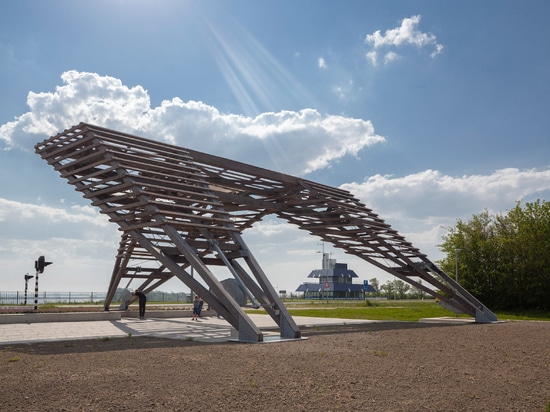