Con Form Architects has converted a small London loft into a bright home office by inserting a glazed section with a large steel dormer window.

Called Dormore – a portmanteaux of "dormer" and "more" – the loft conversion has turned a difficult, low-ceilinged space into a bright workspace for the client, who has started to work from home.

Con Form Archictects made a simple yet dramatic move of taking a large slice out of the back of the roof and infilling it with glazing, flooding the otherwise cramped attic space with light.

Rather than blending in with the surrounding roofs, the new dormer window has been placed atop this new glass roof section.

The dormer is wrapped in anthracite steel cladding, subtly marking it as distinct from the tiled roofs of the surrounding buildings.

"The large opening facilitates an intriguing, tactile relationship with the existing prominent brick chimney and parapet, typically confined to the otherwise distant world of roofscapes," said the studio.Continuing the existing stairwell, a compact folded steel staircase leads up to the new loft space, passing a small roof terrace accessible via a large rotating window.

For the study itself, areas of the existing brick wall and chimney have been left exposed, covered by a horizontal oak datum and shelving spaces, below which sit white wooden elements and a whitewashed floor.

A stepped up floor level creates a small, low-ceilinged space underneath a skylight, which is separated from teh office space.

"Dormore proves that even in contentious locations, or tiny resultant spaces – more is possible," said the studio.

Con Form Architects was established in 2017 by Ben Edgley and Eoin O'Leary. The practice has worked on several residential schemes in London, including a rear extension with criss-crossing steel beams at its centre.

Dormer windows offer a neat solution for loft conversions that are short on space. Konishi Gaffney added a zinc-clad dormer to create an extra bedroom for a house in Edinburgh, and Fujiwara Muro Architects used multiple dormers to make more space in a sloping house in Tokushima. 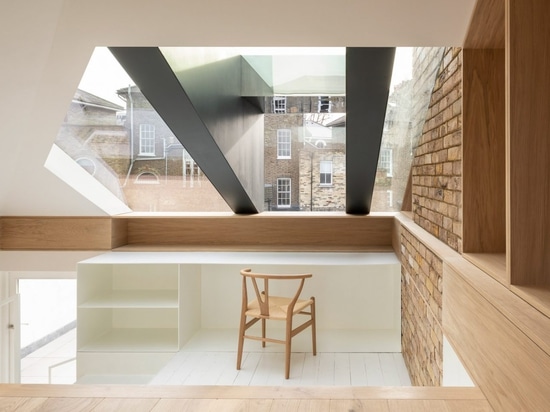 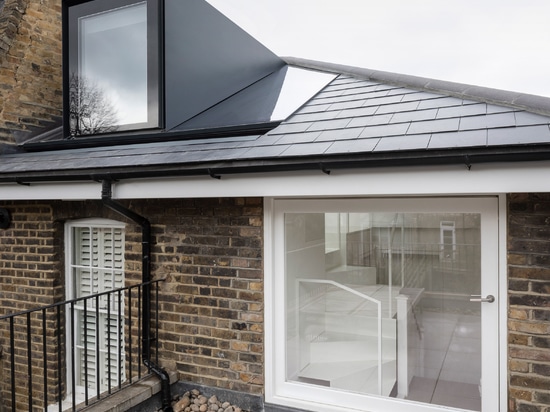 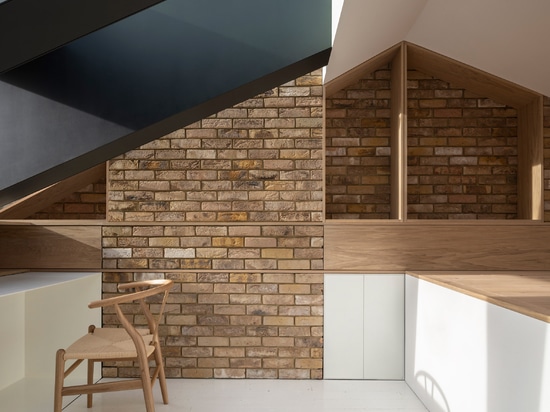 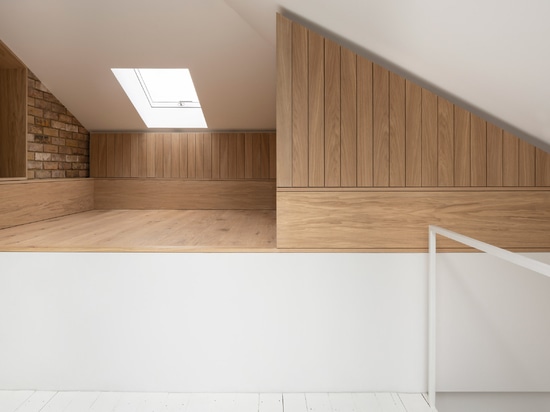 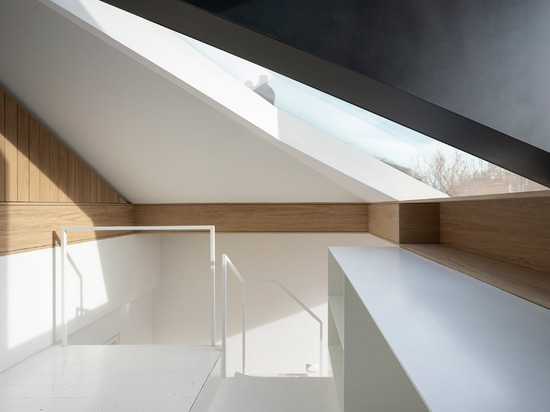