Thayer Brick House is hidden behind a brick screen

American firms Brooks + Scarpa and Studio Dwell have created a suburban Chicago home with an inner courtyard screened from the road by "vertical twisting columns" of brick.

The Thayer Brick House sits on a leafy street in Evanston, a college town just north of Chicago. Designed for an investment banker, the dwelling occupies a slender, rectangular lot bordered by more traditional houses.

The project was designed by California-based Brooks + Scarpa, with Chicago firm Studio Dwell serving as architect of record. Rectangular in plan, the house consists of airy volumes organised around a gravel courtyard facing the street.

A key motive for the design team was to build with brick, a material often found in American Midwestern architecture.

Rather than typical red brick, however, the team opted for Chicago common brick, which is made of local clay and comes in various hues.

Due to its rugged texture and inconsistent colouring, common brick has generally been inexpensive and abundant. The prosaic material was historically "used in places generally obscured from the street, such as side and back walls, chimney flues, and structural support behind facades".

"Conversely, the brick at the Thayer House is highly visible and featured as a prominent design element," said the team.

For the street-facing facade, the team created a distinctive screen made of bricks placed at different angles. During the day, the brise-soleil allows natural light to filter into the house. At night, it reveals golden light from within, giving the house a soft, glowing quality.

"The street facade is organised in vertical twisting columns to create an ever-changing pattern of opening and closing as light moves across and through the facades," the team said. "As the viewer passes by the home, the facade creates a moire-like pattern that appears to be constantly in motion."

Brick was also used for sidewalls and was left visible within several interior rooms. The rear of the house is wrapped in cement-plaster panels made of recycled Portland cement.

The home is fronted by a small yard filled with tall prairie grass. A diagonal pathway cuts across the yard, leading to a recessed entrance. Visitors step through a threshold and then traverse the courtyard to reach the front door.

Encompassing 2,800 square feet (260 square metres), the home is divided between public and private zones. The ground level contains a double-height public area, along with a glazed corridor and an office. A master suite and guest bedroom are located upstairs.

Throughout the dwelling, glazed walls provide views of the courtyard and usher in dappled light.

"Light seeping through the brickwork produces a shifting geometric pattern of light and shadow on the walls and floors of the rooms, circulation areas and neighbouring structures that alters throughout the day," the team said.

For the interior spaces, the architecture studios used a restrained palette of materials and colours, with an emphasis on sustainability.

Gypsum-board walls are made of recycled content and are formaldehyde-free. Wooden flooring consists of oak certified by the Forest Stewardship Council. Non-toxic paint and "eco" tiles also were used in the home.

Throughout the project, the team aimed to placed an emphasis on materials, both in terms of performance and aesthetics."The design examines the tension between materials, form and experience," the team said.

"Of particular interest is the idea of transcending traditional craft and elevating humble materials without trying to make them into something other than what they really are."Other homes in Illinois include a Chicago townhouse by HBRA Architects that features a patchwork of stone, brick and glass, and an aluminium-clad dwelling by Studio Dwell that is embedded into a sloped, riverside property. 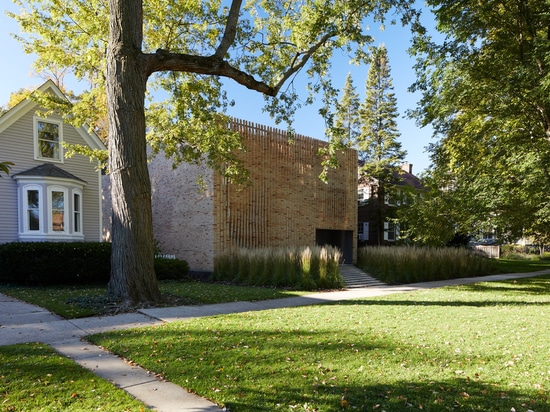 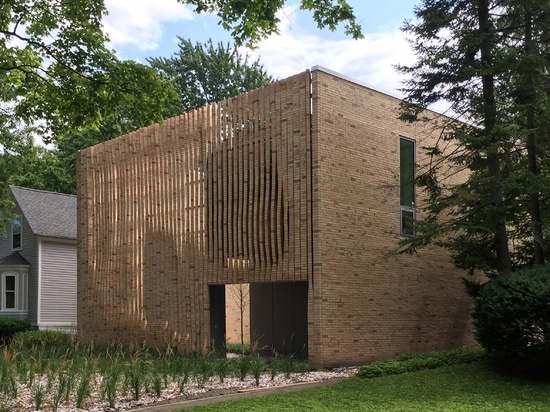 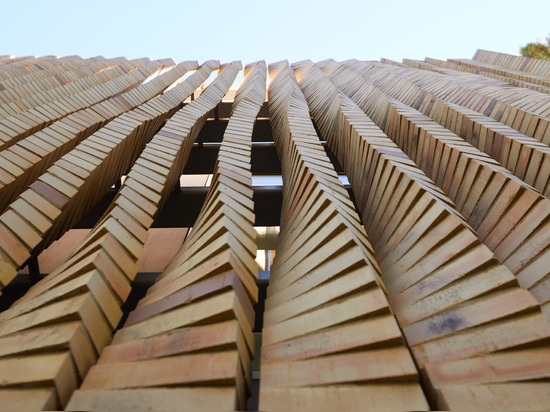 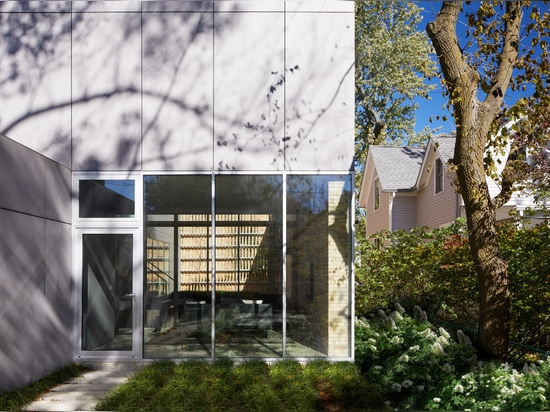 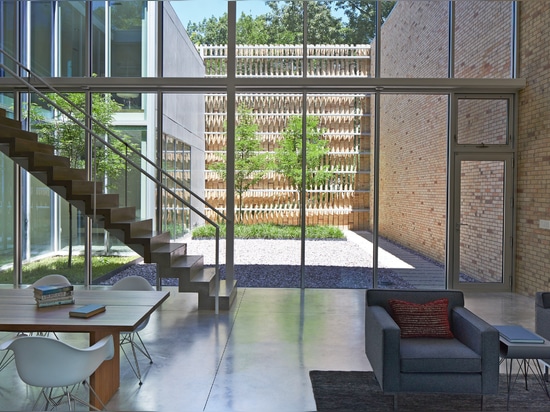 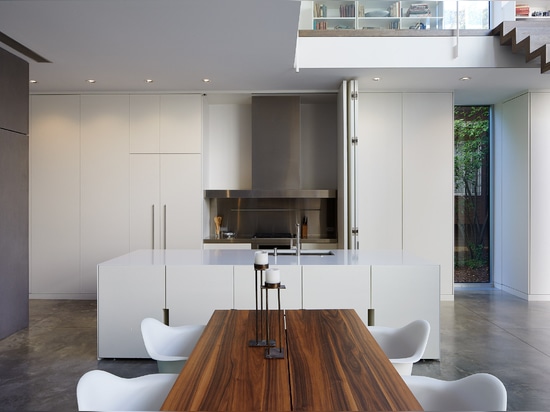 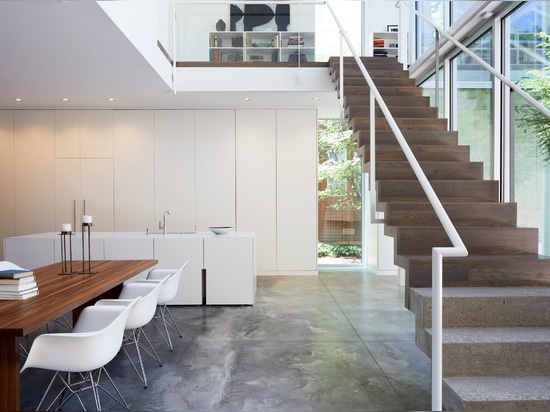