Fraher & Findlay has built a wildflower-topped rear extension, a glass-walled courtyard and a loft extension for a 20th-century house in London.

In the 19th century it would have been occupied by orchards and gardens famous for their produce.

The rear extension reads as two distinct brick cubes, the higher housing the kitchen and the lower a garden-facing snug.

The wildflower gardens on top of The Courtyard House's extension are designed to be another garden space to look out over from the first floor bedroom.

"To avoid a full-width rear extension, the design breaks up the rear massing of the building," said the practice.

"Stepping the extension down into the garden to soften the level change that was problematic for the existing house."

A wrap-around roof light in the kitchen block enhances the feeling of a connection to the garden, and new, high-level picture windows in the living space frame views of the lower extension's wildflower roof.

A glazed courtyard has been built at the rear of the large ground-floor living space to maximise the connection between the garden and the interiors of the home.The courtyard also brings light and natural ventilation deep into the plan, and creates a sheltered outdoor place to sit.

The loft extension houses two additional bedrooms and is accessed via an extension of the home's original arts and crafts staircase.

All of the new areas reference the original finishes of the arts and crafts home, with timber finishes and brass detailing.

The Courtyard House's extensions are distinct by their smooth concrete floors and black metal window frames.

Fraher Architects was founded in 2009 by Joe and Lizzie Webster, and in 2018 joined forces with Findlay construction to become Fraher & Findlay.

The practice have previously worked on numerous London home extensions, including the black metal-clad Signal House, and an extension built using zig-zagging courses of black bricks. 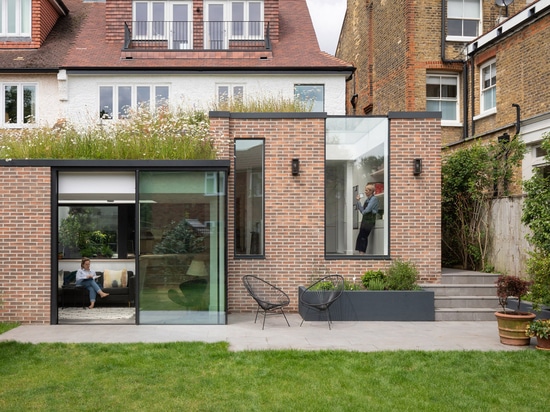 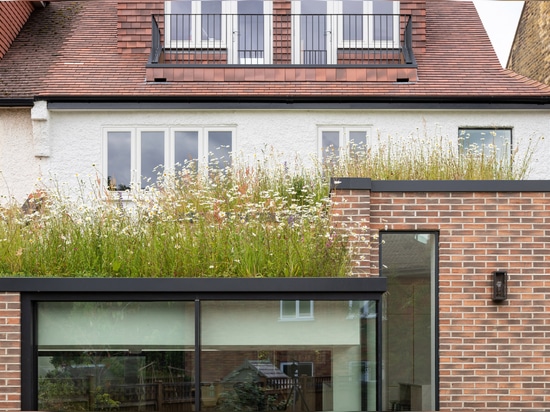 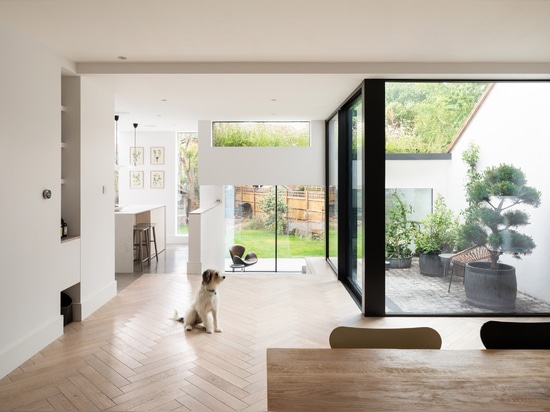 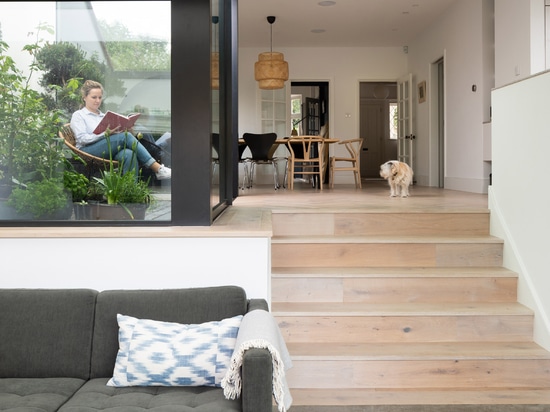 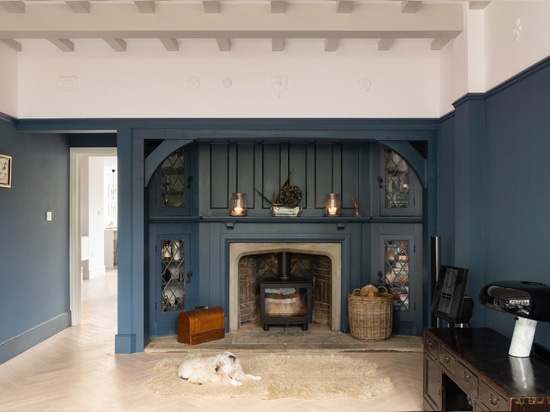