stefano boeri architetti (SBA) has unveiled plans for africa’s first ‘vertical forest’ — a concept that has already been realized in milan, and is planned for a host of other cities.

the project, which boeri designed with local partner shimaa shalash and landscape expert laura gatti, will see the realization of three ‘green cubes’ in egypt’s new administrative capital city — currently under construction in south east cairo. according to boeri and SBA partner francesca cesa bianchi cairo can ‘become the first northern-african metropolis to face the big challenge of the climate change and of the ecological reconversion.’the three experimental buildings — one hotel and two apartment blocks — will be built by the egyptian developer MISR italia properties in a central area of the new capital. measuring 30 meters (98 feet) in both height and width, the three green cubes will host 350 trees and more than 14,000 shrubs and 100 different species of plants. the three self-sufficient vertical forests will absorb about 7 tons of carbon dioxide in one year and produce 8 tons of oxygen.

the project forms part of a broader initiative to ensure a ‘greener cairo’. in addition to the insertion of new buildings and vertical forests, the ecological conversion of the city includes a campaign to ‘green’ thousands of flat roofs and façades, and the implementation of a system of green corridors that will form a ‘big orbital forest’. the construction of the three vertical forests will begin in 2020 with completion scheduled for 2022. 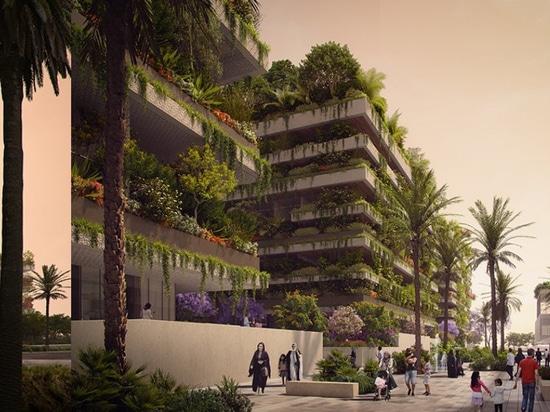 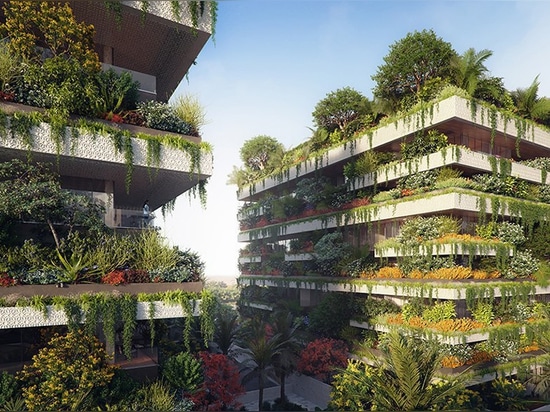 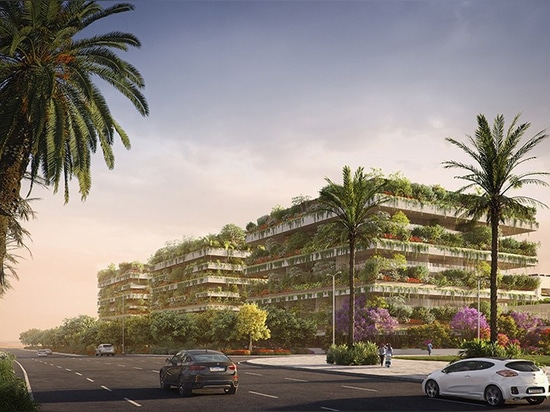