located in the village of dandaji in niger, atelier masomi has designed a marketplace as a new public space for the local community.

considering the rural area, the previous markets were only temporary, moving from village to village and running on a weekly basis. due a rapidly increasing population, this project gives the people of dandaji a permanent area for them to buy and sell goods.the project focuses on creating a new, visually appealing space for the village while also retaining a semblance of the original markets. with this in mind, atelier masomi has planned the buildings around an ancestral tree that was the focal point of the previous weekly market. the intervention has also been conceived as a means to draw commerce to the area, proudly announcing the public space as a beacon of the rural village.

regarding the actual design of the market, atelier masomi has kept it simple. the program is laid out as a series of rational compressed-earth brick structures, punctuated by the round metal canopies. these colorful interventions provide shading under the hot sun, protecting both sellers and buyers. the rounded shape of the canopies also appear like trees, referencing the original tree in which the new market is planned around.

the project provides a new heart to the village of dandaji, one which functions not only for commerce but also a place for the community to come together. in essence, the main goal of the design is to create a space that projects a sense of confidence and aspirations for the future in the users themselves by way of a dramatic upgrade from the market’s initial wood and straw structures. 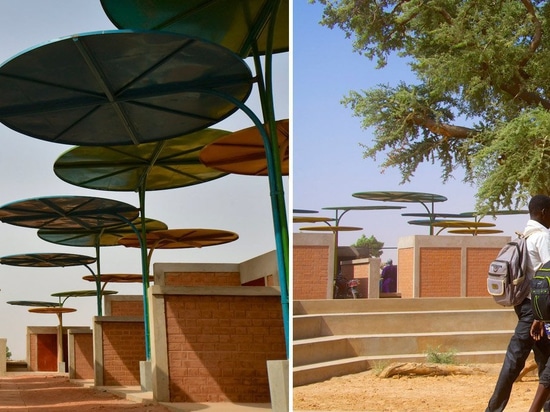 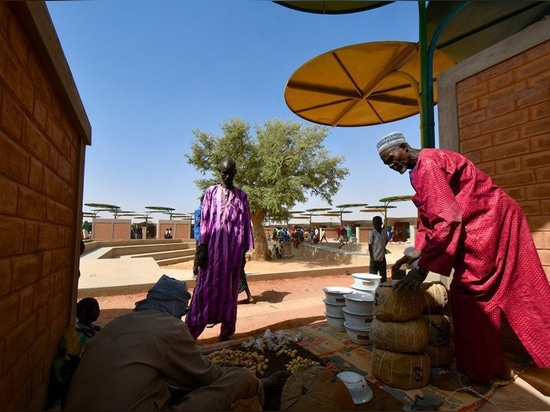 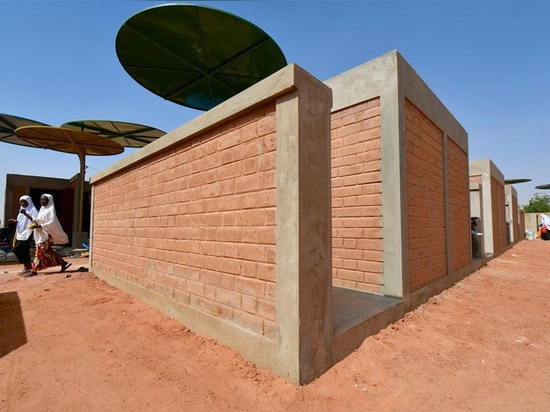 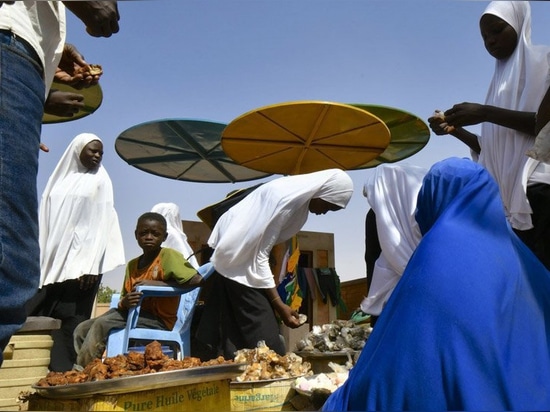 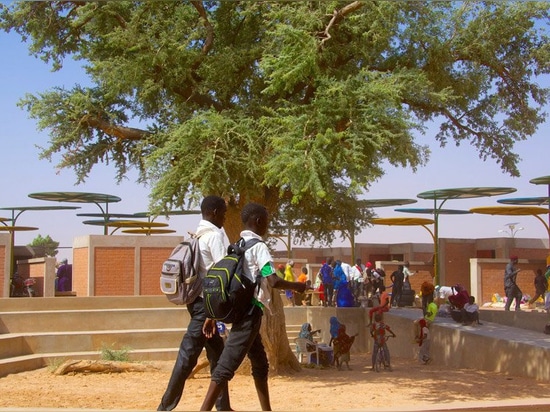 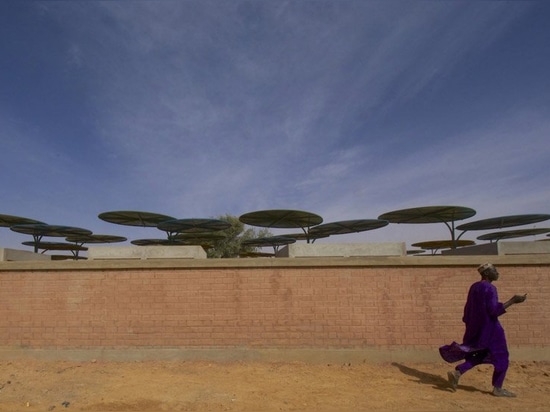