titled coshocton ray trace, the project is intended to engage the community in its construction and provide it with a meeting place over the summer of 2019, at the end of which it will be dismantled and sent back to the manufacturer for recycling.commissioned by the pomerene center for the arts, behin ha has designed the temporary shade structure at the site of a burnt-down hotel building in artpark, a public park in coshocton, ohio, as a way of engaging the community in the arts at an otherwise blighted location. the installation works with existing structures on the site, tensioning light, bright orange ribbons of a coated mesh fabric between an existing steel balcony structure and the ground.

coshocton ray trace was assembled with the help of the community, who was involved in the tensioning of the ribbons between pre-designated anchor points and their stapling in place, after local contractors did some preparatory work. the anchor orientation at the top and bottom create a twist in the ribbons which makes the installation more transparent at eye level, and more opaque towards the southern direction. the bright orange color of the ribbons invites curious passersby to come into and explore the park, while, so far, the installation has also been used for various formal gatherings, including city council meetings and music performances. 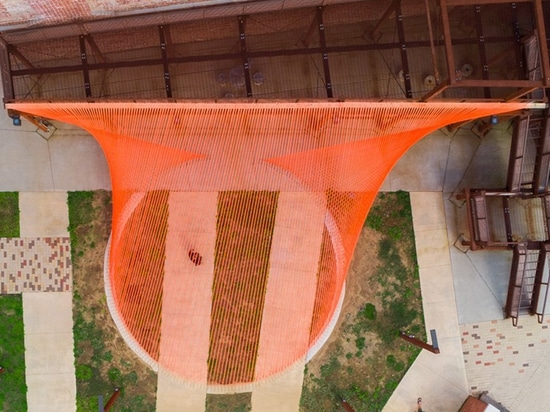 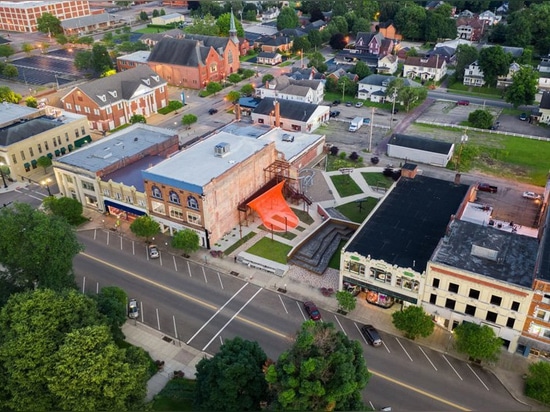 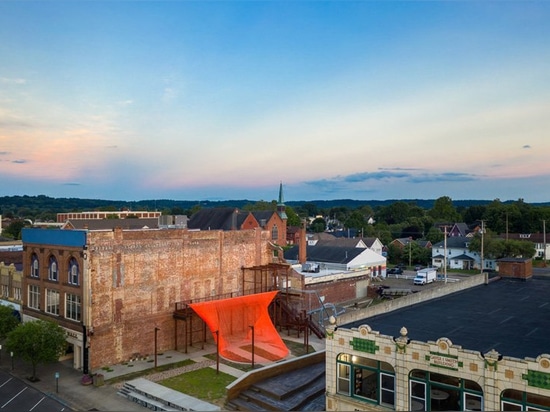 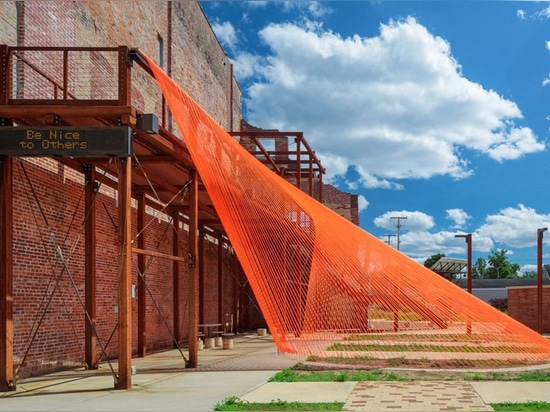 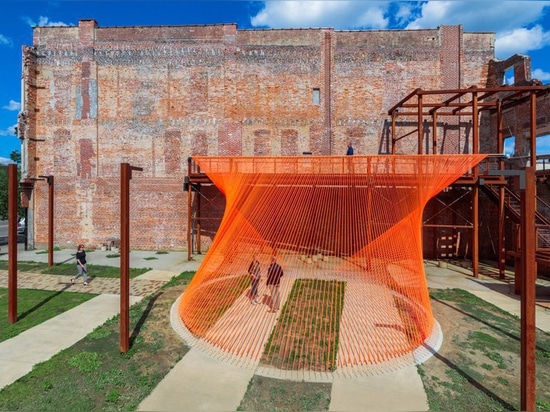 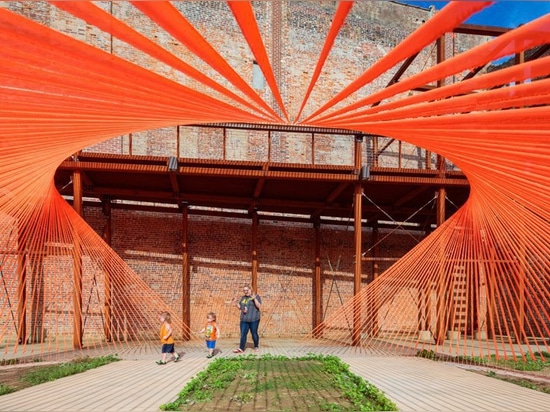