munkeruphus, a museum and former country house on the north coast of zealand, denmark, has commissioned simon hjermind jensen to create an architectural structure for its adjacent park.

the project serves as an open and accessible pavilion for everyone to use. ‘I was curious to have a lot of time to sense and experience the site, both in daylight and after nightfall,’ says simon hjermind jensen, who started the design process with a 24 hour stay on site. ‘I enjoyed observing the path of the sun and the moon, and I experienced a presence in these observations.’during his stay, hjermind jensen created a ceramic model of the structure and chose a site for it within the park. this model and the chosen site, combined with observations of the sun and the moon, became the base of the project. here, like his other architectural projects, hjermind jensen uses a distinct construction technique inspired by the craft of the tailor. like the tailor he joins two-dimensional pieces into three-dimensional objects.

back at his studio, hjermind jensen continued the work with ceramic models and drew his constructional pattern directly on the scale replica. after 3D scanning the model, he recreated the pattern with parametric vector lines on the computer. between these lines he then created single curved surfaces which, via software, he unrolled into flat shells that were fabricated using CNC technology. on site, these plywood and polycarbonate surfaces were bent into place and attached to each other.

simon hjermind jensen describes the interior of the 5.7meter-tall (18.7ft) observatory as both ‘cave-like’ and ‘sacral’. cave-like because of its organic and asymmetric appearance, and sacral because of the light entering from above. a wooden bench, which can accommodate up to 25 people, runs along the walls and can accommodate 25 people. a centrally positioned podium can be used for bonfires, while an overhead oculus ensures that smoke can escape. furthermore, this opening is tilted towards the south to maximize sunlight and views of the full moon. 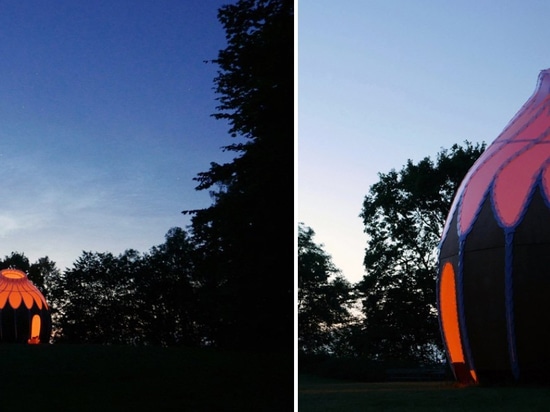 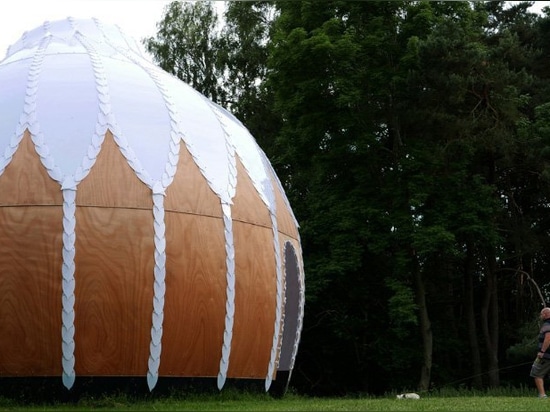 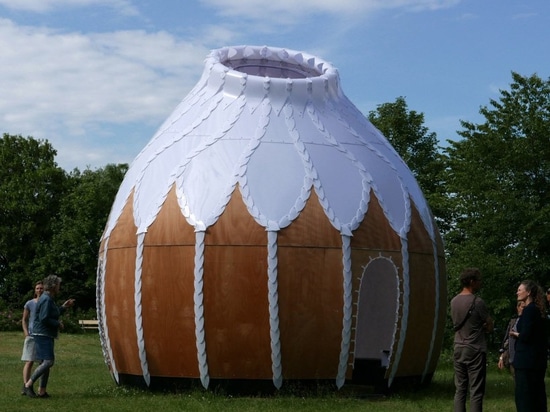 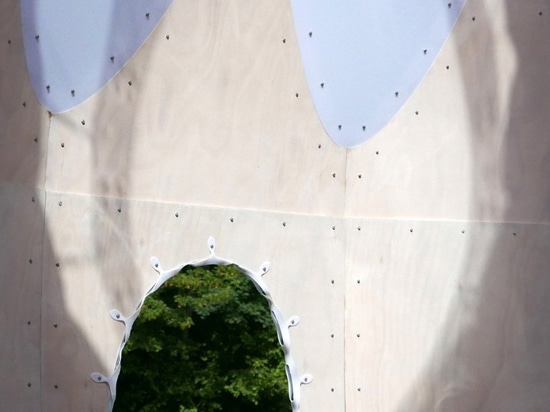 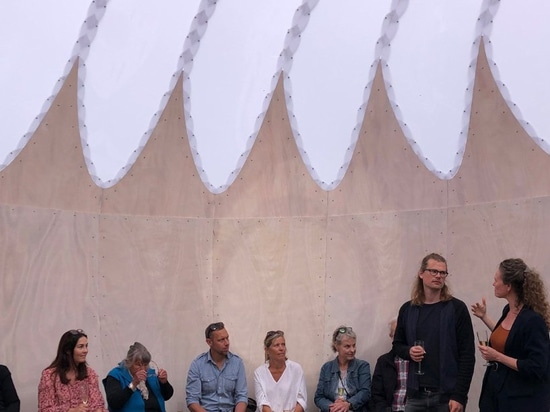 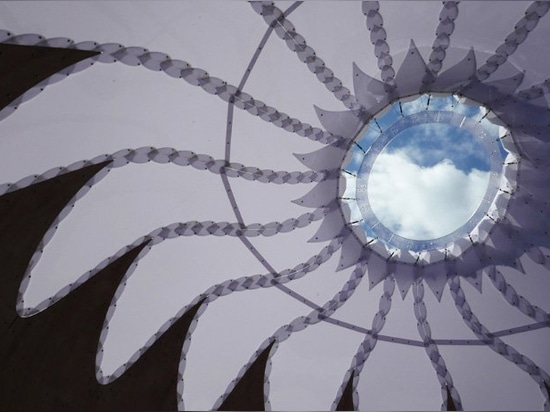 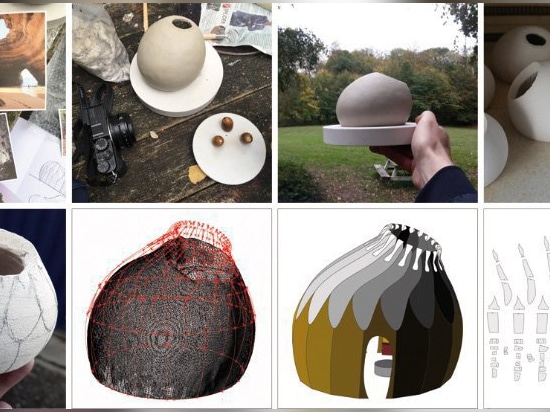