Sybold Ravesteyn’s modernist house in Utrecht opens to the public

Alittle known modernist gem in Utrech has just opened to public; and about time, as the house of architect Sybold van Ravesteyn (1889-1983) represents a fascinating architectural exercise in the space between functionalist utility and neo-baroque fantasy.

Compared to the famous Schroder House, built by Gerrit Rietveld in 1924 and located just a few metres away, Dutch modernist Sybold van Ravesteyn’s home is still a relatively unknown example of European interwar architecture. Small, refined and surprising, the house has now launched as a museum, following extensive restoration this summer.

This simple brick structure with its curved walls and large circular window overlooking the street was built between 1932 and 1934. It demonstrates an arguably different approach to the modern architecture of its time and shows how modernist principles were used and occasionally regionally transformed during the 1930s, infusing strict rationalism with something more exuberant and fun.

This approach can also be seen as representative of Sybold van Ravesteyn‘s bold career. This prominent architect worked extensively for the Dutch railway system, designing train stations in Utrech (1936-1940), Rotterdam (1950-1957), Nijmegen (1954) as well as elsewhere across the country. During the 1930s, his austere formal language slowly changed in favour of organic curved forms, popular during that period.

But Ravesteyn went even further, using the decorative vocabulary of historical styles and integrating it into his modernist structures. Some of the most interesting examples of this symbiosis are his work for the Theater Kunstmin in Dordrecht (1938-1940) and Rotteram Zoo (1941). His own house in Utrecht, where he lived to the age of 92, is one of his first projects of this kind. It is an intimate example of an unorthodox stylistic fusion, closer perhaps to the work of Italian designer Carlo Mollino, than the more austere Dutch modern movement representatives of the time.

The house is equipped with several custom-designed elements and furnishing systems. The living room and study are located on the ground floor. This large, multifunctional space is organised around bespoke, built-in furniture, such as a cantilevered bar with curved glass shelves and expressive storage pieces. The ceiling is lined with glass to create a single, large illuminated panel. A colourful stairwell leads to the first floor, where three small bedrooms and a terrace are located.

The house is open to visitors by appointment, while also offers the option of overnight stay in one of the first floor bedrooms 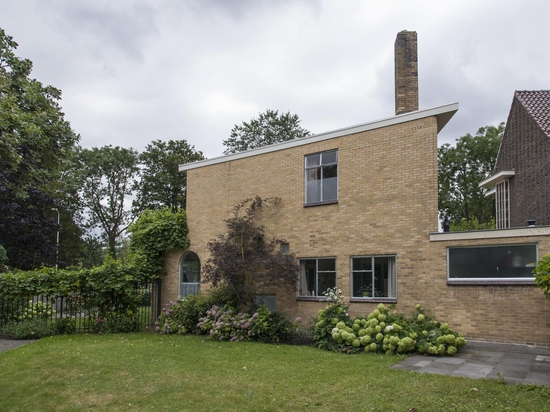 Utretch now has a new modernist house-museum in the shape of Sybold Ravesteyn’s home, which recently opened to the public, just a stone’s throw from the city’s more famous Schröder House. Photography: Pauline Dorhout 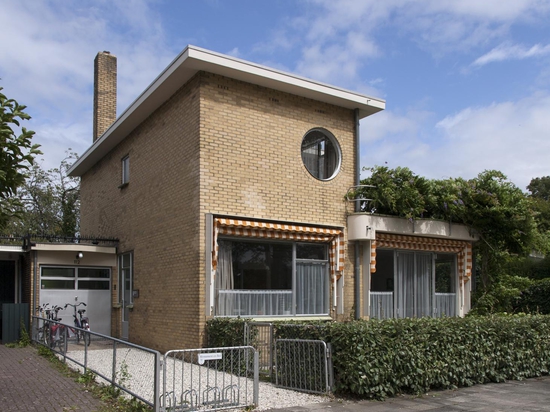 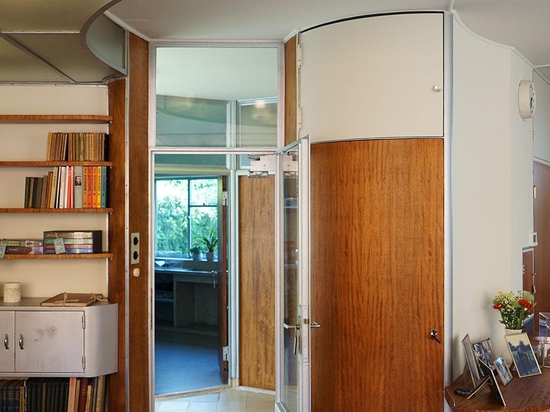 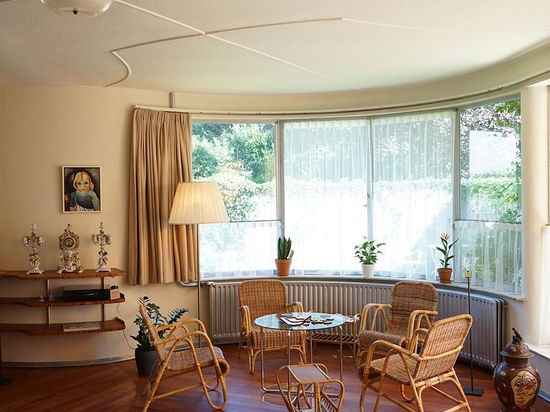 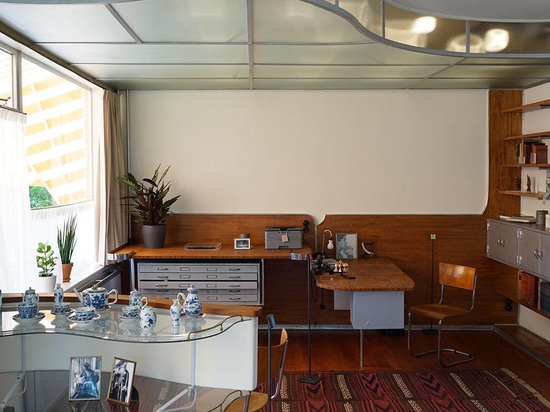