compared to cosmopolitan Prague and the industrial powerhouse of Brno, Zlín was just a sleepy provincial Czech town before local entrepreneur Tomáš Baťa founded his shoemaking business there in 1894.

With his help, the small Moravian town played a crucial role in the former Czechoslovakia’s journey towards prosperity and innovation, which led to it becoming one of the most developed countries in the world in the 1920s and 1930s – not least thanks to the spread of modernism, a movement that dominated the architectural discourse in the country at the time, and helped inspire a series of economic and social changes.

Soon, thanks to Baťa and his Zlín-based company (spelt Bata), Czechoslovakia became one of the world’s leading footwear exporters. An admirer of Taylorism – the progressive management theory of the time, which focused on economic efficiency and worker productivity – Baťa saw huge potential in modernist architecture and embraced it for the construction of his company’s spaces. He collaborated chiefly with two architects: Vladimír Karfík, who apprenticed at Frank Lloyd Wright’s Taliesin before designing most of the Bata stores during the 1920s and 1930s; and František Lýdie Gahura, who developed standardised structural systems to design factories and employee housing for the company. Gahura would change the landscape of the city, which was admired even by Le Corbusier, who visited Zlín in 1935.

Le Corbusier arrived three years after Baťa’s sudden death. The Czech pioneer crashed in his private plane while on the way to Switzerland, throwing an entire nation into shock and mourning. While his business was taken over by his half-brother Jan Antonín, Zlín’s local authority decided to create a memorial to its hero. Gahura was commissioned to design the monument, on a prominent site overlooking the city – much like a modern Acropolis. Gahura designed the building according to modernism’s strict functionalist principles, following Baťa’s personal and business values of modesty, purity and simplicity. Inspired by the structural design Gahura developed for the Bata factories – a modular construction system based on a 6.15m x 6.15m grid of reinforced steel, infilled by bricks – the memorial is a sharp, minimalist glass box with a flat roof. It features rows of circular, load-bearing columns and a central staircase that connects its three levels. The space housed busts of Bat́a, his brother Antonín, a company co-founder who died in 1908, and their mother Anna. At the memorial’s launch on 12 July 1933, the interior was dominated by a Junkers F13 plane (the model in which Baťa crashed). The ground floor was filled with memorabilia related to Baťa and his company, while the first floor was reserved for a footwear exhibition, and the top level remained empty.

The following years were tough for the Bat́a family. Jan Antonín escaped to Brazil in 1939 as the German army moved in, while Baťa’s son Thomas moved to Canada. In 1948, communists came to power in Czechoslovakia and labelled the Bata company a capitalist enemy of the country. While Jan Antonín and Thomas continued to develop the brand abroad, the Communists nationalised the factories in Czechoslovakia. Zlín was renamed Gottwaldov (after president Klement Gottwald) and the memorial was transformed into an art gallery. Changes and additions made the monument almost unrecognisable.

The Zlín municipality started discussing restoring the structure in the 1990s. In 1995, British architecture historian Kenneth Frampton visited the city and shared his disappointment in a letter to Czech architecture historian Rostislav Švácha, saying ‘the only disillusionment was Bat́a’s memorial, which apparently did not receive good treatment’.

In 2011, the city approved the restoration project and moved the art gallery to a new space. Architect Petr Všetečka, of the Brno-based Transat studio, was tasked with the job and works finally began in 2016. ‘The memorial is an architectural gem, but the reconstruction work that took place in the 1950s ignored all of Gahura’s principles,’ he says. Všetečka worked with archival material and detailed technical research to achieve as authentic a restoration as possible. He stresses how important it was to work with Gahura’s original spirit of simplicity, while ensuring that the new structure adheres to contemporary requirements.

All later additions to the structure have been demolished. Glass sheets were reproduced to the original design, the concrete staircase had to be rebuilt, and original details, including doors, sockets and the window opening mechanisms, were repaired or replicated.

After decades of neglect, the Tomáš Baťa Memorial has now been restored to its former glory, and is due to reopen to the public in May. A replica of the original Junkers plane is being made in Canada and will take its place in the memorial to complete this sensitive and culturally important project. § 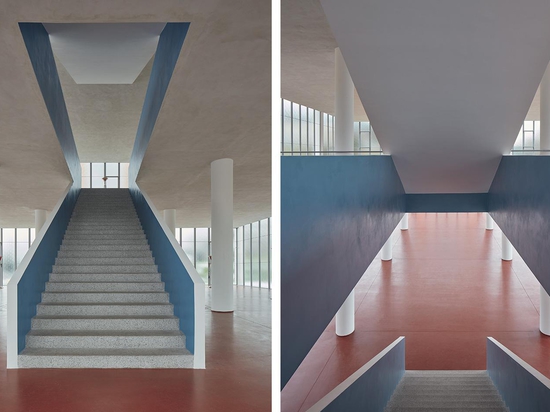 Designed by architect František Lýdie Gahura and completed in 1933, the memorial was intended to embody the Modernist principles of the founder of the Bata shoe company. The restoration, by Petr Všetečka, includes the rebuilding of the dramatic staircase that connects the three levels. Photography: Boysplaynice 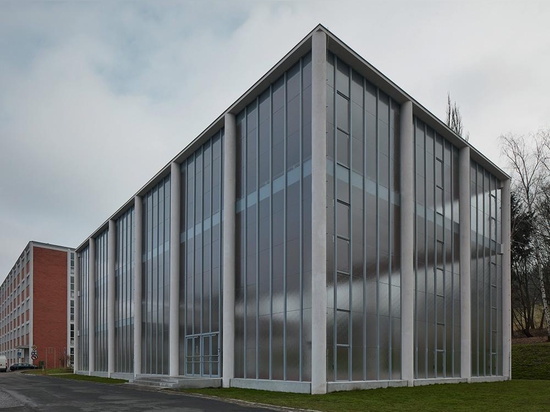 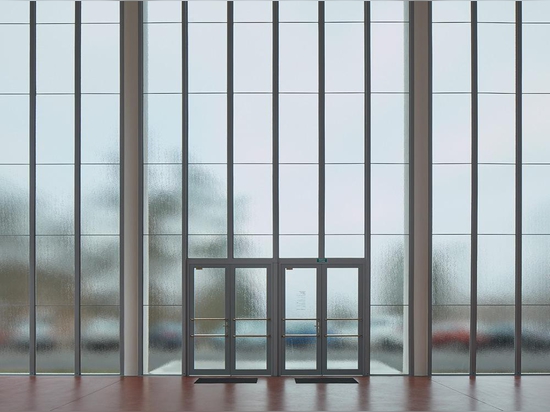