Designed by Oslo-based architecture practice Aslak Haanshuus Arkitekter, this sorbet-spruce fir-clad house lands gently upon the forest floor. While it’s a relatively large detached house, it’s a surprisingly light landing – it’s four wings stretch out from its core, spreading out its weight over the land.

The sloping plot, with views of Norway’s picturesque Frierfjord, was a rocky base covered in trees – but instead of clearing and leveling, careful topographic studies of the site were made before the designing began. The lower floor of the house is sculpted around the rock beds and the trees, guiding its shape into four wings that wrap into the landscape.

Architect Aslak Krogness Haanshuus, who led the project, is familiar with building in Norway’s landscape – his Z-shaped cabin in the Gudbrandsdalen valley similarly fell into step with its environment. Here at Villa Bamble, which is named after its location in Bamble, Stathelle in the Telemark region, the landscape also defined the way of life.

Because of the plan, rooms could be orientated in a diverse range of angles to reflect their function. The bedrooms face the morning sun to the east for a sunny, energized wake-up. The kitchen and dining room faces south west making the most of the light for as long as possible. While the living room faces, north-west, orientated to appreciate the view of the fjord.

Reaching into the forests like fingers, each wing has an outdoor paved concrete terrace at the end. From the dining room, the terrace extends into a walkway that you can follow to a sheltered spot for a private moment.

Villa Bamble does its best to lie low – the connected wings all have flat roofs, that help to create more horizontality for the architecture to hide behind the trees, embed into the land, and become a bridge for experiencing nature through the house’s large windows. 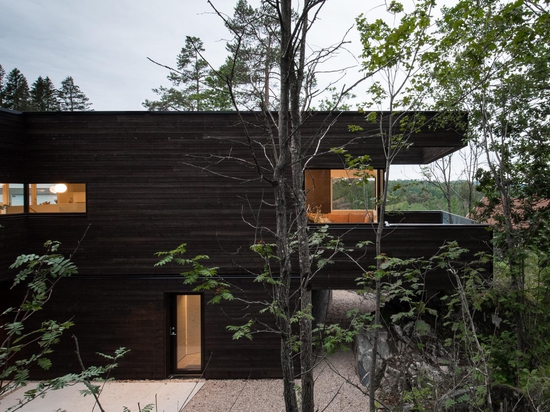 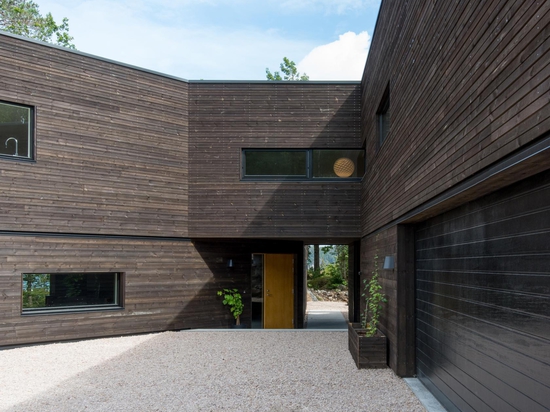 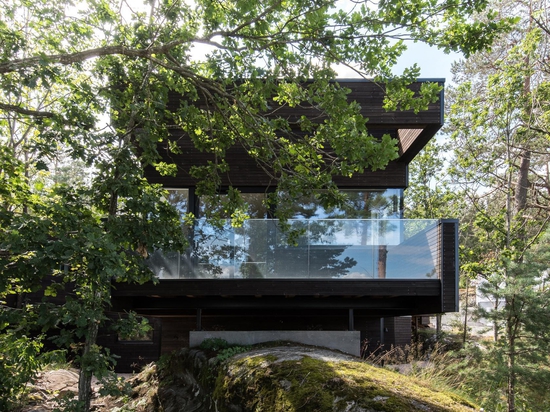 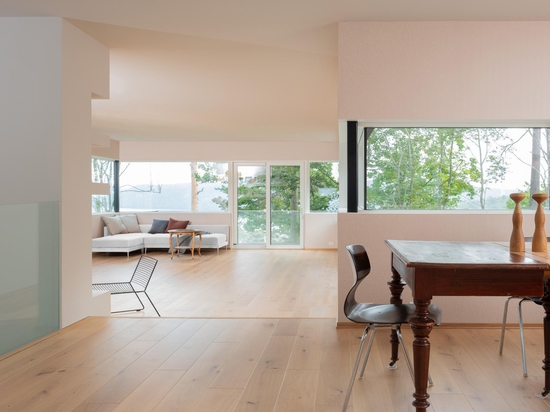