A traditional Chinese hutong compound is reimagined for the 21st century

located in one of Beijing’s famous hutong neighbourhoods, this new multiuse boutique complex by Chinese architecture practice Archstudio is a contemporary reimagining of a traditional Siheyuan compound – a Chinese building typology of the Beijing region, where a series of smaller structures with a sloped roof are arranged around a central courtyard, turning their back to the street.

This type of arrangement applied to many different uses – from government buildings to residential and mixed-use complexes, like this one.

Set within the Chinese capital’s Qianliang Hutong in the Dongcheng District, this particular project however tells a slightly different story than the most typical Siheyuan compounds. Its original structure, composed of two main parts – a couple of brick structures at the front, and a larger U shaped one at the back, in between outside areas – did not feature the traditional sloped roofs. Flat roofs were found instead, which the architects embraced, adding staircases to make them accessible and turning them into a real feature in their composition – a real rarity in central Beijing. The team then focused on transforming the interior, which was originally divided into several small, narrow and dark rooms, opening them up and completely reconfiguring the internal arrangement to create bright, generous rooms, fit for 21st century use. Adding glass walls and four different courtyards, embellished by planting and water features, enhanced this connection with the outdoors, creating a sense of space inside and out.

The material palette is simple and chosen to reflect the surroundings, comprising bricks, grey tiles and cement. Details, such as reusing old bricks from demolished buildings in the area and forming seats for resting through folds in the walls, hint at the care and attention to detail from Archstudio’s part.

‘The rebuilt building will be rented for multiple purposes such as working, friends gathering, and dwelling, so the greatest challenge for this transformation project was how to present a more dynamic space with a variety of functions through appropriate demolition and renovation based on site conditions,’ say the architects 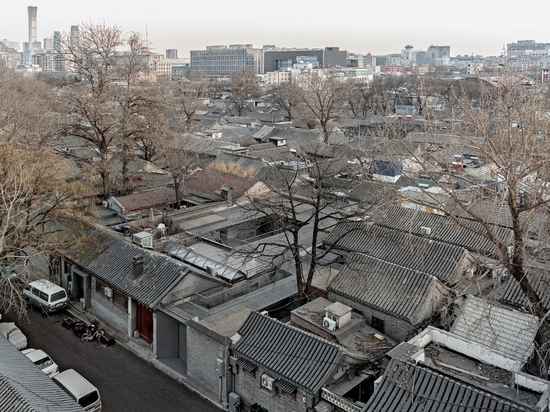 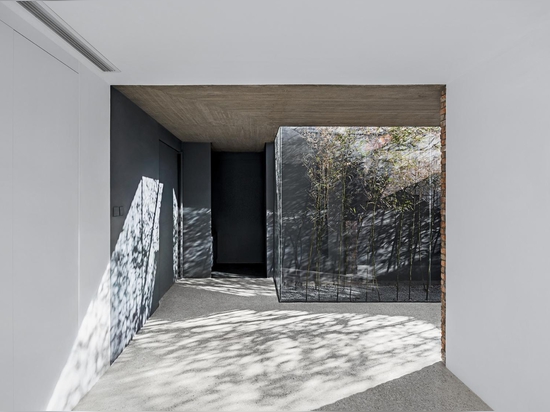 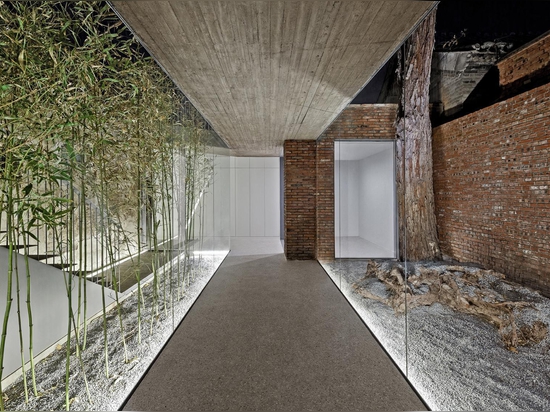 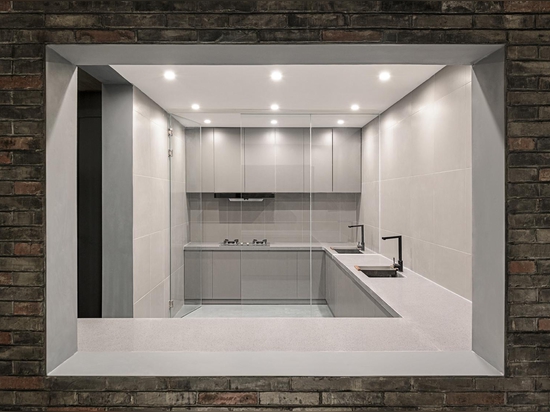