With their grown children living in different parts of North America, Indiana-based couple John and Pat Troth sought a retreat where they could bring their nature-loving family together in one place.

To that end, the couple asked Seattle-based architectural firm Wittman Estes to transform a midcentury cabin in Washington’s Hood Canal into a getaway that would immerse their family into the coastal forest. Using repurposed materials, a simple and modern aesthetic, as well as an indoor/ outdoor living approach, the architects created the Hood Cliff Retreat, a cluster of timber cabins where the family can watch birds and take in the nature of the Hood Canal. Located on a 1.13 acre site atop a bluff, the Hood Cliff Retreat replaces an existing cedar cabin that was originally built in 1962 but was largely closed off from its surroundings. To better accommodate the family’s needs for space and desire to be connected with nature, Wittman Estes demolished the original cabin and repurposed its 20-foot-by-20-foot footprint for the new main cabin. An extension was added to the side of the main cabin and a new bunkhouse and bathroom were placed on the north side of the site.

The three single-story structures were kept deliberately simple so as to keep focus on the outdoors and to minimize the construction budget. Clad in rough-sawn cedar siding and cement panel finishes, the light-filled buildings simultaneously blend into the forest and open up to the landscape with large glass openings, sliding doors, and continuous decking. Reclaimed beams and siding from the original cabin were used for countertops and interior cladding in the new buildings.

“We sought to dissolve the barriers between the inside and out, between forest, garden, and structure,” says Wittman, who describes the sustainably minded retreat as an expression of “tactile modernism,” connecting the family to the rich sensory experiences of the Puget Sound ecosystem. 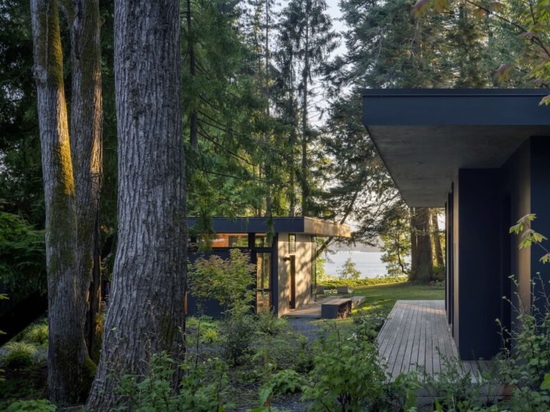 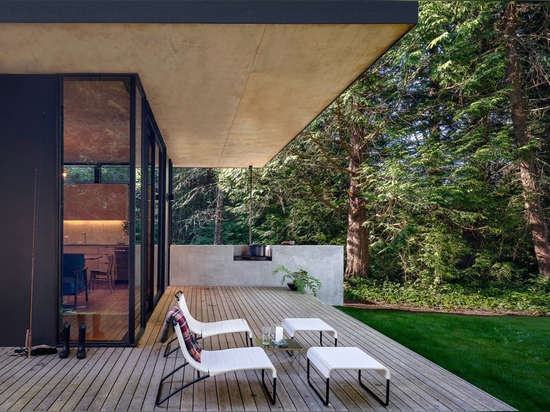 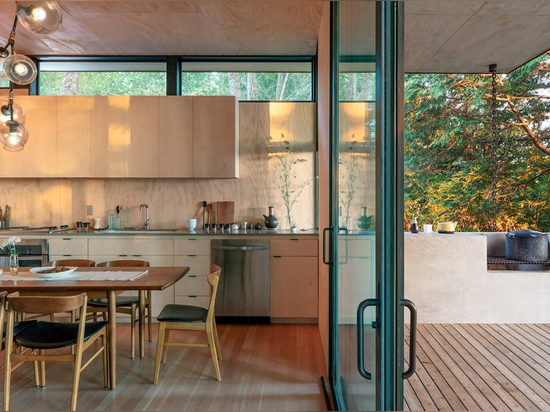 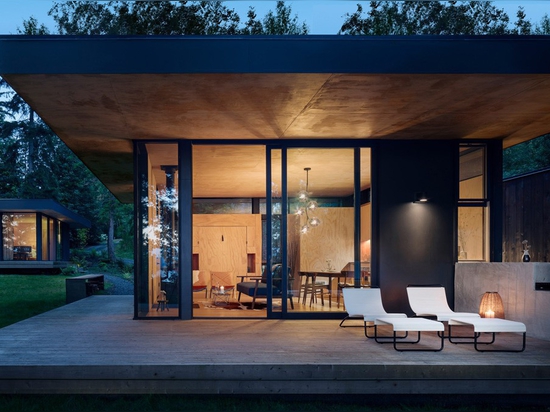